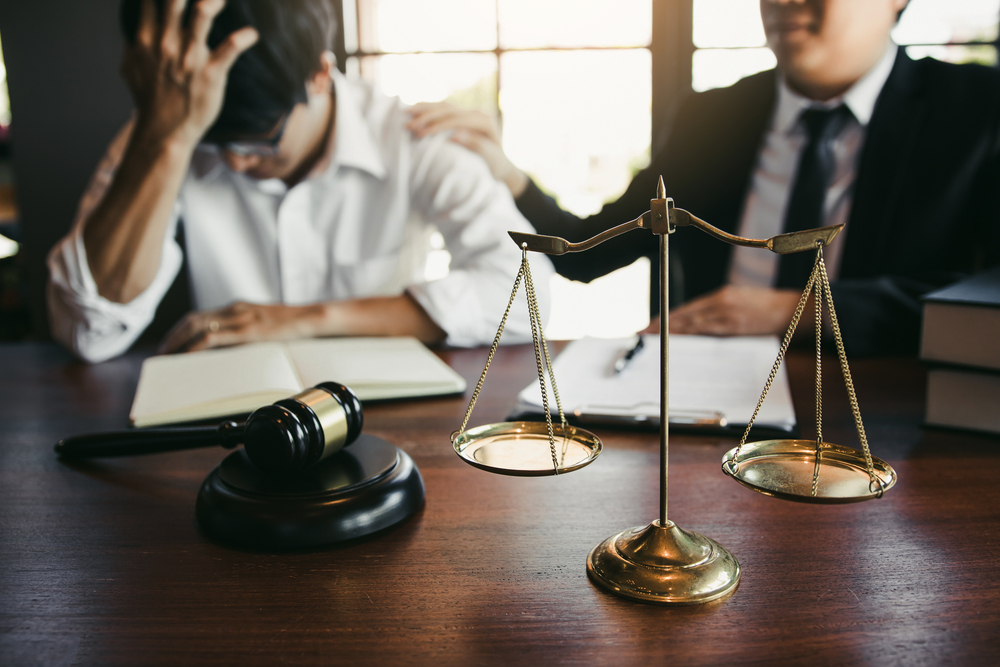 We Need a Trauma-Informed Legal System

Tens of millions of people in this country have experienced violence, abuse, and sexual assault. These are traumatic experiences, often made all the worse for survivors by the legal system.

Now there’s a movement underway to change that. In university law classes and training programs for established attorneys, trauma awareness is gaining traction in law practices across the country.

At its root, trauma awareness is about “assessing trauma and trauma symptoms in all routine practices and then asking: ‘What happened to you?’ not ‘What is wrong with you?’” said Deeya Haldar, co-author of The Pedagogy of Trauma Informed Lawyering.

The shift in thinking first started in the field of mental health about a decade ago. Now “trauma awareness in the legal system is a significant trend,” said Eva Klain, a Washington D.C.-based attorney and a spokesperson for the American Bar Association.

Though “super late to the party,” lawyers are “trying frantically to catch up because so much of what is going on in our clients’ lives is dictated by their trauma,” said  Sarah Reisman, a supervising attorney at the Community Legal Aid SoCAL, an organization that advocates for people who earn low wages.

Meanwhile, the Black Lives Matter movement has brought urgent attention to systematic racism that includes police brutality — a form of trauma that calls urgently for the need for trauma-informed legal help. Without this care, legal experts say, many people are likely to be re-traumatized in a system that diminishes them as unreliable, untrustworthy, even challenging to represent.

“Trauma-informed attorneys, even if they are not from the same culture as their clients, would be able to incorporate that understanding of racism as a trauma into their representation,” said Haldar.

Meg Garvin, executive director of the National Crime Victim Law Institute, said her organization trains as many as 4,000 attorneys and legal advocates a year in the nuances of trauma-informed lawyering. Ten years ago, she estimated, that number was 1,300.

By definition, a trauma-informed legal practice aims to reduce re-traumatizing the client by recognizing the role trauma plays in shaping the lawyer–client relationship.

“We step away from the paradigm that we hold all the information and they know nothing — a paradigm that re-traumatizes a person,” said Rebekah Thomas, president-elect of the Thurgood Marshall Bar Association in Orange County, California.

In addition to her personal experiences with racism, Thomas has attended classes on how to be a trauma-informed attorney. One of the most important lessons she learned, she said, was how intimidating the law is to a lay person, and therefore how important it is to help each person involved in the legal process to feel empowered.

A recent example: A Black Irvine, California resident contacted the Association, Thomas says, saying he felt Mayor Christina Shea had violated his First Amendment rights by blocking his profile on Facebook after he made comments in support of the Black Lives Matter movement.

“We asked him: Do you want to come to the press conference? Would you like to speak to how you felt? It wasn’t just, ‘Thank you for telling us, let the lawyers take it from here,’ Thomas said. “He felt heard. That was the trauma-informed part. What he may find is that: ‘Hey, my voice matters.’”

In July, the Irvine resident filed a complaint in federal court, accusing Mayor Shea of violating his First Amendment rights. In January, the city of Irvine settled the suit for nearly $40,000.

Those who don’t feel heard are much more likely to walk away from the legal system and sometimes all government systems, legal experts say, vowing never to engage in them again.

Trauma-informed practices, on the other hand, can make the legal system — and, hopefully, justice — much more inclusive.

Lori Teresa Yearwood is a freelance journalist and contributing editor for the Economic Hardship Reporting Project, which produced this piece. This op-ed was adapted from a longer version at Slate.com and distributed by OtherWords.org.