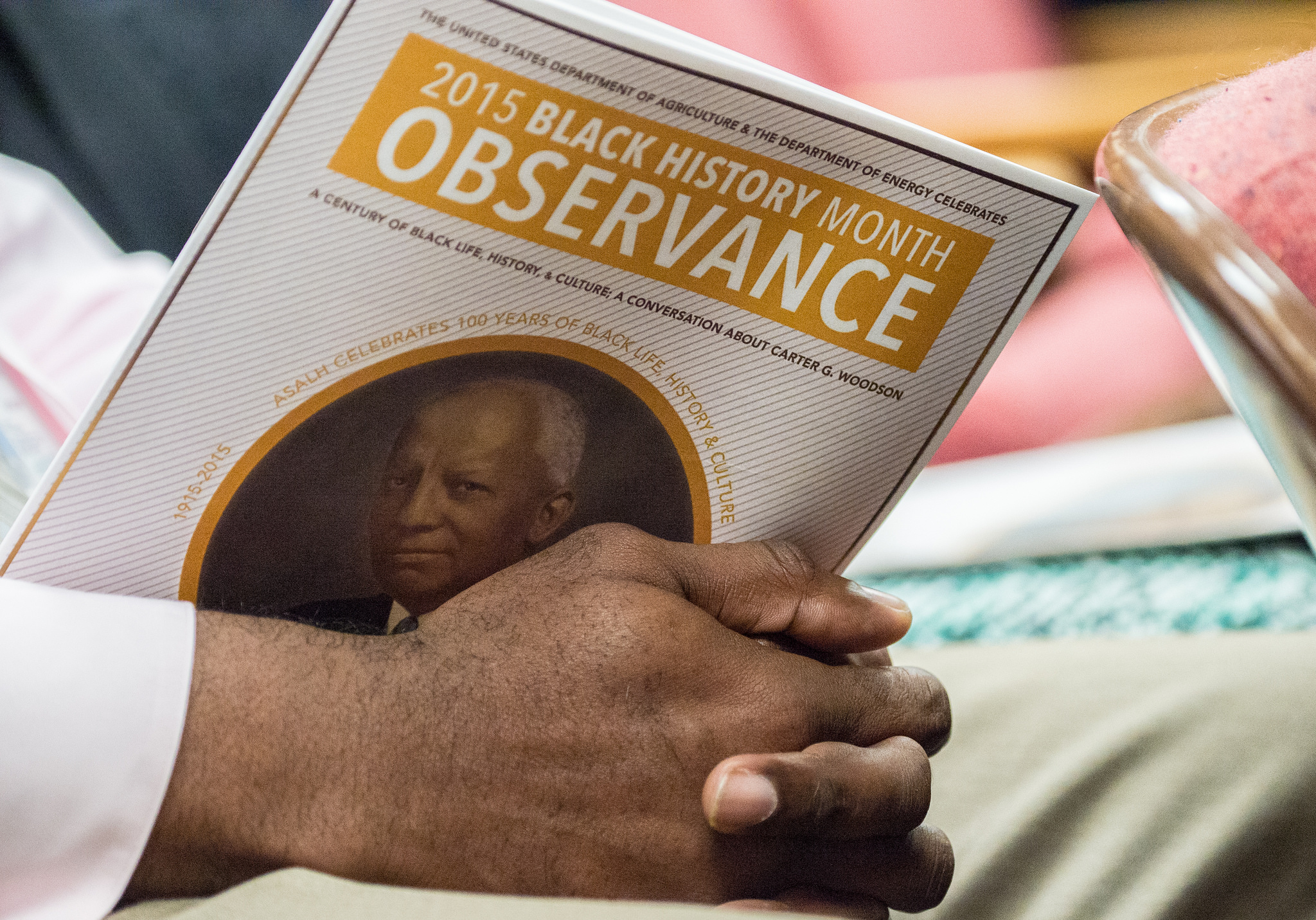 Carter G. Woodson was born in Virginia, 10 years after the fall of the Confederacy. Working as a sharecropper and a miner, he rarely had time to attend school until the age of 20.

But he sure made up for lost time. Woodson would devote the rest of his life to studying, and today he’s known as the father of African-American history.

Through his studies, Woodson wrote, he found that African-American contributions to history ”were overlooked, ignored, and even suppressed by the writers of history textbooks and the teachers who use them.”

He concluded that racial prejudice “is merely the logical result of tradition, the inevitable outcome of thorough instruction to the effect that the Negro has never contributed anything to the progress of mankind.”

And that, he believed, had a dispiriting effect on young black people. “Those who have no record of what their forebears have accomplished lose the inspiration which comes from the teaching of biography and history,” he observed.

Black History Month, which Woodson founded as Negro History Week in 1926, was his effort to combat that tradition. Chosen to coincide with the birthdays of Abraham Lincoln and Frederick Douglass, the second week in February was designated as a time to celebrate black history.

The first year, education officials in just three states and two cities recognized the event. But by 1929 it was being promoted in nearly every state in the nation.

In 1970, black students at Kent State University celebrated the first unofficial Black History Month. Just a few years later, in 1976, President Gerald Ford himself officially recognized the event. “In celebrating Black History Month,” Ford said, we can make “progress in the realization of the ideals envisioned by our Founding Fathers.”

And, seizing on Woodson’s efforts, he added: “Even more than this, we can seize the opportunity to honor the too-often neglected accomplishments of black Americans in every area of endeavor throughout our history.”

In the intervening decades, we’ve seen remarkable progress in racial justice — and also heartbreaking setbacks. These days there are some people in the black community who, as in Woodson’s own day, feel Black History Month is unnecessary.

And their essential point is valid: Black history is American history, and we shouldn’t relegate its teaching to one month a year. But that isn’t the point of Black History Month.

The American dream remains perilously out of reach for many people of color. The National Urban League Equality Index — a figure my organization developed as a comprehensive comparison of black America’s status in the areas of economics, health, education, social justice, and civic engagement — stands at just 72 percent.

That racial disparity won’t disappear if we simply ignore it. Justice won’t be achieved unless we actively seek it out. Black History Month not only serves as a reminder of what our forebears have achieved, but as an inspiration for the journey that remains before us.