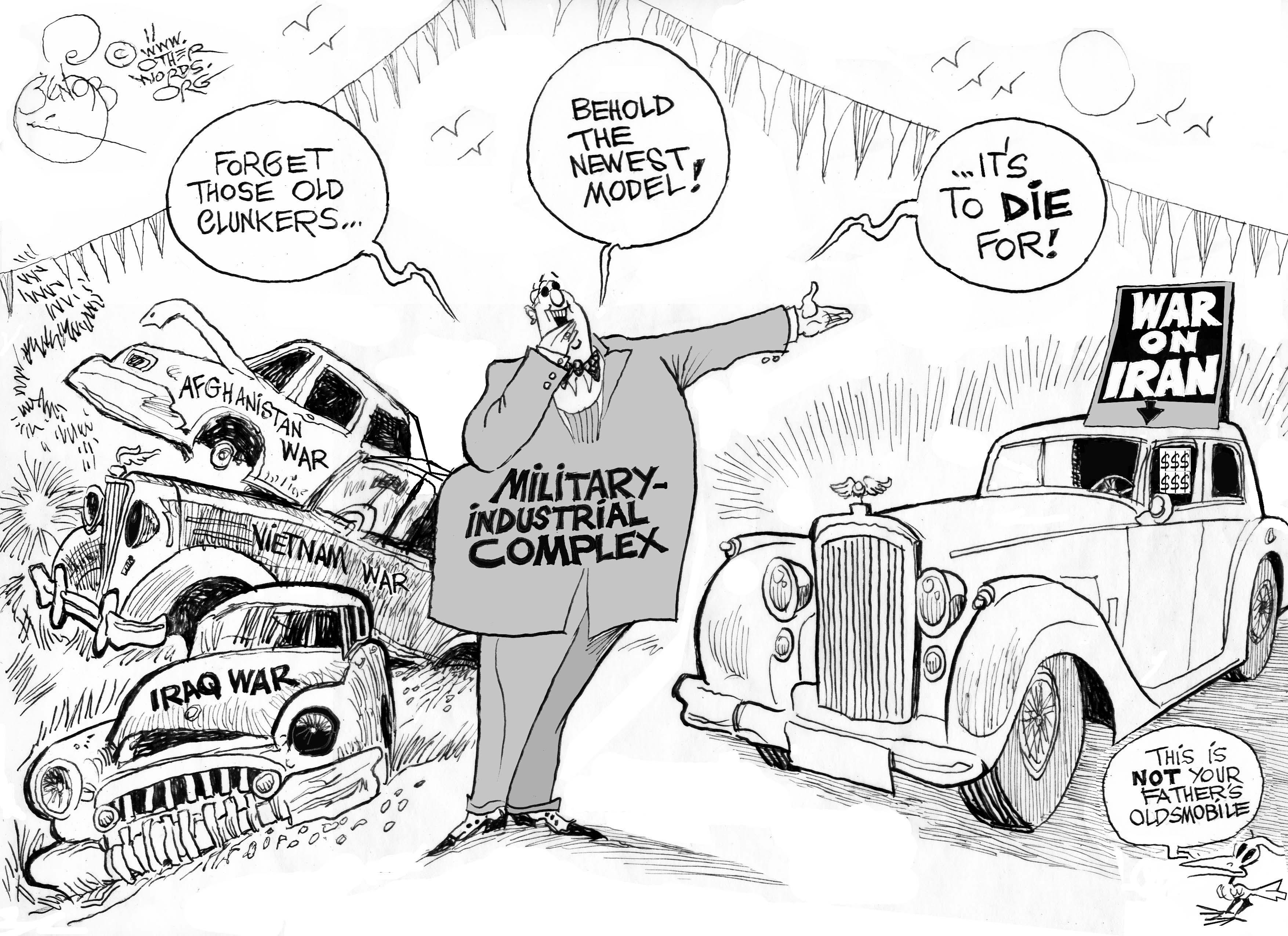 We Should Buy More White Flags

War for some,
Increases wealth;
For all the rest,
It ruins health.

Whether you go to Iraq, Afghanistan, Pakistan, or Libya, you’ll find civilian casualties of epic proportions, while big companies with military contracts enjoy soaring corporate profits. In Washington, these wars are busting the national budget. 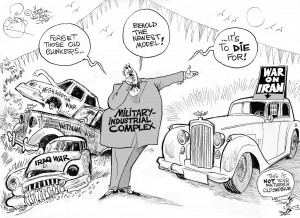 There’s no end in sight. Sen. Lindsay Graham, a South Carolina Republican, is pushing to invade Iran. GOP presidential candidate Mitt Romney calls for increasing the size of our already bloated military. So does Defense Secretary Leon Panetta. These smart men must realize that we can’t raise enough revenue to pay for such martial expansions. Maybe they think it’s okay to keep on borrowing indefinitely or to pay the bill with yet more social spending cuts.

Graham is worried about Iran’s nuclear program. No doubt. Such worries already led us to invade Iraq. There’s always some such excuse, but the real reason for invasion is inevitably oil. Iran, Iraq, and Libya have an ocean of it, and Afghanistan offers that old shimmering imperial dream of a pipeline from Turkmenistan’s bottomless petroleum supply directly to India, thus bypassing Russia and Iran.

All these oil-rich targets have traditionally been worth any empire’s troops and treasure. Other secondary targets (that is, those lacking serious oil reserves) merit only our drones, Special Forces, and CIA saboteurs. Today these include Yemen, Somalia, Colombia, and Pakistan.

The new global reality will feature many more undeclared wars, as in Libya, than before, and that reality has already begun reshaping the Pentagon. Key military appointments are now conspicuously falling to Special Forces veterans and drone experts. These folks are skilled in conducting murder, assassination, and sabotage campaigns in lands where the United States isn’t formally engaged in hostilities. Specialists in electronic destruction are there too, especially hard at work in Iran.

Finding enough troops for all these foreign ventures isn’t too hard. Thanks to the Great Recession, recruiting stations are bursting. And we don’t need as many uniforms these days anyway.

Congress estimates that while we have 100,000 soldiers in Afghanistan, there are hundreds of thousands of mercenaries and other contractors. Their companies are paid handsomely and have greatly sweetened their own profits through fraud.

But one weighty problem remains with this shift in tactics from land-and-sea warfare to drone-and-spook warfare: politics.

Giant old-line bureaucracies dominate the Pentagon, and countless military-industrial complex lobbyists dominate Congress, all desperate to keep producing World War II-type weapons. Planes, tanks, subs, carriers, cannons, and nukes thus continue to be churned out at great expense, largely unneeded. How do we stop this expensive conveyer belt? No one knows, but that failed supercommittee may have helped get things started.

Then there’s the human cost of war. According to Libya’s National Transitional Council, an estimated 25,000 people died during the NATO-backed insurrection. Vietnam recently reported 104,000 peacetime casualties from previously unexploded bombs since 1973, to say nothing of the millions of victims of Agent Orange and depleted uranium in Vietnam and Iraq.

Unfortunately the White House doesn’t count these casualties in its equations.