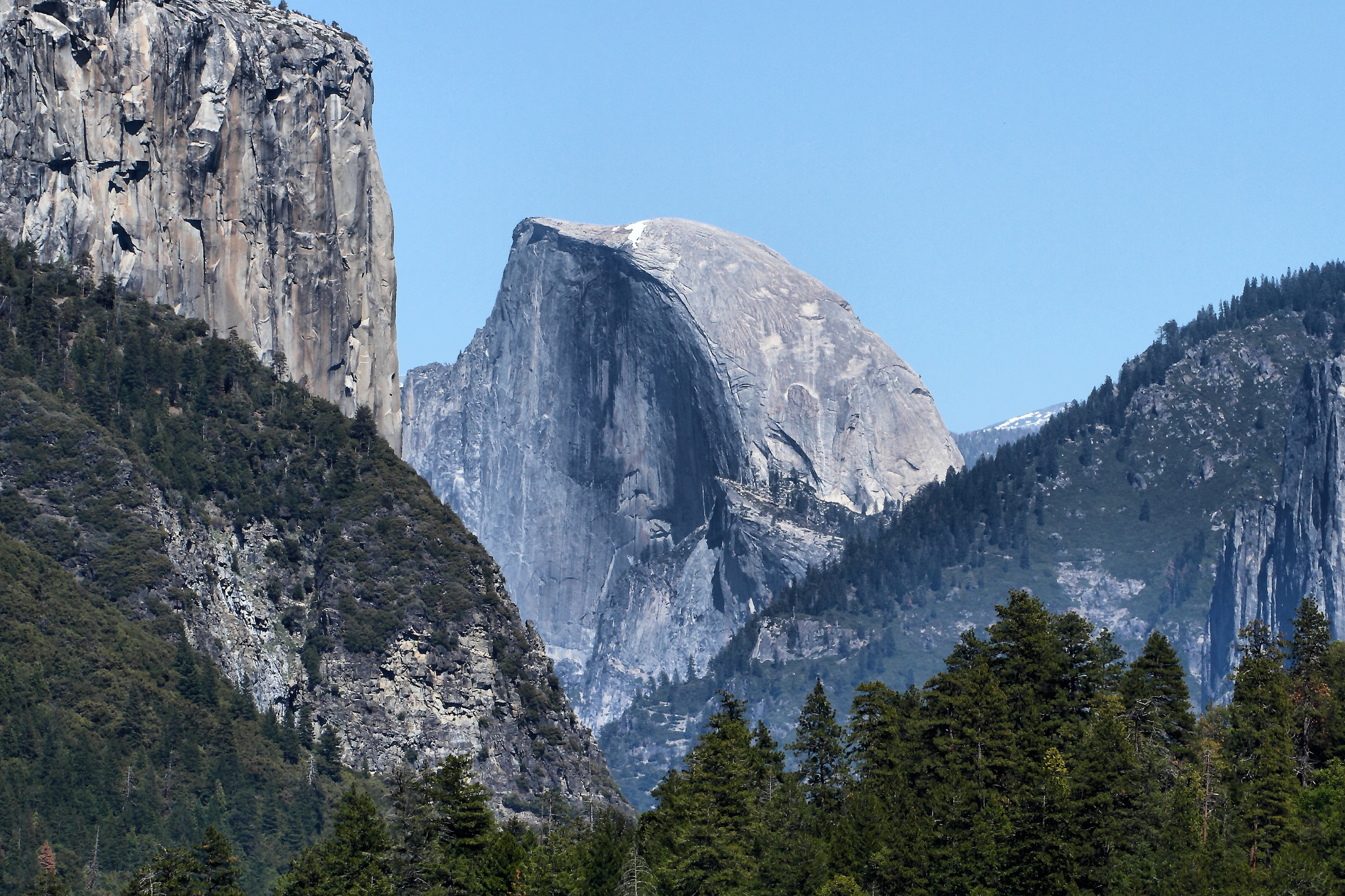 Welcome to Half Dome, Sponsored by Nike

Instead of funding our parks, the government will now auction off naming rights to the highest corporate bidders.
By Jill Richardson | June 22, 2016

Imagine painstakingly making up your way up the cables of Yosemite National Park’s famous Half Dome peak — only to see swooshes and slogans encouraging you to “Just Do It.”

“Welcome to Half Dome,” a gleaming banner greets you, “sponsored by Nike.”

Unfortunately, it’s a possibility. As the coverage swells over Barack and Michelle Obama’s recent visit to Yosemite and Carlsbad Caverns, Americans are learning that national parks will now start selling naming rights.

The parks are facing a hefty budget shortfall, so they’re turning to corporations — who are apparently more generous with cash than the current Congress.

Truly, this is a bummer. 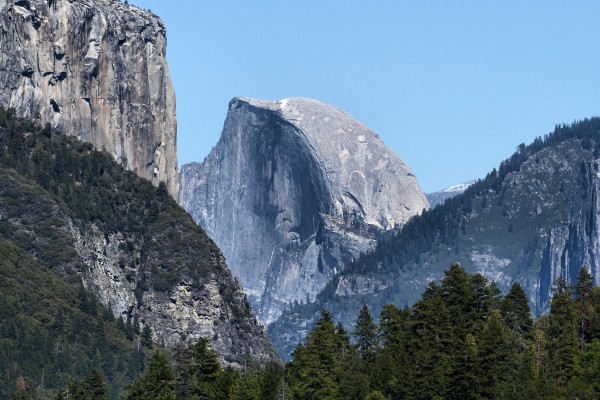 We go to national parks to escape the commercialism of modern life. Nothing is more spectacular than enjoying the beauty of a waterfall or the sunset over the mountains, or the magnificence of wild grizzly bears, wolves, and bison that one rarely sees outside of a national park.

What’s more, we don’t have to buy this majesty because we, the American people, already own it. There’s no need to consider what to buy or how much it costs when enjoying the splendor of a national park. For one thing, it’s worth more than money, and for another, it’s already yours.

But instead of properly funding our parks, the government will now auction off naming rights to the highest corporate bidders, thus cheapening the experience of the millions of Americans who visit the parks each year.

So Coca-Cola, which already wraps itself in the flag to peddle diabetes-inducing sodas, can now place its branding on the most iconic American destinations.

For now, there are limits to which assets businesses can name, and where they can use their slogans. But the next time there’s a shortfall, what else can we expect?

Maybe Angel’s Landing in Zion, brought to you by Victoria’s Secret Dream Angels bras? Or how about Apple, which named its latest operating system for the mountain El Capitan in Yosemite, buying naming rights for the actual El Capitan?

What about re-naming Utah’s Arches National Park for Dr. Scholl’s Arch Support shoe inserts? Or worse, for the Golden Arches of McDonald’s?

The only bright spot I can think of is that Pepsi changed the name of its lemon-lime soda to Mist Twist, so it’s unlikely that the soda Sierra Mist will be the sponsor of actual Sierra mist. Although I suppose that wouldn’t stop them from sponsoring Yosemite’s Mist Trail.

This is a bigger issue than just seeing a corporate logo or two on your next visit to a national park. This is about how we, as a people, agree to pay for running our nation.

You’ve heard the phrase “you get what you pay for.” Well, we are.

After more than three decades of anti-tax rhetoric and a lot of blustering by members of Congress about stopping the old “tax and spend” ways, they’re cutting back on what makes us American.

You weigh costs against value. You buy what you need. Sometimes it makes sense to spend a little more for better quality. And you certainly wouldn’t avoid expenses related to your core values just to save a buck.

Let’s treat our national parks like the treasures that they are — not as albatrosses to cut costs on by selling naming rights to the highest bidder.