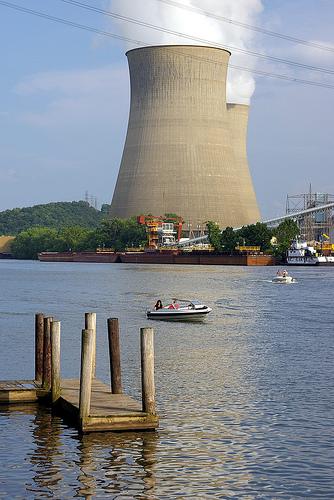 As a mother with a toddler, I’m always trying to protect my daughter. From choking hazards to toxic household chemicals, from busy streets to steep stairs, there are a lot of dangers that keep us parents on our toes. Unfortunately, there are some toxins our children get exposed to before they are even born.

Mercury is a particularly harmful air toxin that spews from the smokestacks at coal-fired power plants into our waterways. From there, it builds up in the environment and in the fish we eat. It’s a potent neurotoxin that’s especially dangerous to children and embryos. Being exposed to mercury in the womb can harm a child’s ability to walk, talk, read, and write. 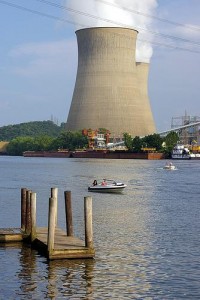 Mercury contaminates fish, which can poison us. Just one gram of mercury deposited from the atmosphere per year, over time, is enough to contaminate a 20-acre lake so severely that its fish will become unsafe to eat on a regular basis. Yet 48 tons of this deadly chemical are being pumped into our air each and every year from coal-fired power plants alone. It’s the largest domestic source of unregulated mercury emissions in the United States.

The mercury problem is so widespread that, according to studies by the Environmental Protection Agency, at least 1 in 12 — and as many as 1 in 6 — American women of childbearing age have enough mercury in their bodies to put a fetus at risk of developmental problems. That means that over 300,000 babies are born each year at risk of mercury poisoning. These statistics scared me when I was pregnant and still shock me.

Thankfully, the Obama administration is expected to move forward soon with new, long-awaited protections from mercury based on recommendations from the EPA. Right now, there are no national limits on the amount of airborne toxins that coal-fired power plants can spew into the air. These new protections are poised to reduce mercury pollution by over 90 percent. But they’re not in place yet.

Our families are paying for the costs of toxic air pollution with these sometimes deadly health problems, as well as unfishable rivers, lakes, and streams. Study after study shows that to protect public health, polluters must significantly reduce the amount of toxic air coming out of their smokestacks.

We need the EPA to protect us from mercury pollution with national limits for power plants. It’s not just parents and grandparents who should care. If you’re an avid angler, how tired are you of all the advisories against eating the fish you catch? Cleaning up mercury means safer fish, fewer cases of learning disabilities, and reduced incidence of heart disease.

Strong mercury standards will also help our economy. New protections can reduce the costs of health care for people sick from toxic pollution, and they can create jobs installing pollution-control equipment in power plants. Putting these national protections in place isn’t rocket science.

In fact, most other industries are already meeting national mercury standards. Some states got so tired of waiting for federal action that they have enacted their own mercury standards for coal plants. The coal industry has enjoyed this national loophole for decades. Closing it is long overdue.

The EPA’s mission is to develop and enforce much-needed safeguards to keep polluters from making us sick. Dirty energy corporations are putting their bottom lines before our children’s health.

I know I can’t raise my daughter in a completely pollution-free world, but I can protect her from the worst of it by encouraging the EPA to stand up for kids. We need the Obama administration to protect American families by holding Big Coal and corporate polluters accountable.

Mary Anne Hitt is the Director of the Sierra Club’s Beyond Coal Campaign. beyondcoal.org
Distributed via OtherWords (OtherWords.org)