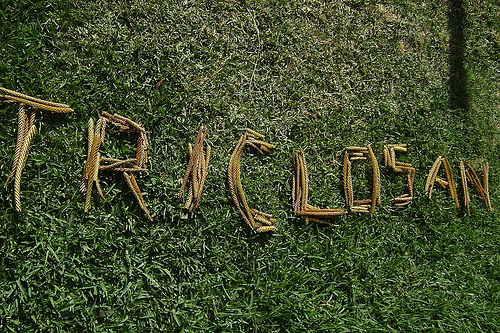 I don't want to expose the most precious people in my life to an endocrine disruptor.
By Jill Richardson | February 27, 2013

A few years ago, my world changed when I began dating a single dad whose youngest child was a toddler. Bonding with and loving his two kids has been the single most enriching and rewarding — and sometimes frustrating and exhausting — experience of my life.

During the three years we lived together, I became a de-facto stepmother. Parents, you know how it is with 3-year-olds. The name of the game is “choice.” Either you yield some control and decision-making power or they’ll assert themselves in ways you might find inconvenient.

As we introduced the little one in my life to normal routines like brushing her teeth, washing her hands, and going to bed at a reasonable hour, we tried to make it fun.

“Do you want to use the bubbly soap or the fruity soap?” we’d ask her. “Do you want to wear SpongeBob or princess jammies?” This was a much more successful strategy than simply commanding her to go to bed.

Around the same time, I began reporting on some very scary chemical news. One by one, I’d discover the dangers of this toxic chemical or that one. I carefully eliminated these chemicals from my own life, replacing them with affordable and effective alternatives.

Out went Herbal Essences, and in came Dr. Bronner’s castile soap. And who needs a chemical cocktail labeled “aloe” when they can easily keep an aloe plant in the front yard or their windowsill to take care of sunburns?

But occasionally, out of curiosity, I’d pick up Miss Toddler’s bubbly soap or princess pajamas to read the ingredients label. Lo and behold, the kid products — which should be the safest things in the house — were often the most toxic.

One offending ingredient in the soaps and toothpaste marketed for tots is triclosan. It’s common in anti-bacterial soaps aimed at the grownup market too — as well as facial cleanser, shave gel, lip gloss, deodorant, and even dog shampoo. 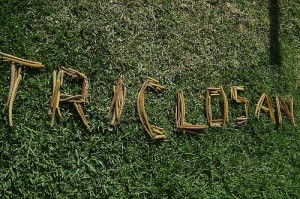 Triclosan is an endocrine disruptor, which means it can confuse the signals your body receives from hormones. It’s found in three-fourths of the liquid soap Americans use. (Another endocrine disrupting chemical, triclocarban, lurks in deodorant bar soaps.)

In studies, antibacterial soaps are no more effective in preventing disease than plain old soap and water. However, they are possibly quite good at increasing your risk of cancer.

After it goes down the drain, triclosan gets released into our waterways in treated wastewater. Then it breaks down into cancer-causing dioxins. I don’t want to expose the most precious people in my life to an endocrine disruptor, nor do I want to leave them a planet laced with dioxins.

Keeping your kids safe and healthy shouldn’t be this hard. It’s challenging enough to get them to eat their vegetables and brush their teeth without also worrying whether every single berry-flavored product on the market might give them cancer some day.

Do you assume that the products on the market are safe simply because they are sold in stores?

A new report by the World Health Organization may help change your mind about that.

The report targets endocrine disruptors, chemicals like triclosan that mimic hormones in our bodies. Citing a global increase in health problems such as low sperm count, genital malformations, neurobehavioral disorders, endocrine related cancers, and diabetes, the report calls for action to protect ourselves, our kids, and our wildlife.

Although there are 800 known or suspected endocrine disrupting chemicals, only a small fraction have been tested. “The vast majority of chemicals in current consumer use have not been tested at all,” the report says.

I believe that we should keep our kids safe from these chemicals. And our grown-ups too.