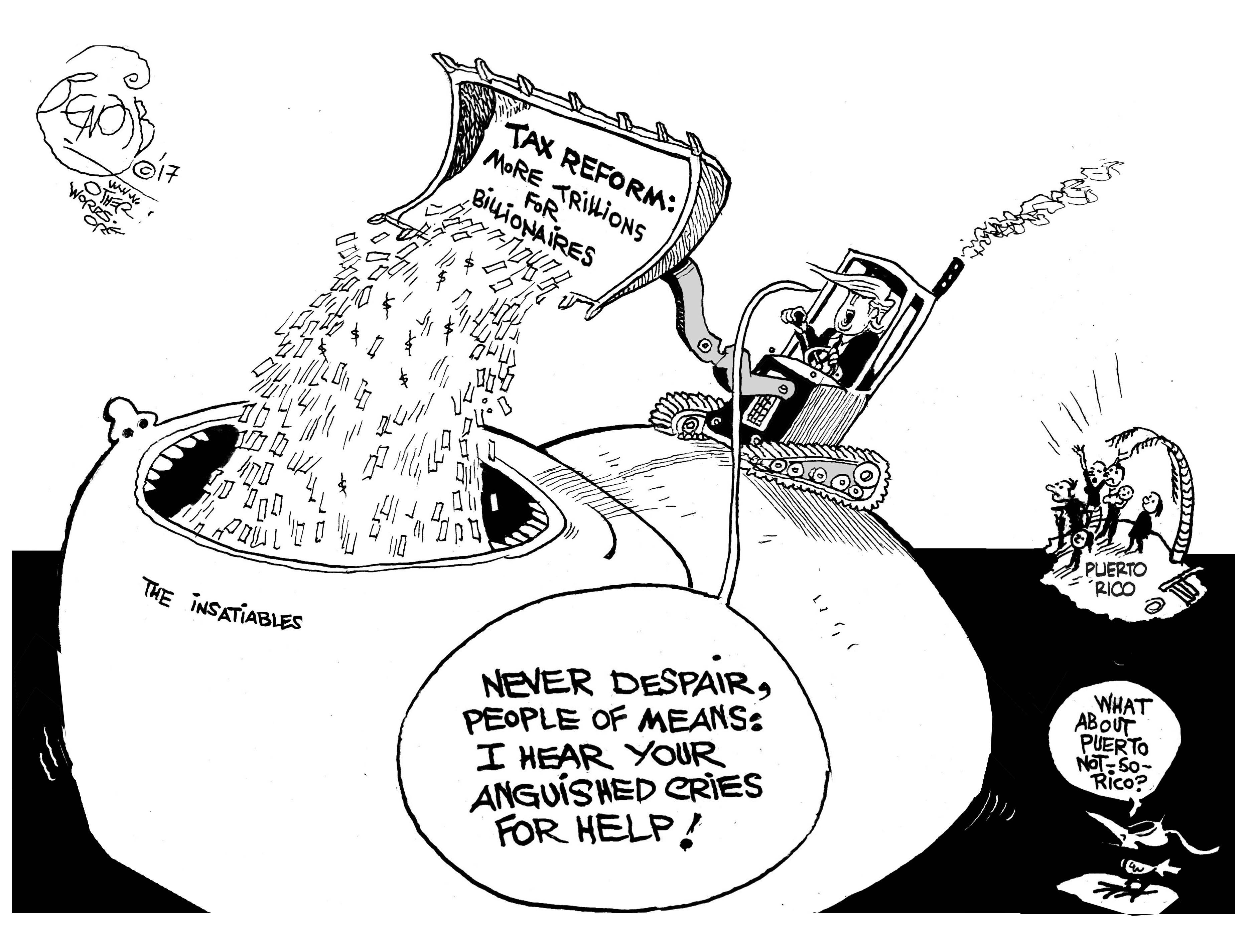 Wanting federal aid in a natural disaster isn't wanting "everything done for you." It's what we should all expect.
By Jill Richardson | October 4, 2017

Hurricane-struck Puerto Rico wants “everything done for them,” says President Trump. Puerto Rico, an island of 3.5 million inhabitants — all of whom are U.S. citizens — gets nearly nothing done for it.

Puerto Rico, a colony of the United States, has gotten a whole lot of nothing from Washington for a long time. Various U.S. laws along with irresponsible spending by previous Puerto Rican governments left the island in debt.

Even before it was hit by two category 5 hurricanes, U.S. laws set up the circumstances that allowed a financial crisis to plague Puerto Rico and prevented the island from solving it. These laws have led many Puerto Ricans, including educated Puerto Ricans, to leave the island for the mainland. This further weakens the economy of the island.

The island’s years-long economic crisis was the backdrop for Hurricane Maria. Thanks in part to its outdated infrastructure, the island lost electricity for weeks, and many places are unreachable because of downed trees and other debris in the road. 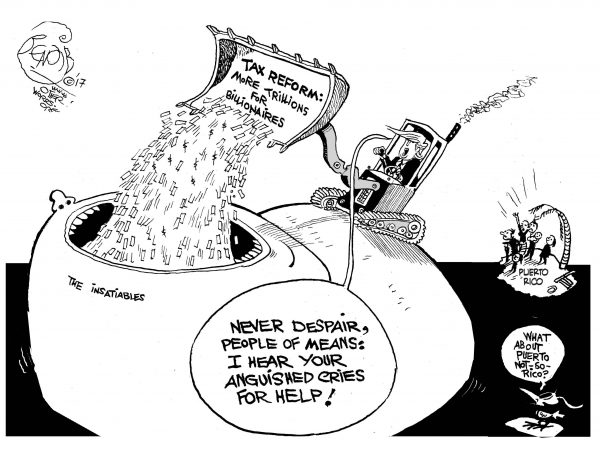 The recovery will take a long time, and it will cost a lot. Who knows how many people will die because they couldn’t get dialysis while the power was out, or they ran out of food and couldn’t reach help? Or who got sick from lack of clean water? Already the death toll has more than doubled as reports of these casualties surface.

What’s clear is that Puerto Rico needed help anyway, and now they need it even more because of the storm.

Americans should ask why we still have colonies in the 21st century. Puerto Rico lacks the rights of U.S. states. All U.S. states send representatives to vote in Congress, and therefore the citizens of those states indirectly have a say in the laws of the nation.

Puerto Ricans are subject to U.S. laws but — like the residents of Guam, the Virgin Islands, and other territories (plus the District of Columbia) — get no say at all in the making of those laws.

Puerto Rico isn’t blameless for its debt, but U.S. laws are currently frustrating the island’s attempts to get out of it.

There may be differing opinions about what the U.S. should do about Puerto Rico’s debt, but there cannot be two opinions about hurricane relief. If we don’t help, U.S. citizens will suffer and die.

Wanting your legal rights as citizens in the form of federal government aid in a natural disaster isn’t wanting “everything done for you.” It’s what we all expect, and should expect, as citizens of this nation.

America shouldn’t let down our citizens in Puerto Rico. We must help them in this crisis.