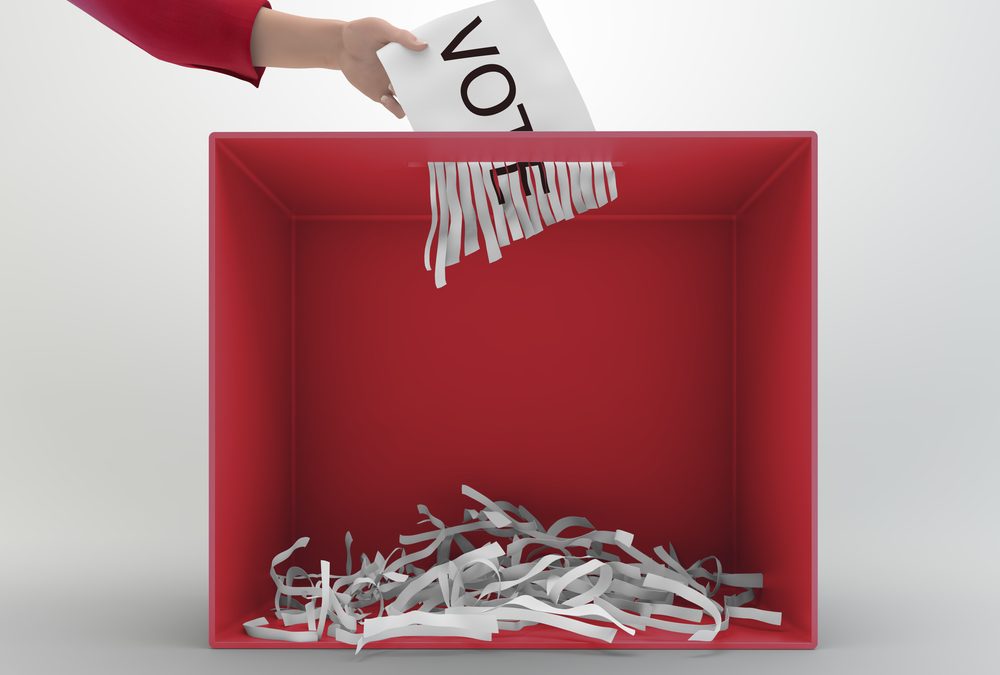 There’s no moral difference between suppressing the vote through the law and literally stealing ballots. Both may have happened in North Carolina.
By Leslie Watson Malachi | December 24, 2018

For years, Republicans in North Carolina have tried to roll back voter rights in the interest of “preventing fraud.”

But now, one of their own — Republican Mark Harris in the state’s 9th congressional district — stands credibly accused of paying a consultant who may have stolen or altered absentee ballots cast for his opponent. Officials have refused to certify the vote.

As we press for accountability, it’s important that we also seek moral and factual clarity about voting more generally.

In the month after the November elections, claims of so-called “voter fraud” seem to have reached a dizzying new level. Some politicians have even implied that counting votes equates to stealing an election.

But counting every vote in any election is a legal and moral obligation. On the other hand, any attempt to secretly steal ballots — like in Bladen County, North Carolina, where residents reported strangers coming to their door and demanding their ballots — isn’t just shameless. It’s also illegal.

Those who perpetrated this scheme in Bladen County must be held accountable. As importantly, these crimes must not be used to justify the kind of racially discriminatory voting restrictions that some Republican legislators have pushed in the name of preventing “voter fraud.”

Most veteran voters know, and every first-time voter must learn, that the Voting Rights Act was one of the great victories of the civil rights movement. In addition to protecting voters who’d been brutalized and barricaded from the ballot box, the law served as a national affirmation of a clear moral truth: It’s wrong to keep people from exercising their right to vote.

Tragically, attempts to keep political power away from African Americans and other groups endure. When arch-conservatives on the Supreme Court gutted one of the most important protections in the Voting Rights Act in 2013, legislators across the old Confederacy enacted new voting restrictions and drew new voting districts.

These more recent voter suppression laws have been described by a federal court as “targeting African Americans with almost surgical precision.”

When those who defend voter suppression laws refuse to acknowledge that those laws are designed to influence election outcomes by preventing people from voting, we must be democracy’s moral compass.

And when they say restrictive voter ID laws and other barriers to the ballot are necessary to stop “voter fraud,” we must call it what it is — voter suppression. The kind of “fraud” they talk about — someone voting under another person’s name or voting when they’re not legally eligible to do so — almost never happens.

Every vote matters, and every eligible vote should always be counted. That’s how we know who won.

To suggest that black voters and Democrats are somehow stealing elections through “voter fraud” is to suggest that there’s something sinister about taking the time needed to count each and every vote, as President Trump and others claimed during ballot counts in Florida, Georgia, and Arizona.

Unfortunately, some have suggested that the delayed certification in North Carolina is somehow a sign that Democrats want to “try and steal an election” there, too — even when available evidence suggests that, if anything, it was supporters of the Republicans who tried to steal the election.

What is stealing an election is keeping people from voting.

Regardless of political affiliation, our public officials must embrace these truths. As the late Senator Edward Kennedy once said, “For all those whose cares have been our concern, the work goes on, the cause endures, the hope still lives, and the dream shall never die.”

So let us press on for morality in our processes and unburdened participation in our democracy — not just for a few, but for all.

Minister Leslie Watson Malachi is the director of African American Religious Affairs at People For the American Way. Distributed by OtherWords.org.