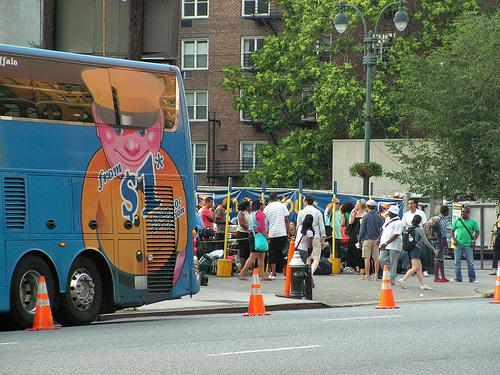 We’re Not Even Paving a Road to Nowhere

Our highways and bridges are decaying.
By William A. Collins | December 12, 2011

Plans for rail lines?
We’ve a pile;
But we can’t build
A single mile.

The term “American transportation policy” is an oxymoron. The United States has no policy regarding the nation’s transportation networks, no strategic plan, and no capacity to carry one out.

We harbor only competing special interests.

That’s why talk of high-speed rail to soften highway and airport congestion is fools’ gold. It can’t happen. 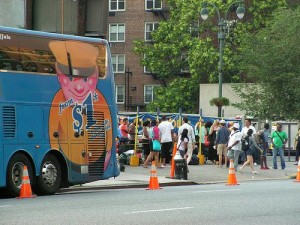 To build railroads you need a powerful lobby. There once was one as our nation sent tracks rushing across the West. Great rail tycoons badgered Congress for tasty subsidies to expand their holdings and to thus unify the nation. No more. Railroads now make money from moving freight, not passengers. People aren’t profitable.

In Europe, Japan, China, India, and elsewhere, it’s different. Great bureaucracies drive the transportation agenda and populations applaud convenient rail service. They even acquiesce to being taxed to pay for it. Not here. We believe that rail and bus transit should pay for itself.

Plus there is strong corporate opposition to rail. Automakers and oil companies have no lust to see their customers siphoned off to trains. Neither do airlines, plane makers, or airport authorities. Each of these opponents will mount a bitter lobbying campaign to derail plans for modern U.S. rail systems. It’s reminiscent of how they did in the trolleys.

This means Washington leaves transportation policy to the cash-strapped states. Through a patchwork of meager efforts, we get an extra highway lane here, a new airport concourse there, and a smattering of inadequate responses to the national traffic scourge. In the end, the federal government always agrees to pay for some of it.

Meanwhile, our highways and bridges are decaying. The gas tax, both state and federal, is no longer sufficient to keep up their repairs.

This is a serious matter due in large part to the Republicans’ refusal to increase taxes on anything. Forget new rail lines. We can’t even maintain the infrastructure we’ve got.

It was different in the 1950s and 1960s, the Interstate’s heyday. Then, there was money to be made on highways. Automakers drooled over the Defense Transportation Act, which authorized all those new roads. So did oil companies and road builders. And it was all written off politically as defending us against attack by the Russians. President Eisenhower said so.

But trains? Never. No American company even builds rail cars today. And precious few lay tracks. Much greater political clout now lies with the “Not in My Backyard” forces than with builders. Or with the “Not with My Tax Dollars” crowd. Consequently, modest highway and airport upgrades are very likely to be the only successful projects in the foreseeable future, despite the mounting evidence that we have to act swiftly to halt climate change.

Still, just because Washington has no plan, money, or muscle to upgrade transportation doesn’t mean that everyone else is paralyzed.

Coach USA, the U.S. subsidiary of a British transportation company, is sending out new long-distance bus routes like kudzu. So are many other lines. Intercity fares of $25 have become standard, and not just on the “the Chinatown buses” that zip between New York City, Philadelphia, Boston, and the nation’s capital. It’s all very informal and you have to climb aboard at a curb somewhere, not at a terminal, but the numbers are growing fast.

Such stopgaps won’t solve our highway and airway congestion. But they’re a clear sign of how nature fills the vacuum when government fails to act.