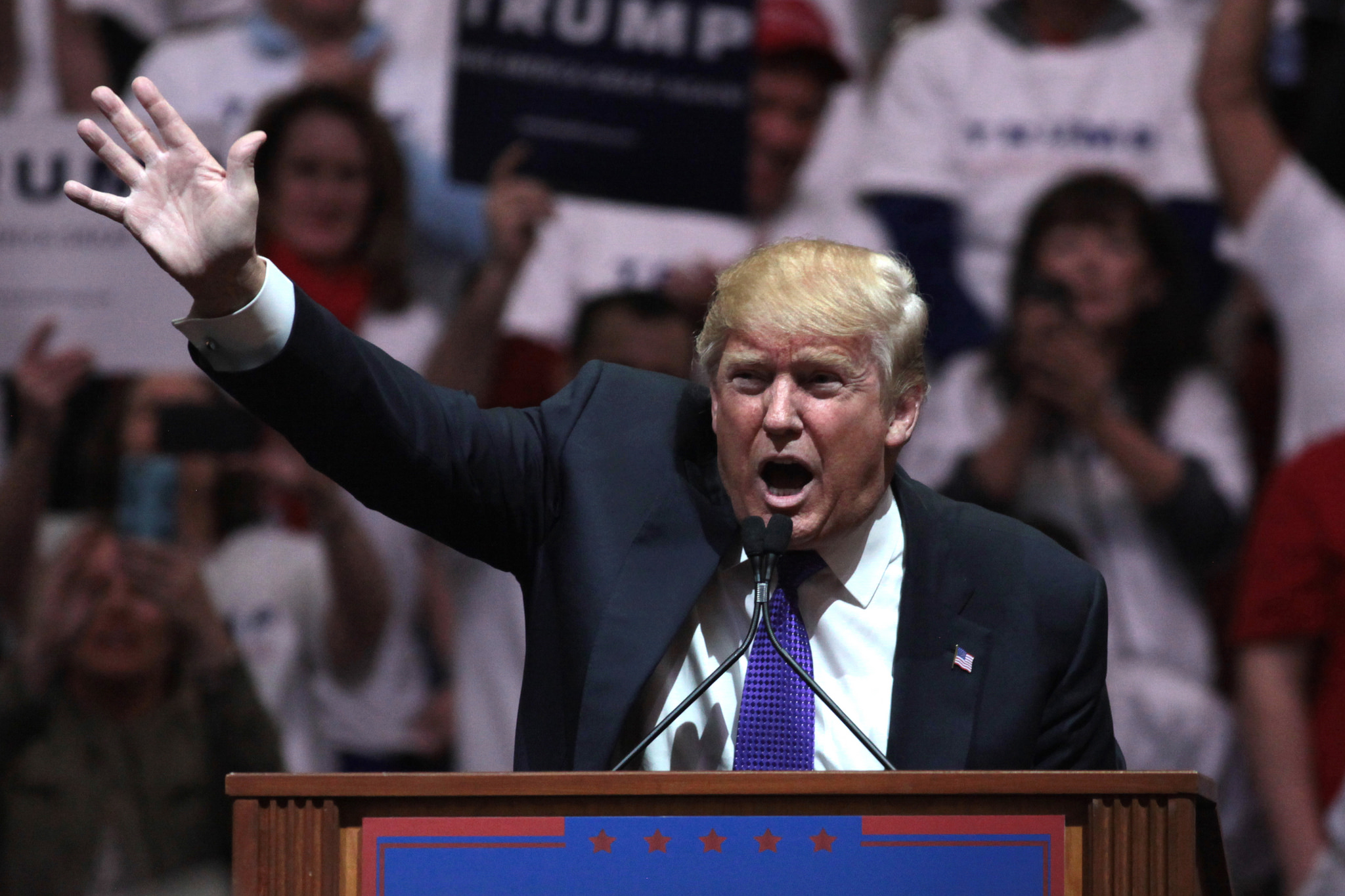 What Are Trump’s Values — and America’s?

At every opportunity, Trump comes down on the side of meanness, fear, and hatred.
By Mitchell Zimmerman | March 9, 2016

A man who proclaims he’d like to punch a protester in the face — as Donald Trump did recently in Nevada — isn’t fit to serve as the president of the United States. That’s the first thing that must be said.

Fit to be führer of Germany in 1933, yes. But not president of the United States of America today. That simple truth matters more than the bizarre unreality of the GOP front-runner’s agenda, or the fact that the man is a practiced liar.

We hear much about “values voters” these days. Donald Trump promotes values Americans should be ashamed of, not glorify. 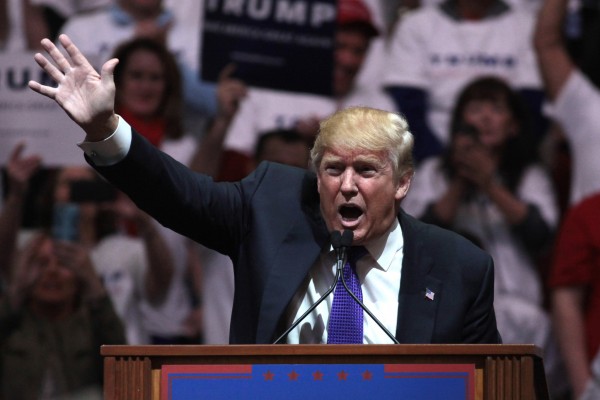 He claims that he can “protect” us by barring any of the world’s 1.6 billion Muslims from entering our country. He says he wants to expel 11 million immigrants — including millions who’ve lived among us for decades — and demonizes desperate refugees fleeing the Islamic State. He’s even reluctant to disavow his Ku Klux Klan admirers.

As policy prescriptions, Trump’s ideas make no sense. Bar all Muslim refugees, visitors, tourists, and business people from entering our country? Trump hasn’t troubled to consider that if Islamic terrorists really wanted to get into the United States, they’d simply lie about their religion.

Many supporters believe that because Trump is so rich, he doesn’t need money from special interests. That means he’ll look out for you, they say. To these Trump loyalists I say: Dream on! No one gets to be a billionaire by thinking, “Now I’ve got enough.”

Like other Republican leaders, Trump proposes tax cuts that would squander trillions of dollars on lavish tax breaks for billionaires while doling out peanuts to people on the bottom half of the income divide. The services ordinary people rely on would be badly underfunded, hindering the government’s ability to provide good schools for our children, protection for our water, food, drugs, and environment, and a future for all of us.

But most of all, in the long struggle over whether America will be a decent society, Trump consistently comes down on the side of meanness, fear, and hatred.

Nothing says America — at least as most of us want it to be — so much as the familiar words beneath the Statue of Liberty in New York harbor:

Give me your tired, your poor,
Your huddled masses yearning to breathe free,
The wretched refuse of your teeming shore.
Send these, the homeless, tempest-tost to me,
I lift my lamp beside the golden door!

Millions of our parents and grandparents, who were deemed the wretched refuse of Europe, were uplifted by that vision when they came through the golden door. But that vision is under attack. It’s dying as more and more Americans choose to slam shut the door.

Instead, we now have a rampaging presidential candidate who lies about immigrant crime, believes he can bully Mexico into paying for a border wall, proposes seizing Iraq’s oil, promotes violence at his rallies, brazenly supports torture, admires authoritarian leaders like Russia’s Vladimir Putin, and ridicules the weak and vulnerable.

Instead of Lady Liberty’s vision, Donald Trump invites us to adopt a dark vision, one the writer George Orwell described in his novel 1984: “If you want a picture of the future, imagine a boot stamping on a human face — forever.”

In the end, that’s what Donald Trump’s project to “Make America Great Again” comes down to. Americans need to decide what kind of America they want.