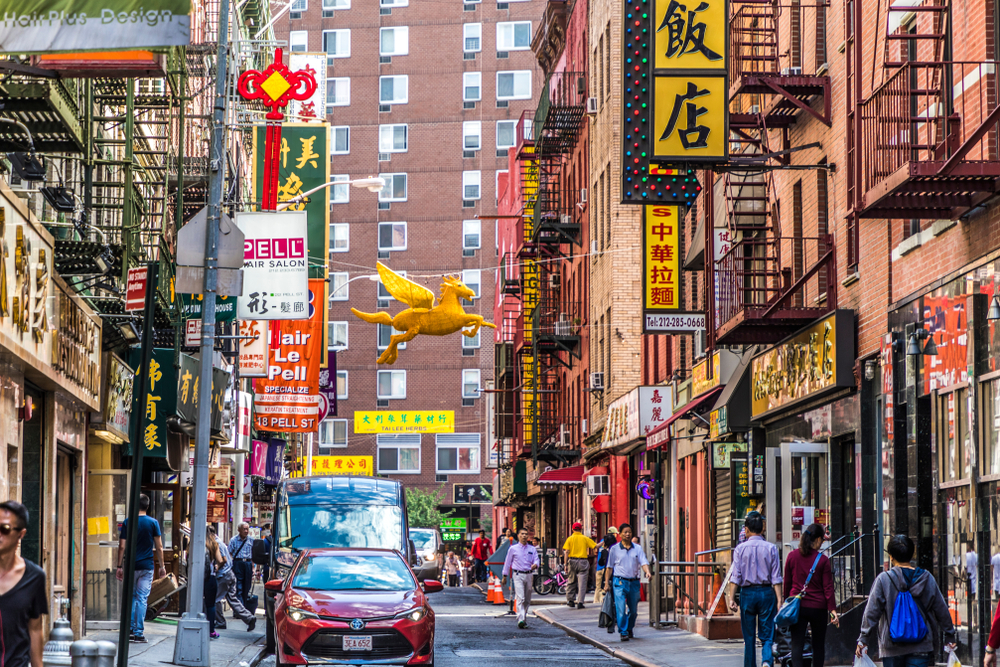 What Chinatowns Can Teach Us About Community

As our country looks to “build back better,” Chinatowns show how to foster vibrant, welcoming communities of all kinds.
By Dedrick Asante-Muhammad, Sally Sim | April 28, 2021

Much like other communities, Asian Americans have a long history of developing spaces and institutions to advance themselves in a country that often gave them little support. The Chinatowns found across the country derive from this history.

This May, Asian American History Month, it’s worth taking a look at what we can learn from them.

During the first wave of Chinese immigration in the mid-1800s, Chinese workers came to the U.S. to build the transcontinental railroad, search for California gold, and improve their lives. These Chinese laborers were paid less than white workers and were often blamed for driving down pay and taking jobs. Hate crimes against Chinese immigrants were prevalent.

So they built their own spaces to protect their communities. The first Chinatown was established in San Francisco in the mid-1800s, serving as an unofficial port of entry for Chinese immigrants escaping economic and political chaos. Over the years, other Chinatowns appeared in cities across the country.

Now, however, these Chinatowns are at risk. In Washington, D.C., Los Angeles, and San Francisco, Chinatowns have shrunk in size due to encroaching gentrification. Especially on the East Coast, some have been reduced to token tourist areas.

The social and economic distress from COVID-19 also put Chinatowns in a precarious position. Since the start of the pandemic, restaurants and businesses across the nations’ Chinatowns have seen a steady decline in foot traffic and patronage. In Manhattan’s Chinatown, nearly 70 percent of storefronts have shut down. In New York, the unemployment rate among Asian Americans jumped 6,900 percent from last year.

However, in the face of such immense economic pressure, New York’s Chinatown has been fairly successful in defending itself from gentrification — even despite being bordered by pricey neighborhoods.

Affordable housing is key to the neighborhood’s survival.

The cultural organizations and “family associations” that own many buildings in the core of Chinatown balance restaurants with apartments for the elderly. Liberal nonprofits and advocacy groups have also expanded affordable housing by buying and restoring buildings for working-class tenants and protecting residents in rent-regulated buildings.

On top of this, Chinatown offers many stores and services — such as accountants, real estate agents, and health care professionals — that uniquely cater to Chinese speakers, which keeps Manhattan’s Chinatown essential for the Chinese community. Lastly, Manhattan’s Chinatown remains welcoming to working-class job seekers, including those who don’t have working papers or who haven’t learned English yet.

As our country looks to “build back better” after the pandemic, part of the plan must be to prioritize and invest in small businesses and ethnic neighborhoods, such as Chinatowns and Black and Latinx neighborhoods. These lessons can help foster vibrant, welcoming communities of all kinds across the country.

Dedrick Asante-Muhammad is the chief of Race, Wealth, and Community at the National Community Reinvestment Coalition. Sally Sim is an NCRC intern. This op-ed was distributed by OtherWords.org.