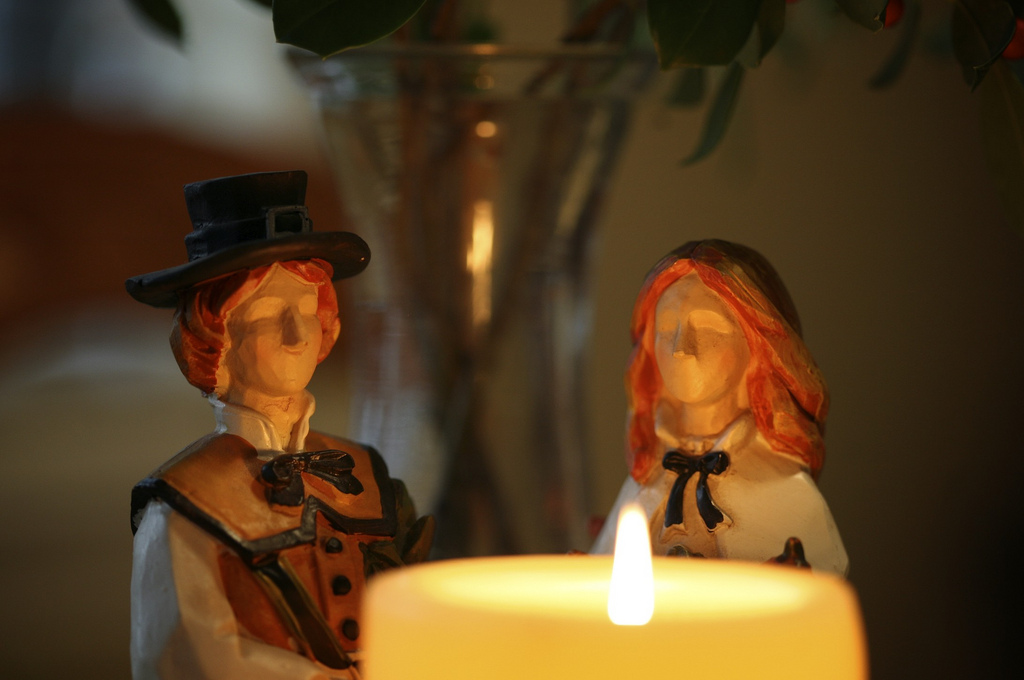 The competing tales of hosting the first feast all center on the kindness of Native Americans.
By Jim Hightower | November 24, 2015

America’s most food-focused holiday traces its roots back to the abundant feast that Pilgrims and Indians enjoyed together in the fall of 1621.

Only half of the Mayflower Pilgrims who’d arrived at Plymouth Rock the previous December survived their first year in the New World. (It was “new,” of course, only to those undocumented immigrants from England — not the locals).

Still, to celebrate and offer thanks for their survival, the newcomers planned a communal meal following the fall harvest. And in appreciation for being taught by the Wampanoag people how to raise corn and gather the region’s seafood, they invited Massasoit, the tribal leader, to join them in what’s now Massachusetts.

He did — and surprised the hosts by arriving with 90 members of his community. 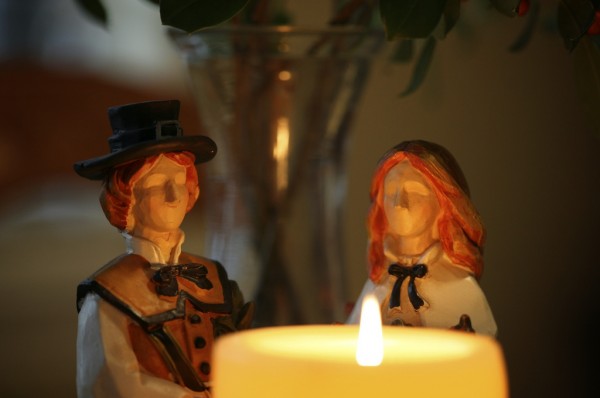 But the Wampanoag party didn’t come empty handed. In fact, they brought much of the fare for what became a three-day banquet featuring a spread that probably included venison, duck, geese, wild turkeys, eels, mussels, lobster, gooseberries, plums, cornmeal pudding, popcorn balls, barley beer, and fortified wine. And you thought you over-ate at Thanksgiving.

This wasn’t the only precursor of our annual November food-a-palooza. Virginians assert that the truly first feast that brought together English settlers and Native Americans took place in their state, at least two years before Massasoit’s show of hospitality. Texans claim that the tradition began near El Paso in 1598, when the Manso and Piro tribes roasted ducks, geese, and fish over an open fire to give sustenance to a lost and bedraggled group of Spanish colonizers.

Meanwhile, Floridians insist that the firstest-of-all Thanksgivings in what’s now the United States took place even earlier in 1565, when the Timucuan people shared a stew of salt pork and garbanzo beans with Spanish settlers at St. Augustine.

Ultimately, European settlers and early Americans didn’t repay these natives with much kindness. But these historical tidbits raise an interesting question to ponder this Thanksgiving: What would have happened to those English and Spanish settlers if the Native Americans had taken Donald Trump’s advice to build “a big beautiful wall”?