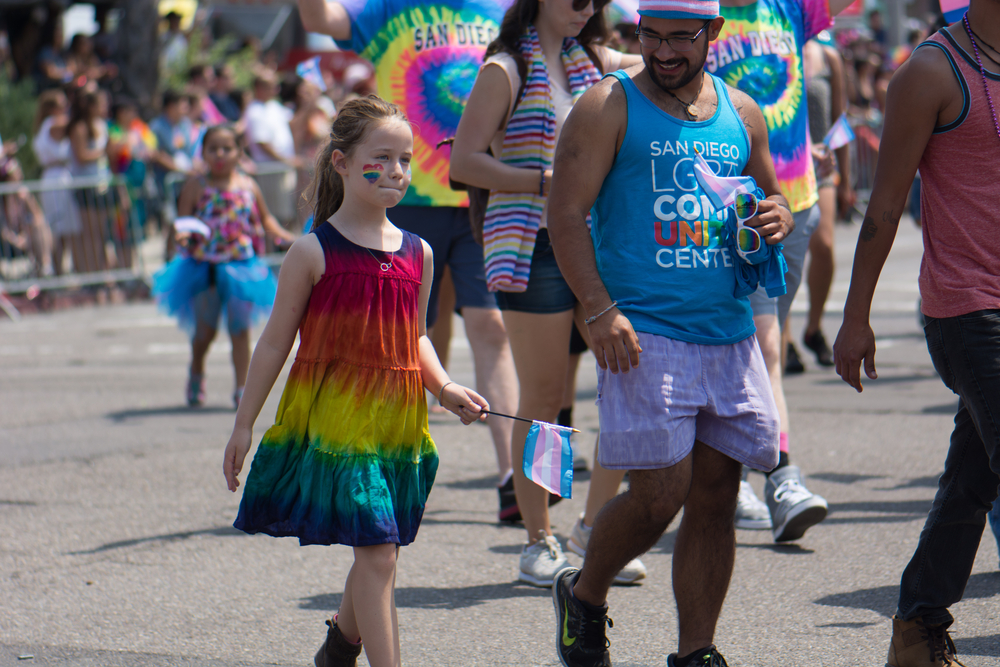 What I Learned at Pride

Pride parades are a celebration of long oppressed people loving and accepting who they are.
By Jill Richardson | July 19, 2017

Like many cities, San Diego holds its Pride Parade every summer. As a straight woman who hates traffic and crowds, I’d never gone before. This summer I decided to go.

It wasn’t until I began telling friends about my plans to go that I heard the varying misconceptions many had about the parade. Many straight people who’d never been assumed it was some combination of a strip club and Burning Man (not that there’s anything wrong with those things).

It’s not that — or not for everyone, anyway.

Not long ago, LGBT Americans were told to be ashamed of who they were. Well into the 1980s, same-sex attraction was considered a mental illness, and therapists tried to “cure” patients of being gay. 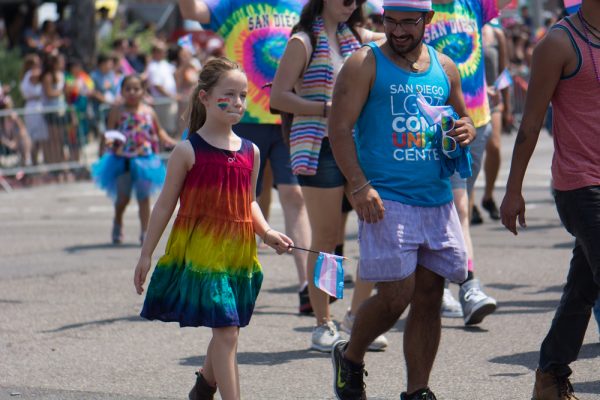 For too many people that’s still true today. But we’ve come a long way since then.

In 2003, the Supreme Court ruled that states could not criminalize sex between same-sex partners. More recently, the military dropped its “Don’t Ask Don’t Tell” policy so that gay, lesbian, and bisexual members of the armed services can openly serve.

And, of course, same sex marriage became legal at long last in 2015.

The 1969 Stonewall Riots were a watershed because, even though they were still scorned and denied rights, it was the start of LGBTQ people demanding equality — without any apology for who they were. They no longer accepted that they should be ashamed of themselves.

At their core, that’s what pride parades are about. They’re a celebration of a group of long oppressed people loving and accepting who they are and demonstrating that acceptance to the world.

Because, while the majority of Americans now support gay rights, a significant minority still does not. And trans acceptance, though growing, still lags behind.

And sometimes LGBTQ children are raised in families who don’t accept them. For them, seeing that others in society do accept them must be a lifeline.

I didn’t see why I should go to the pride parade as a straight woman. But I am so glad I went.

The parade featured two members of Congress (both Democrats) and San Diego’s Republican mayor, all branches of the armed forces, and many churches and businesses.

Just a decade or two ago, politicians would have lost votes and businesses would have lost customers if they announced support for gay people. Now they were literally marching in the parade.

The members of the military who marched would have been kicked out of the armed forces under Don’t Ask, Don’t Tell. I was so moved when I saw them marching, I began to cry. I have gay and lesbian friends who had to remain in the closet while they served our country.

The parade featured a large number of children, often marching with same-sex parents. Just as gays and lesbians themselves should not feel ashamed of who they are, their children should be proud of their families.

Sure, some folks at the parade wore little more than a Speedo. But the parade wasn’t obscene. I’m told the risqué parts of pride weekend are appropriately saved for adult spaces.

Now, some people in the LGBTQ community worry that pride parades have been turned into events for straight people. Others have protested the presence of the military and of corporate sponsors, or the tamping down of more open celebrations of sexuality.

But regardless, it’s plain to me now that pride parades are about far more than sex. They’re about community.