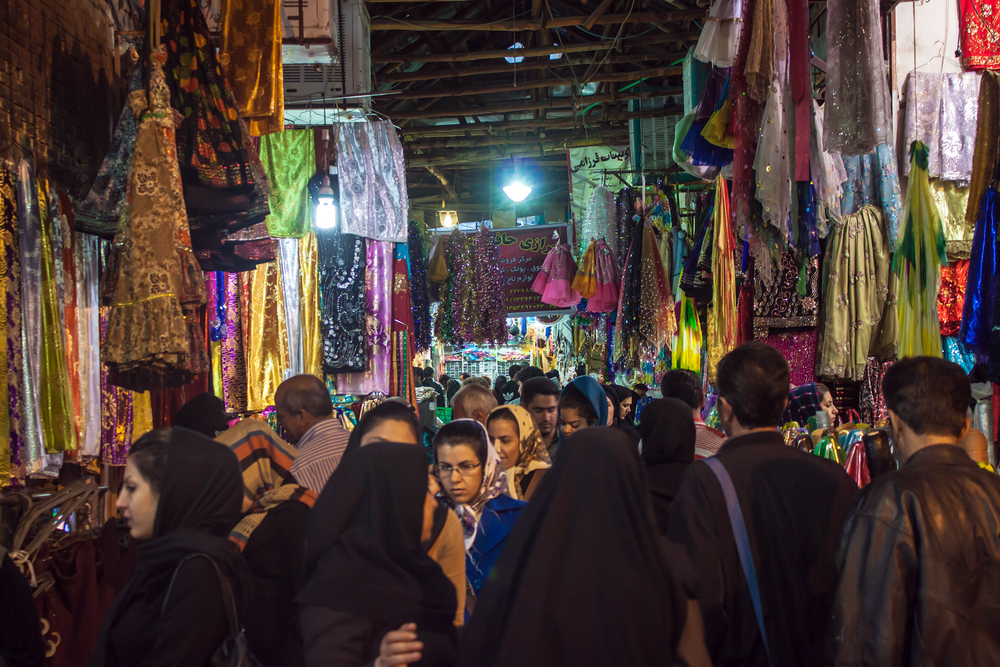 What I Learned in Iran

The U.S. and Iran are more alike than not, but for one troubling difference: sanctions.
By William A. Collins | April 3, 2019

Earlier this year, I had the opportunity to take an unusual vacation: to Iran, as part of a 28-member peace delegation.

Many dear friends thought it a bad idea. Wasn’t it dangerous? Aren’t they out to get us? Isn’t it run by crazy clerics? I’m not sure about the mental health of the clerics, but to the rest: basically, no, no, and no.

Iran is a very modern place that looks in many ways like the United States. You’d recognize the horrific traffic and the overwrought advertising. You’d also recognize the friendly, accommodating people, eager to interact with foreign strangers and practice their nascent English.

More surprising, perhaps, is its size. Tehran has 12 million people, half again larger than New York City, with much safer streets (except to cross).

Soon, though, our delegation found profound and troubling differences between our two lands. Primarily the sanctions.

Although Iran has lived up to its end of the nuclear deal, the United States has not, failing to lift old sanctions on Iran as promised, and recently adding more.

This became painfully clear when one of our members suffered a heart incident soon after arriving. The hospital treated him very professionally with old but adequate equipment. But when it came time to pay, his insurance company reneged, citing the U.S. sanctions on all financial transactions.

These mindless rules prevent many critical medicines from entering Iran, promoting physical suffering and hastening death among its citizens. They’ve also destroyed currency value and devastated the economy. Millions of formerly middle class citizens are now in poverty as our nation throws its weight around.

Luckily the countless Iranians who approached us on the street didn’t’ take it out on us personally but rather on our leaders. Whew! Many felt similarly about their own leaders, but understandably groused more about ours.

Others wondered why we act so aggressively toward Iran. They haven’t done anything to us. That was easier to answer in 1953 when we overthrew their elected government at the behest of our oil companies. We wanted to keep control of the black stuff.

But now times are a bit different. The world, especially the U.S., is awash with oil. Sure, we want theirs, but it’s no longer such a big deal. There seems to be more to it than that.

What our national leaders seem to want even more than oil is control. Total control. No nation should be allowed to go its own way and thus set a bad example for other restive places. Surely we are not harassing Nicaragua, Haiti, or Cuba for their oil. We seem deathly fearful of any nation, no matter how small, showing independence from us and our particular brand of capitalism.

Our humble group (Code Pink, it’s called) could not answer this profound question, nor did we learn anything serious about the famous Revolutionary Guard or the fearsome clerics who apparently wield great power.

What we did learn was that Iran is, if anything, safer than the United States, that our stupid sanctions are hurting average people rather than their leaders, and that by continuing to promote them the United States is looking like a jerk to the rest of the world. Not a bad set of lessons to come away with for the price of 10 days of jet lag.

William A. Collins is a former mayor of Norwalk, Connecticut. Distributed by OtherWords.org.