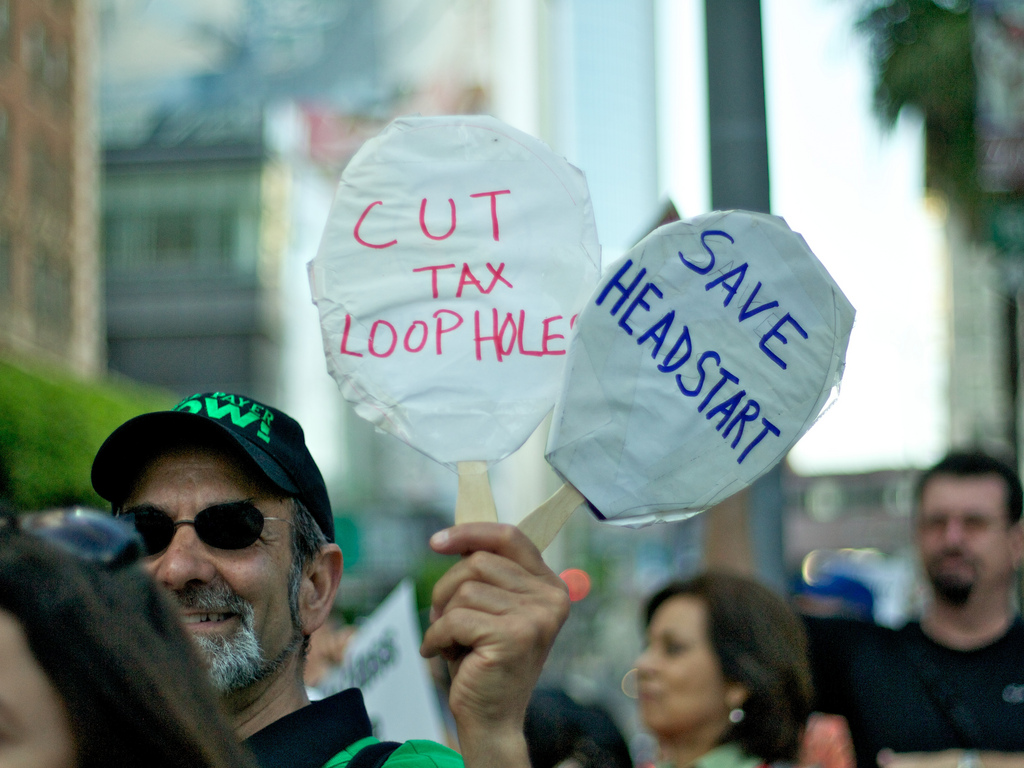 What the GOP’s Putting Under Corporate America’s Tree

This year-end tax package is a grab bag of gifts for corporations and a lump of coal for working families.
By Jessica Schieder | December 9, 2015

Given the commitment House Republicans profess to balancing the federal budget, you’d think tax breaks for profitable businesses would be a low priority. But this holiday season, they’re set to vote for a two-year, $96 billion package of tax breaks — 80 percent of which will benefit corporations.

All that’s missing is the gift wrap.

The package is a grab bag of loopholes and subsidies that serve specific interest groups — from NASCAR track owners to rum producers in Puerto Rico. Efforts to unbundle the parcel and vote on each gift to industry interests separately have been ignored.

The Active Financing Exception allows banks and finance companies to indefinitely avoid paying taxes on their U.S. income by claiming they earned those profits abroad. The corporate tax code officially forbids banks from shifting profits earned from loans and other financial activities, but this policy creates an exception. 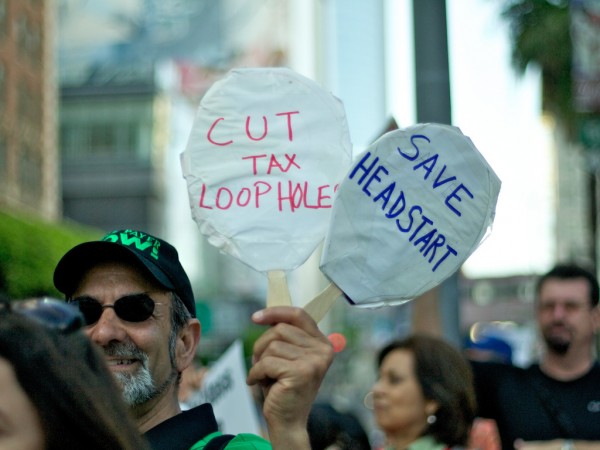 That loophole played a key role historically in General Electric’s notorious tax avoidance strategy. Despite earning $68.4 billion in profits in the past decade, GE — which was active in finance as well as manufacturing — paid a tax rate of just 0.4 percent on those profits.

The Look-Through Rule lets multinationals move profits to offshore subsidiaries without incurring U.S. taxes. Companies can exploit this loophole to create “stateless income,” in effect making those profits exempt from taxes in any country.

When this package of tax breaks was extended late last year, Congress applied it to all of 2014. That made a lovely gift to corporate bottom lines and a big lump of coal for citizens who saw their earnings subsidize profitable businesses.

Another tax break under the tree, known as bonus depreciation, allows corporations to write off the costs of their investments in new equipment at a faster rate than the actual depreciation of those assets. Supporters claim the tax break encourages businesses to buy equipment sooner than they normally would, boosting demand at equipment manufacturing firms.

But the Congressional Research Service found bonus depreciation is “a relatively ineffective tool for stimulating the economy.” In fact, the giveaway had “no more than a minor effect.” Nevertheless, Congress has proposed making bonus depreciation permanent at a cost of more than $280 billion over 10 years.

Business tax breaks have sailed through Congress in recent years with little concern for their budgetary impacts, while programs that working families depend on — like education and housing — have been squeezed amid lectures about the need for “belt-tightening.”

Indeed, Congress seems to operate under a different set of rules when it considers legislation that directly helps American families. Extended unemployment assistance was allowed to expire two years ago. And last year, nutrition assistance for hungry kids was cut.

In this year’s budget battle, tax credits for low-income working families are at risk. If the Earned Income Tax Credit and the Child Tax Credit are not extended, 16 million people — including 8 million children — will be pushed deeper into poverty in 2017. A working parent with two children earning $20,000 a year would see her Child Tax Credit fall to $810 — a loss of almost $100 a month, which would otherwise be used for utility bills, bus fare, food, or school supplies.

Americans say they want corporations to pay their fair share for the public programs and services that make our country work. This December, tell your representatives to protect credits that give hardworking parents a helping hand and consign corporate tax giveaways to the rubbish bin.

Jessica Schieder is the fiscal policy analyst at the Center for Effective Government in Washington. ForEffectiveGov.org.
Distributed by OtherWords.org.