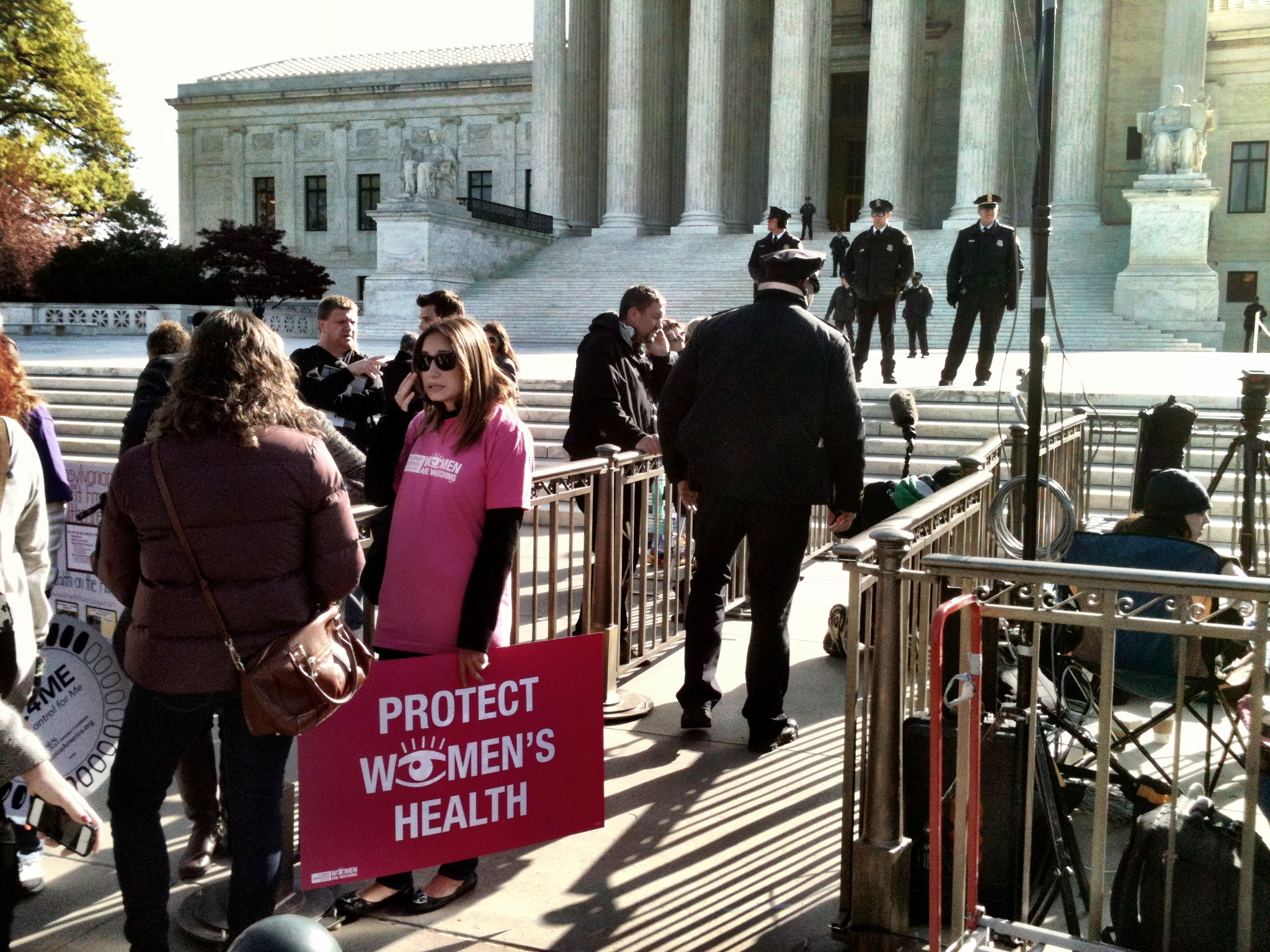 What the GOP’s Supreme Obstruction Means for Women

Senators, constitutional scholars may tell you, must “advise and consent” on the president’s Supreme Court nominees. But apparently the official GOP policy is to “refuse and obstruct.” They’ve vowed not even to give President Obama’s nominees a vote.

These Republicans claim that leaving the Supreme Court understaffed is no big deal. Well, it’s certainly a big deal for women. Pending cases on abortion, birth control, education, and public employee unions are all sitting before a divided court.

It’s a challenge to a Texas law that would close all but about 10 abortion clinics in the state — down from more than 40 — by requiring them to essentially become mini-hospitals. They’d have to employ only doctors with admitting privileges at nearby hospitals, a regulation almost unheard of for safe and common procedures like abortion. 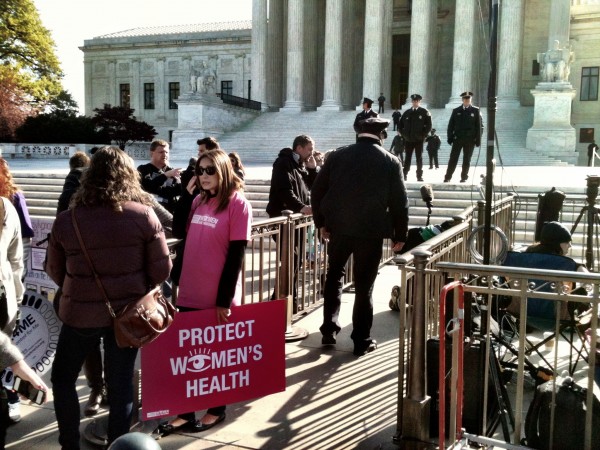 Since an appeals court upheld the requirements, a 4-4 deadlock on the Supreme Court would give Texas the green light to enforce them. And it would almost certainly encourage other states to enact similar laws.

On the birth control front, the court will consider Zubik v. Burwell. A successor to the Hobby Lobby case, it’s an argument over whether religiously affiliated institutions have to observe the Affordable Care Act’s requirement that employer-provided health plans cover birth control.

These groups are allowed to avoid the requirement by filling out a form, in which case the government will arrange with their insurer to cover their employees. A few of these groups are claiming that still makes them complicit in sinful conduct.

A 4-4 tie at the Supreme Court would be a mixed bag, since most — but not all — appeals court decisions have upheld the accommodation as not burdensome to religious practice.

Meanwhile, established labor law is on the line in Friedrichs v. California Teachers Association, where the court will consider whether public employees who choose not to join unions can still be required to pay fees for collective bargaining activities. A decision against the unions could mortally wound them.

According to the National Women’s Law Center, women are the majority of the public sector workforce, and the wage gap with their male counterparts is smaller for public union women than non-union women. The lower court favored the unions, so a tie would stave off a major blow to their viability. But that’s still a lot to risk.

Women are now also the majority of college students, and women of color could be greatly affected by a decision in Fisher v. University of Texas. In that case, the court will decide whether the school’s race‑conscious admissions program violates the Constitution’s equal protection principles.

Justice Elena Kagan has recused herself. So if the Senate leaves Scalia’s seat unfilled, the case will be decided by seven justices — which means there can be no tie. Three judges — John Roberts, Clarence Thomas, and Samuel Alito — oppose affirmative action, and a fourth, Anthony Kennedy, has previously expressed doubts about the University of Texas policy.

So what’s the score?

In four cases affecting women the most, two could go in women’s favor with tie votes. A third tie vote would go against women, and a 4-3 conservative majority would hurt them in the final case as well.

However you score it, Senate Republicans are leaving women in limbo until a new justice is chosen and new cases can be brought. That could take years. Women — and the country — deserve better.

Martha Burk is the director of the Corporate Accountability Project for the National Council of Women’s Organizations (NCWO) and the author of the book Your Voice, Your Vote: The Savvy Woman’s Guide to Power, Politics, and the Change We Need. Follow Martha on Twitter @MarthaBurk.