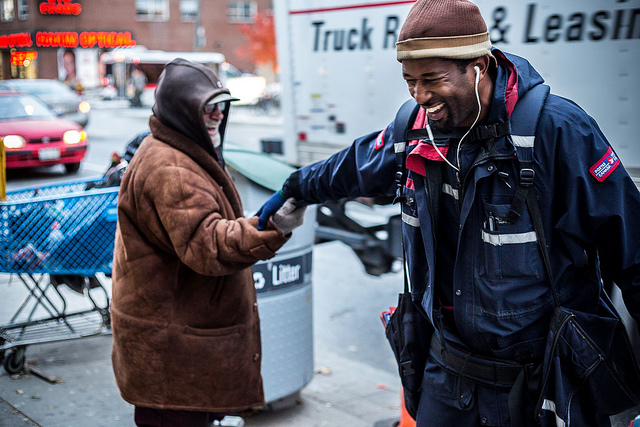 What We Lose with a Privatized Postal Service

Did you know that when you ship a package through Federal Express, the U.S. Postal Service often carries it the last mile?

The Postal Service can reach all 150 million American households because it’s a public system that we’ve been investing in for over 200 years. Our Constitution tasked the federal government with creating a national postal system and told the Postmaster General to report to the president.

But in 1971, Congress made the service into an “independent agency” managed by a board of governors. And since then, it’s been under attack by politicians who never met a public program they liked.

Yes, the rise of UPS, FedEx, and the Internet has created new challenges for your local post office. But the purported “fiscal crisis” is a manufactured one.

In 2006, Congress required the Postal Service — known as USPS for short — to “pre-fund” 75 years of its retirees’ health benefits. This added $5.7 billion to its costs last year.

No other private company or federal agency has to pre-fund retirement health care benefits. If they did, many corporations would run huge deficits or tumble into bankruptcy. Without these retiree health payments, USPS would actually turn a profit.

Using the deficit created by this requirement as an excuse, the USPS board of governors is closing distribution centers, cutting worker hours, eliminating delivery routes, and slashing jobs. Over the past five years, USPS has cut 94,000 positions.

The job loss alone is a travesty, but a bigger principle is at stake.

Our nation’s founders understood that a universal, affordable, and yes, public postal system helps knit us together as a nation. They recognized that commerce requires a common infrastructure and public institutions that belong to and benefit the entire country.

Instead of shrinking the Postal Service, we should build on it. That means, first of all, appreciating that the USPS can be much more than a delivery service.

In many small towns, the local post office continues to be a community hub, a place to meet neighbors and get news. And postal carriers don’t just deliver letters — they often keep an eye on the elderly and homebound, and alert first responders if things look amiss.

They could do even more. The Postal Service’s fleet of vehicles — the largest in the country — could be equipped to detect air pollutants and report potholes, water leaks, and other infrastructure repair needs.

The USPS could raise tens of billions of dollars each year by reinstating post office savings accounts and banking services, which it efficiently provided for 55 years in the first half of the 20th century.

Customers received 2-percent interest on their savings accounts, and the post office loaned their money to community banks, which then made loans to local businesses. This virtuous circle benefitted the entire community. At its peak, 4 million Americans took advantage of these services, saving $36 billion in 2014 dollars.

Today, 34 million American families live in places without traditional banking services. High-interest payday lenders and check-cashing services charge low-wage working families in those communities an average of over $2,400 a year. Experts estimate that low-cost banking services could save American workers a trillion dollars a year.

Instead of selling off the assets we built together over two centuries, let’s invest in our Postal Service — a public system that has served our nation since its birth.

Katherine McFate is the President and CEO of the Center for Effective Government in Washington (foreffectivegov.org).
Distributed via OtherWords.org.