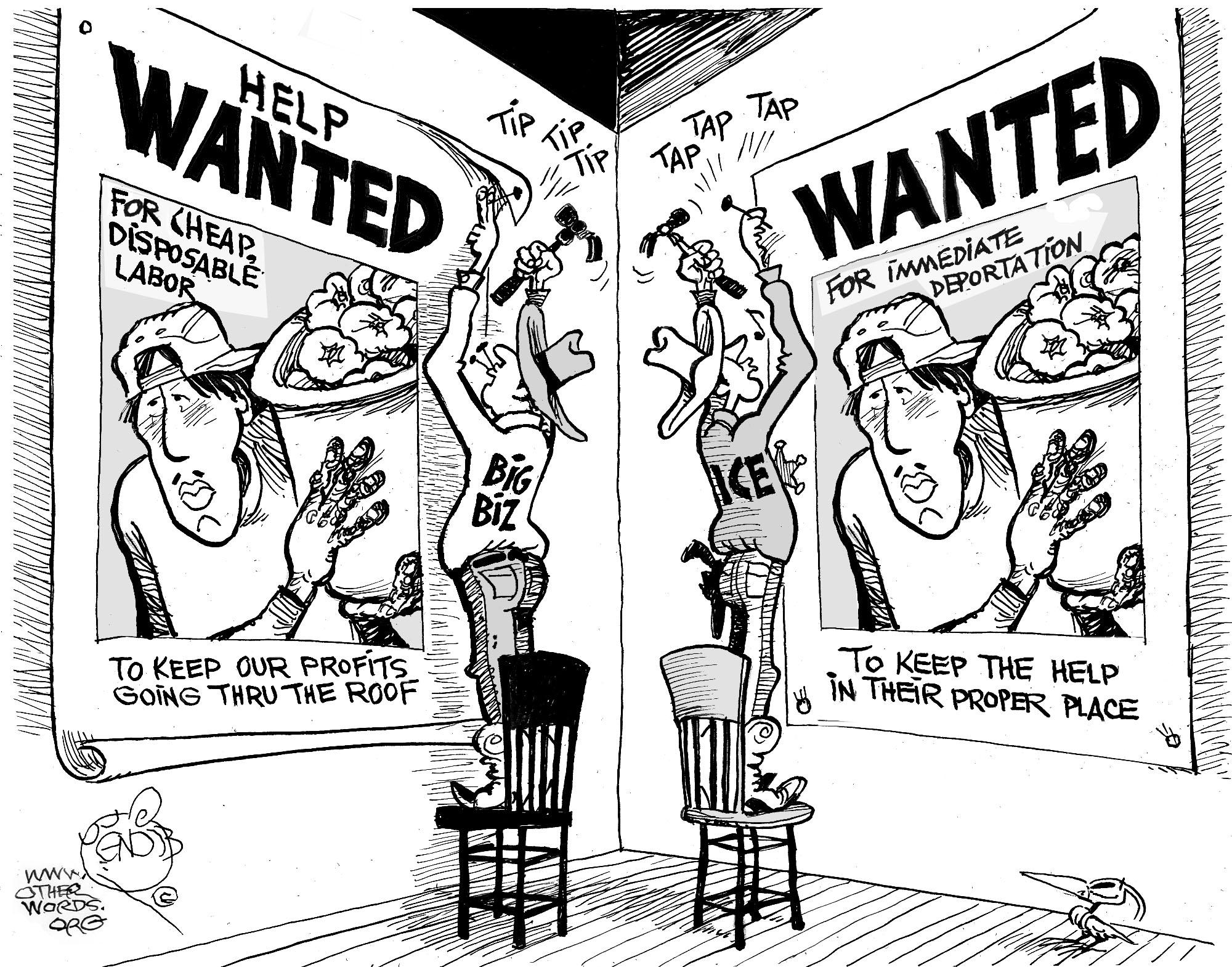 Most immigrants would prefer to stay at home with their families and live their own culture, eat their own food, and listen to their own music.
By Manuel Perez-Rocha | July 19, 2010

President Barack Obama did the right thing by supporting comprehensive immigration reform that would place millions of undocumented workers on the path to citizenship. Obama even went a step further, suing the state of Arizona for its unconstitutional and racially profiling immigration law. That law would punish and divide families, many of whose members have worked years for this country.

However, the U.S. immigration debate tends to ignore a fundamental question: Why do so many people migrate here from Mexico and other countries in Central America? The answer is that they need to look for jobs because there aren’t enough jobs at home. Several years of the wrong economic policies have destroyed millions of jobs, both in the countryside and in cities. These economic policies tend to concentrate wealth. They’re based on what’s often called the “Washington consensus” because they’re designed and dictated from institutions based in the U.S. capital like the World Bank and the International Monetary Fund. 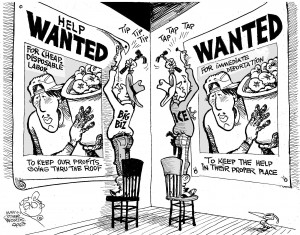 During the last 30 years, Mexico and other countries that have followed these policies have eliminated support mechanisms to local producers, while with trade agreements like the North American Free Trade Agreement (NAFTA) and the Dominican Republic-Central America Free Trade Agreement (CAFTA) they have allowed big transnational companies to import cheaper products into their countries. That’s meant, for example, the arrival of cheap corn and other basic food staples, which crowded out local production and ultimately forced millions of small farmers off their land. Another result of NAFTA is that tens of thousands of small and medium companies, which provide 90 percent of Mexico’s jobs, have wound up bankrupt due to a lack of financial support.

Also in accordance with the “Washington consensus,” Mexico has scrapped millions of government and state-owned company jobs. An example of this is the 2009 dismantling of a state-run power company in the Mexico City area, which axed 44,000 jobs. Although the Mexican government says it did this to remove an “inefficient company,” the real reason was to get rid of a vibrant union that was hindering efforts to privatize it. Today, unionized electricity workers continue their struggle with an almost three-month-long hunger strike. Sadly, the mainstream U.S. media is ignoring this story. I bet there’d be plenty of reports on this hunger strike had it happened in Cuba, Venezuela or Bolivia instead.

Mexico’s official unemployment rate of 5 percent is a joke. Only 14 million workers have a formal job with full benefits, while the other approximately 40 million in the country’s economically active population are counted as “employed” even if they just sell chewing gum on street corners. There are around 7 million young people without access to higher education or a job. They see little option but to migrate.

Although some people in the United States might think that Mexican immigrants opt to come here because they’re lured by the American way of life, mostly it’s because they’re desperate for a job to send money back and help their families. Most immigrants would prefer to stay at home with their families and live their own culture, eat their own food, and listen to their own music. The lack of opportunities to live a decent life and even feed their children sends them north.

Therefore, any serious discussion about immigration must address the reasons why people are obliged to emigrate. It’s time, as Obama had pledged during his campaign, to rethink NAFTA and make trade and investment between our countries work for working families and help them stay at home.