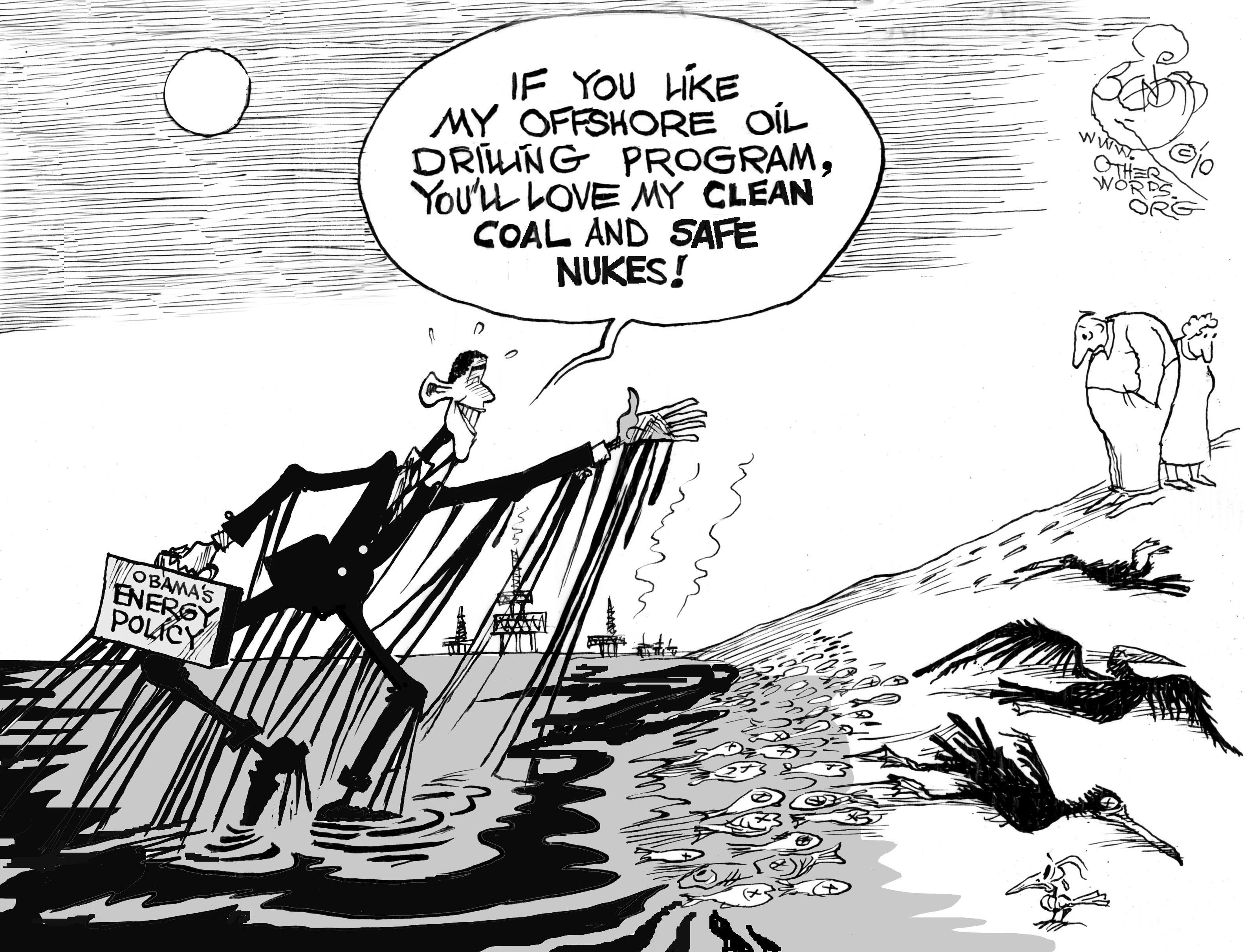 What Would Palin Do?

Oh, I’ll grant you that he’s gone down there and rallied the fishermen to the cause and sent out the Coast Guard. And he’s stamped his foot in anger at BP, which owns the oil (even promising to keep that foot “on the throat” of the petroleum giant). Halfway measures all.

So far, he still hasn’t called on the one person who could be counted on to have a solution to the problem.

I speak, of course, of Sarah Palin, the Lady Gaga of the conservative movement.

I know she’s not an oil engineer, but she’s recently stayed at a Holiday Inn Express and is a Fox News television commentator to boot. She knows things. Moreover, she is one of the most vocal advocates of indiscriminate oil exploration. Remember the cries of “Drill, Baby Drill” that rang through her campaign rallies a year and a half ago? That’s her mantra. And it’s still her mantra. 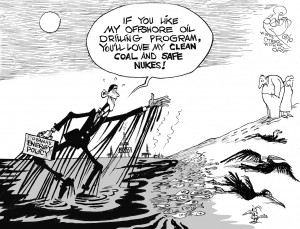 She issued a statement saying that she continues to believe in expanded drilling “because increased domestic oil production will make us a more secure, prosperous and peaceful nation.”

But that doesn’t get us very far down the road of what to do about all of this oil in the Gulf now. Surely Palin wouldn’t propose drilling unless she had an emergency plan at hand in case of a disastrous leak.

Did I say leak? A gushing well is pouring oil into the Gulf of Mexico at the rate of 210,000 gallons a day. The Exxon Valdez spill of 1989 contaminated 1,300 miles of pristine shoreline in Alaska and killed tens of thousands of birds and sea animals, including 250 eagles and almost two dozen whales. This could be worse.

The Gulf shoreline is a delicate ecosystem that contains 40 percent of the nation’s wetlands, which serve as spawning grounds for all manner of fish, birds, otters, and shellfish. Already they’ve started adding chemicals to the spill so that it will bead up and sink. Do they know how that will affect the oyster and shrimp beds Louisiana’s fishermen depend on? No. And they were talking about setting the whole mess on fire to burn it off. God knows what the collateral damage of that would be.

Say something to us, Sarah. Speak. Don’t just utter yet another cryptic tweet about “foreign oil co’s.”

Your colleague Rush Limbaugh has already suggested a solution: Leave it alone. That was his solution. “The ocean will take care of this on its own if it was left alone out there,” he said. “It’s natural. It’s as natural as the ocean water.”

It’s difficult to know where to begin criticize Limbaugh’s statement (which I imagine he’s muddled with an explanation by now). The grammar? Certainly, but Limbaugh seldom gives evidence of having exceeded the seventh grade.

I suppose he’d say the same thing about a nuclear disaster. “Radiation is natural. Leave it alone. It will take care of itself.” He’s an idiot. There’s a chance that the Deepwater Horizon disaster won’t be as cataclysmic as first feared. But the damage already done is spectacular.

One hopes that this crisis will convince Obama to abandon his plan for more offshore drilling along the East Coast (from Delaware to Florida), in the eastern Gulf of Mexico, and in parts of the arctic coast of Alaska.

It’s too big a price to pay, Mr. President. Better you should just get Sarah Palin on the phone and ask her what to do. She’ll know.