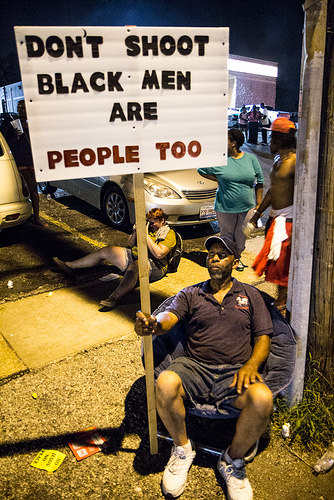 What’s Ahead for Ferguson

The funeral is over. The protests have subsided. The lax and listless wheels of justice in Ferguson, Missouri are beginning to turn. 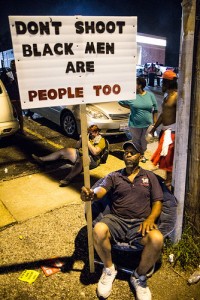 I’ve never witnessed a situation more poorly handled than this one. The grand jury’s formation is a good sign, but questions of fairness in the St. Louis County criminal justice system and in the culture of policing in the nearby town of Ferguson continue to demand answers.

The affronts to the Ferguson community are stunning. Missouri State Senator Jamilah Nasheed only managed to deliver a petition with 70,000 signatures to the office of St. Louis County Prosecutor Robert McCulloch after being threatened with arrest. The petition calls for McCulloch to recuse himself from the Brown case because of his close ties to the police and previous questions about his impartiality.

It reminds me of what Fannie Lou Hamer, the legendary civil rights activist famously said: “I am sick and tired of being sick and tired.”

McCulloch’s father, brother, uncle, and a cousin all worked for the St. Louis Police Department. In addition, in 2000, McCulloch refused to prosecute two white police officers for the shooting deaths of two unarmed black men who it was later determined were not advancing towards the officers.

Some observers wonder if McCulloch’s decision to release the video of a convenience store altercation involving Brown was a blatant attempt to taint a potential jury pool. As of this writing, the prosecutor has failed to arrest or charge Wilson, who remains on paid administrative leave.

McCulloch has vowed to stay on the case unless Governor Jay Nixon orders him to recuse himself.

That hasn’t happened, so he’s still in charge of the investigation.

More than a month later, established legal procedures and the concerns of the Ferguson community continue to be ignored.

And the heavy-handed, militaristic tactics employed by Ferguson and St. Louis County police in response to citizen protests following Brown’s killing are also a powerful wake-up call. While there were isolated aggressive acts by a few rogue protesters, the majority of protests and protesters were peaceful.

Yet the use of tear gas, stun grenades, and armored vehicles was reminiscent of ugly police confrontations with citizens during peaceful voting rights demonstrations in the South during the 1960s.

It’s unthinkable that we find those tactics acceptable today. That’s why the National Urban League has joined a coalition of more than a dozen national civil rights organizations in issuing a unified statement to promote reform and stop police abuse.

Our statement proposes a number of police reforms in Ferguson and elsewhere that are designed to ensure a greater reliance on community policing and that police departments are more reflective of the racial, ethnic, and gender diversity of the communities they serve.

We also called for an independent and comprehensive Justice Department investigation into Brown’s fatal shooting and concrete steps to ensure that federal military weapons don’t end up in the hands of local law enforcement. The Obama administration has pledged to investigate the killing and evaluate the weapons program.

We’re also urging a comprehensive federal review on the excessive use of force generally against youth and people of color, the development of national use-of-force standards, and the universal use of dash cameras in police vehicles and body-worn cameras by police officers.

Clearly, Michael Brown’s untimely death put the criminal justice system in America on trial. Despite the tremendous civil rights progress made over the past 50 years, we will never truly “overcome” until we honestly acknowledge and address the insidious vestiges of racial segregation and dehumanization that remain in this country — and unfortunately, in law enforcement.