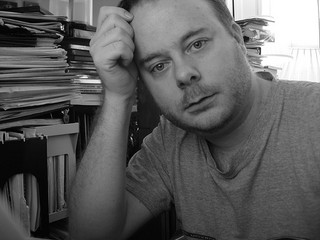 Inequality is behind the nation's dismal life expectancy rates.
By Sam Pizzigati | July 17, 2013

The stats first. They tell a shocking story: Americans now live shorter lives than men and women in most of the rest of the developed world. And that gap is growing.

Back in 1990, shouts a new study just published in the Journal of the American Medical Association, the United States ranked a lowly 20th on life expectancy among 34 major industrial nations. The United States now ranks 27th — despite spending much more on health care than any other nation.

Americans, notes the AMA journal, are losing ground globally “by every” health measure.

If Americans exercised more and ate and smoked less, this conventional wisdom holds, the United States would surely start moving up in the global health rankings.

But many epidemiologists — scientists who study health outcomes — have their doubts. They point out that the United States ranked as one of the world’s healthiest nations back in the 1950s, a time when Americans smoked heavily, ate a diet that would horrify any 21st-century nutritionist, and hardly ever exercised.

The University of Washington’s Dr. Stephen Bezruchka has been tracking these outcomes since the 1990s. The new research published in the Journal of the American Medical Association, Bezruchka tells me, should worry Americans at all income levels.

“Even if we are rich, college-educated, white-skinned, and practice all the right health behaviors,” he notes, “similar people in other rich nations will live longer.”

To really understand America’s poor health standing globally, epidemiologists like Bezruchka posit, we need to look at those social and economic realities that define our daily lives, what scientists call “the social determinants of health.”

And none of these determinants matter more, these researchers contend, than economic inequality, the divide between the affluent and everyone else. Over 170 studies worldwide have so far linked income inequality to health outcomes. The more unequal a modern society, the studies show, the more unhealthy most everyone in it — and not the poor alone.

Just how does inequality translate into unhealthy outcomes? Growing numbers of researchers see stress as the culprit. The more inequality in a society, the more stress. Chronic stress, over time, wears down our immune systems and leaves us more vulnerable to disease.

This same stress drives people to seek relief in unhealthy habits. They may do drugs or smoke — or eat more “comfort foods” packed with sugar and fat.

Can the United States change course on health?

Japan offers an encouraging precedent. Sixty years ago, Japan ranked as a deeply unequal and unhealthy nation. But, since the 1950s, Japan has become one of the world’s most equal places and, on life expectancy, now ranks number one globally.

The United States, over the same span of time, has gone in the exact opposite direction. We have become the world’s most unequal major nation, with health outcomes among the developed world’s worst.

How can we turn this around? Most Americans, Stephen Bezruchka notes, already understand the concept of “vital signs.” We feel their importance “every time we step on a scale at the doctor’s office or feel a blood pressure cuff tighten.”

But societies have “vital signs,” too, with none more important than our level of inequality. If we start recognizing these vital signs — and acting on them — we’ll stop dying so much younger than we should.