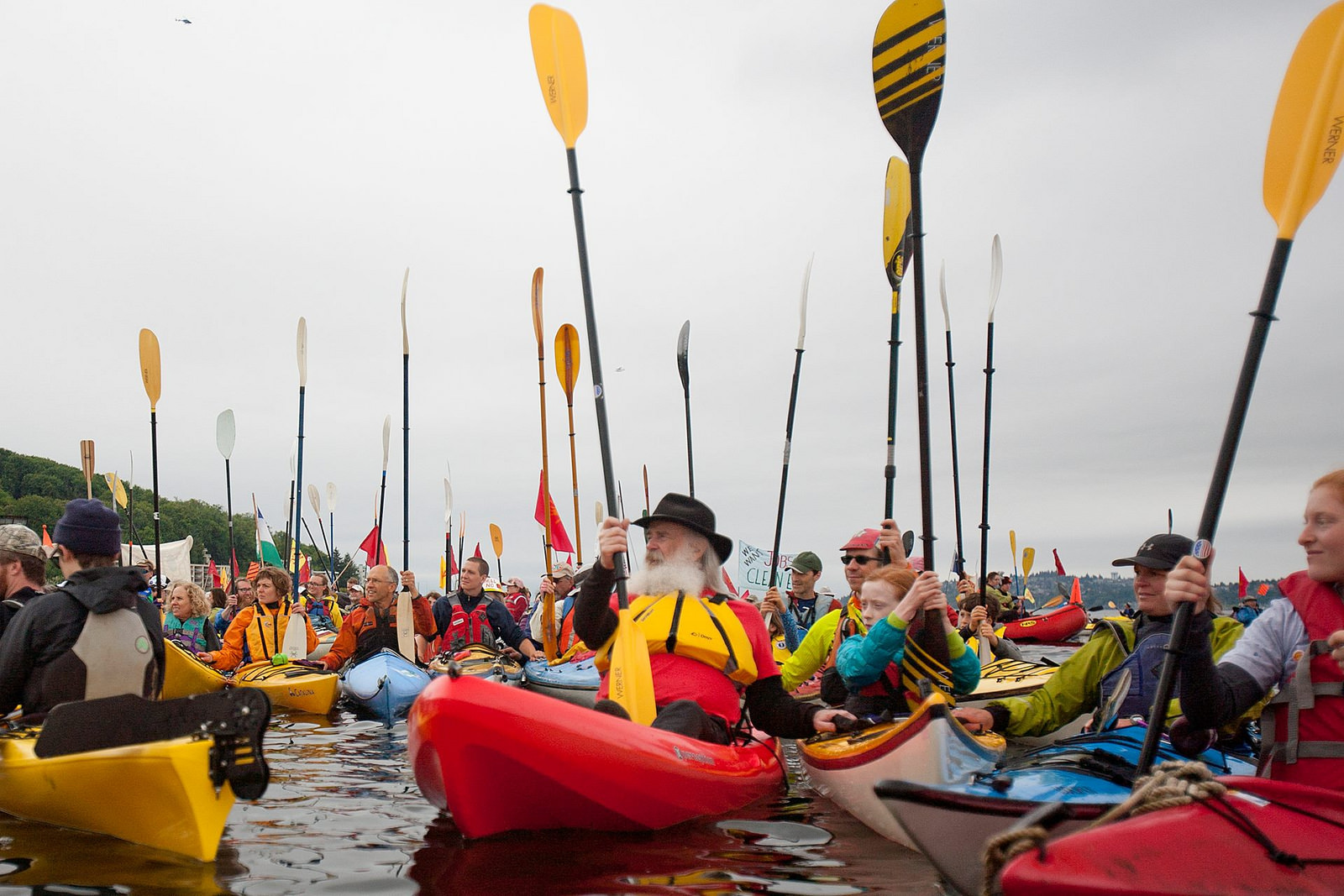 What’s Next after Kayaktivism in Oregon

Portland is proving that cities can lead on climate change.
By Daphne Wysham | November 18, 2015

Portland Mayor Charlie Hales recently took a step no other U.S. mayor in our country — and perhaps the world — has yet taken: He submitted a resolution to the city council calling for an end to all new fossil fuel infrastructure in the city.

After listening to testimony from children as young as 8, elders, faith and tribal leaders, and sustainable businesses, all speaking with passion about the need to act on climate before it’s too late, the council voted unanimously to pass Hales’ landmark resolution.

This resolution is the most far-reaching of its kind: Oregon’s largest city has gone on record saying it will “actively oppose expansion of infrastructure whose primary purpose is transporting or storing fossil fuels in or through Portland or adjacent waterways.”

The resolution also included strong language promoting a “just transition” for any workers who might be economically dislocated as the city moves toward a greener and more sustainable economy. 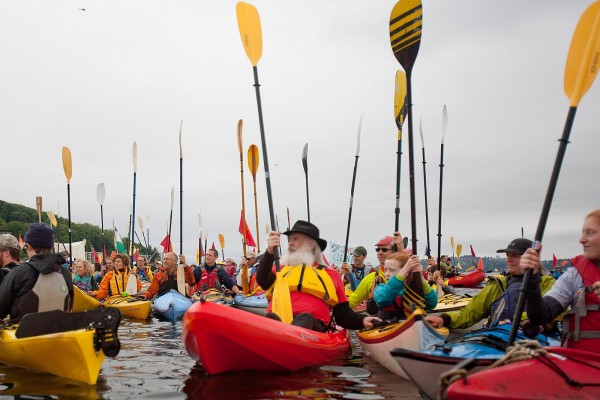 While Portland, the first U.S. city to adopt its own climate action plan, is known internationally for its leadership in this arena, this initiative was unprecedented even here. It all began when grassroots activists collectively said “no” to the dozens of proposals for oil, gas, and coal shipments out of the greater Northwest — projects that would carry as much carbon annually as five Keystone XL pipelines.

Activists hung a now legendary banner from Portland’s iconic bridges that read simply, “Coal, Oil, Gas: None Shall Pass.” When Hales refused to back down in his support for a proposed propane terminal — the largest single business investment in Portland history — we orchestrated direct actions, taking over the city council itself on Earth Day in humorous displays of disobedience.

We bird-dogged the mayor, spreading posters of his likeness with the nickname “Fossil Fuel Charlie” around the city. Hales ultimately pulled his support from the project. But we didn’t stop there.

We garnered international headlines when we mobilized “kayaktivists” and joined Greenpeace protesters in blockading Shell Oil’s Arctic icebreaker, the Fennica, for 48 hours in Portland’s docks. This action galvanized public attention and support to keep the Arctic off limits to all oil and gas drilling. We held rallies that swayed our city’s leaders to divest from fossil fuels and oppose the expansion of oil train traffic within city limits.

These actions prove that a committed citizenry can persuade local elected officials to respond to climate science, despite the gridlock at the state, national, and international levels. Innovative policies at the community level can make a big difference.

Portland’s rejection of new fossil fuel infrastructure is consistent with the scientific finding that humanity must keep 80 percent of proven oil, gas, and coal reserves in the ground to prevent climate chaos. It also opens up the political and economic space to embrace the just transition to a clean economy.

Daphne Wysham, an Institute for Policy Studies associate fellow, is the director of the Center for Sustainable Economy’s climate and energy program in Portland, Oregon. Sustainable-Economy.org
Distributed by OtherWords.org