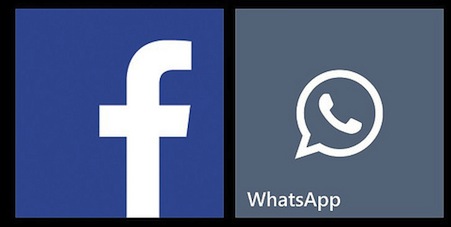 WhatsApp with the Estate Tax?

Weakening financial regulations are driving the economy further down the one-way street of extreme wealth accumulation.
By Bob Lord | April 9, 2014

What does Facebook’s recent purchase of WhatsApp have to do with the estate tax? Actually, a good bit, if you’re concerned about America’s concentration of wealth.

Why? Because an economy needs effective checks and balances. A tax on inherited fortunes essentially operates as an app that counterbalances the impact of events like Facebook’s acquisitions on our nation’s concentration of wealth.

To understand this, consider what the Facebook-WhatsApp deal did to the wealth of the Forbes 400. WhatsApp’s founders, Jan Koum, 37, and Brian Acton, 42, will each pocket about $6.8 billion from Facebook’s $19 billion purchase of WhatsApp. Presumably, their ownership interests in WhatsApp were already worth billions, so the Facebook deal didn’t necessarily create their wealth. But it did reveal the amount of their newly minted wealth to the rest of us.

So, when the 2014 version comes out in September, Koum and Acton will join the Forbes 400, somewhere around 60th place, and two of the list’s bottom-dwellers, each worth about $1.3 billion, will get the boot.

The net effect? The total wealth of the Forbes 400 will gain $11 billion. Overnight.

Each year, several folks leapfrog into the top portion of the Forbes 400 this way. And the same phenomenon occurs with far greater frequency in our larger top-most groups, the top .1 percent and the top .01 percent

Theoretically, the opposite could happen. People near the top of the ladder could see their wealth evaporate in one year, in which case new members would replace them on another rung.

That’s what happened to former Brazilian multi-billionaire Eike Batista, who didn’t make Forbes’ latest list of the world’s richest men and women. But it’s rare. Why? Folks with substantial wealth tend to diversify their investment portfolios, thereby protecting themselves from devastating losses.

Very wealthy Americans also give to charity. Many American billionaires have signed Warren Buffet’s “giving pledge,” a non-binding commitment to give half of their wealth away. Overall, however, the super-rich, especially those who don’t show up on the Forbes 400 list, give only a small portion of their wealth away.

Therein lies the problem. Large fortunes are created faster than they’re lost or given away.

Is the “WhatsApp phenomenon” the only reason wealth at the top can grow faster than that of the general population? No, other factors are at play. The super-rich get opportunities to get even richer by dint of the heft of their investments. And try as they might, they can’t burn through much of their income with living expenses.

America’s relatively progressive income tax structure offsets the wealth-concentrating impact of the higher year-to-year wealth accumulation of the very rich. The federal income tax may need adjustment on that front, but not so much that overnight fortunes are taxed away immediately. The WhatsApp effect gives innovators the incentive to innovate. We don’t want that incentive destroyed.

Thus, a different mechanism counters the WhatsApp phenomenon: the estate tax. A well-functioning estate tax system would de-concentrate wealth at the same rate that the WhatsApp founders of the world concentrate it.

Just as new fortunes are being created or revealed overnight, established fortunes can be swiftly cut down to size when their owners pass away. For example, the taxation of a $20 billion estate at 70 percent would cancel the wealth-concentrating effect of Facebook’s WhatsApp purchase.

Taxing great fortunes at death makes perfect sense. After all, if we want the children of the founders of Facebook or Twitter to be as innovative as their dads, they ideally will have to make their own way in the world. And, truth is, the prospect of a big estate tax payment by their heirs often motivates the very wealthy to make charitable gifts.

Sadly, our estate tax has become virtually optional. Thanks to gaping loopholes, even billionaires can zero out their estate tax liabilities before they pass away.

It’s time to fix the national app that used to serve as a brake on the extreme concentration of wealth at the top.

Bob Lord, a veteran tax lawyer and former congressional candidate, practices and blogs in Phoenix, Arizona. He is an Institute for Policy Studies associate fellow.
Distributed via OtherWords.org