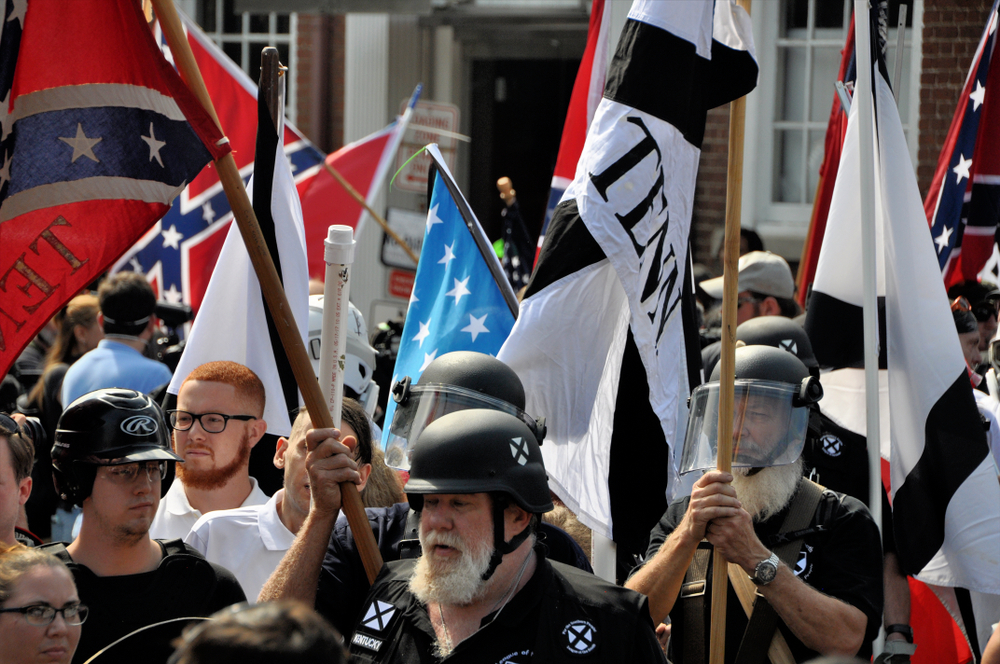 It's inspired terrorist attacks — and entire governing structures — on multiple continents. Can we name it?
By Tracey L. Rogers | March 20, 2019

White supremacy — the belief that white people are somehow superior to people of other racial backgrounds, and should therefore politically, economically, and socially rule non-white people — isn’t going away any time soon.

It’s been deeply woven into the fabric of our culture, systemically and institutionally ingrained into this country’s DNA. It’s at the root of every racist act. It’s metastasized into the soil of this land and beyond, shaping our nation — and our world — as it stands today.

White supremacy is a disease that’s never been quarantined or contained. It’s as widespread and destructive as it’s ever been, erupting in extreme displays like the massacre at twin mosques in Christchurch, New Zealand by a self-proclaimed white supremacist.

President Trump is quick to exaggerate any alleged threat posed by immigrants or Muslims. But when asked by reporters if he believed that white nationalism was a rising threat, he responded: “I don’t really. I think it’s a very small group of people that have serious problems.”

The real problem is that the attacks in New Zealand indeed reflect a growing threat worldwide of white supremacist terrorism, according to former FBI and Homeland Security officials.

In the United States, domestic terror at the hands of white nationalists is on the rise. The most recent incident involved a U.S. Coast Guard lieutenant, a self-proclaimed white nationalist, who created a “hit list” of progressive leaders, activists, and media personalities he intended to kill.

In fact, one recent study showed that white supremacists committed virtually every single act of terror in the United States last year. These incidents and others documented by the Southern Poverty Law Center expose a new iteration of white supremacist resurgence, with hate that dates back centuries.

You can see it even in “ordinary” political speech.

Rhetoric used throughout history labeling Indigenous people as “savages” and Africans as “brutes” is shamelessly being repeated by Donald Trump to describe immigrants seeking asylum in the United States. His reference to Haiti and African nations as “s—hole” countries bespeaks an oppressive colonial mentality that depicted non-white countries as being uncivilized.

In his 74-page manifesto, the New Zealand terrorist admitted he committed his crimes to “show the invaders that our land will never be their land,” and praised Trump as “a symbol of renewed white identity and common purpose.”

We’re not witnessing the acts of “a very small group of people.” We’re witnessing a terror that has spanned the globe, from the British Empire to Nazi Germany to the Jim Crow South and now to New Zealand.

Is it a coincidence that Trump would deny white nationalism is on the rise, while simultaneously using it as a framework to impose harsh restrictions on immigration and other policies?

This resurgence of white supremacy is rooted in a fear of what activists refer to as its “dismantling” — the stripping away of white supremacist rules, systems, beliefs, and ideologies. That can’t be done without understanding its origins or its fundamental violence — or the fact that ideologues like those in power today have little else to offer working white people.

To state it plainly, all people are equal. The perpetuation of racist ideas is one big fallacy; so too is the legacy of white supremacy. The sooner we name it and dismantle it, the better for all of us, whatever our color.

Tracey L. Rogers is an entrepreneur and activist living in Northern Virginia. Distributed by OtherWords.org.