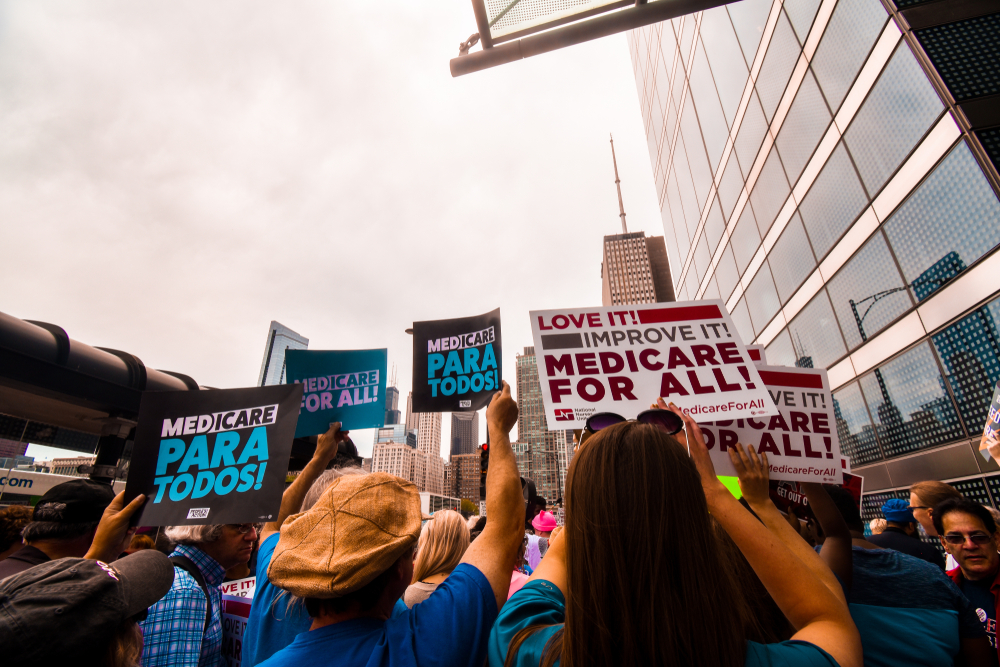 Who’s Afraid of Medicare for All?

We might expect that corporate billionaires and Koch-funded Republican right-wingers would be howl-at-the-moon opponents of a wealth tax, Medicare-for-All, and other big progressive ideas to help improve the circumstances of America’s workaday majority.

But Democrats, too? Unfortunately, yes. Not grassroots activists, but a gaggle of don’t-rock-the-corporate-boat, fraidy-cat elected Democrats.

These naysayers are the party’s old-line politicians, lobbyists, and other insider elites who are now screeching that Democratic candidates must back off those big proposals.

Why? Because, they squawk, being so bold, so progressive, so — well, so Democratic — will scare voters. As one meekly put it: “When you say Medicare for All, it’s a risk. It makes people afraid.”

Excuse me, but in my speeches and writings I say “Medicare for All” a lot — and far from cowering, people stand up and cheer.

In fact, the New York Times just reported that 81 percent of Democrats (and two-thirds of independents) support Medicare for All. Even apple pie doesn’t score that high! It’s simply a lie that the people are “afraid” of the idea of everyone getting public-financed health care.

So who really fears it? Three special-interest groups: Insurance company profiteers, Big Pharma price gougers, and the political insiders hooked on funding from those corporations.

Not only is it a pusillanimous fabrication to claim that the people oppose any changes stronger than corporate minimalism, it’s also political folly. If the Democratic Party won’t stand up for the transformative structural changes that America’s middle and low-income majority clearly wants and needs, why would those people stand up for Democrats?

As the 2016 presidential election taught us so painfully, a whole lot of the working class Democrats the Party counts on won’t.