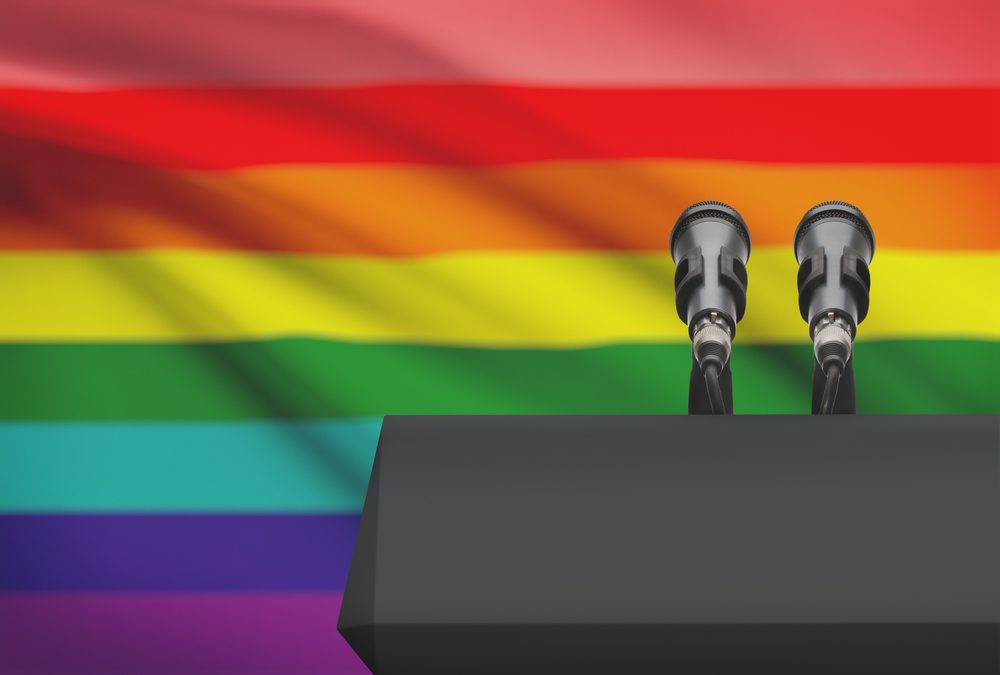 Why Are LGBTQ Rights Even a Debate?

As a newly out lesbian, I couldn’t help but watch the recent Supreme Court hearings on employment rights for LGBTQ people, and a recent Democratic presidential candidate town hall on LTBTQ issues, and think: “I’m sorry, what?”

How are my rights and my humanity a debate? And why is a personal, private matter that affects nobody except for the women I date a controversial issue?

I’m not new to LGBTQ rights advocacy, but in the past, I truly thought I was straight. I’d date men, looking for Mr. Right, like “No, not that one… not that one… he’s nice, and good looking, I just don’t know why I’m not feeling it with him.”

I fought for LGBTQ rights but I didn’t question the need to fight for them. The “debate” over these rights felt like a fact of life every bit as much as what goes up comes down.

My personal life as a straight person wasn’t a controversial issue, but it was up to me as a good ally to fight for the rights of oppressed others.

Once I came out — well after Don’t Ask Don’t Tell had already ended and marriage equality was the law of the land — I felt guilty that I’d bypassed so much of the injustice other LGBTQ people suffered by remaining closeted until it was over.

Then I realized that I didn’t skip it. I just experienced it in a different way.

Growing up, being straight was presented as the only option, so I assumed I was. When I learned about homosexuality, it was highly sexualized and stigmatized.

I was a kid then. My feelings for other girls didn’t feel romantic. They were more along the lines of “I feel so amazing when I’m with Jessica” and “Amy is the best girl ever! I wish she’d talk to me.”

In junior high, I wondered if I was gay because I didn’t like boys — but I thought I also didn’t like girls. I assumed that gay feelings would be more, well, sexual.

I also thought gay feelings would feel more… weird. Everything I felt seemed normal and natural. I just assumed every girl felt for their girl friends what I did for mine.

Thus commenced two decades of unsuccessfully dating men and going into adulthood alone — without love, without the ability to start a family — because I was shopping in the wrong aisle for a romantic partner.

My gay feelings were so buried it took a while to even find them. Once I did, it was like, “Wait what? That’s what people have a problem with? Why?”

The feelings are ones of love, plain and simple. The joy of being with another human, of getting closer to her, of caring about her, of wanting to share my life with her.

Where, exactly, is the controversy in that?

I live in Wisconsin now, and I was here in 2004, when the majority of this state voted to constitutionally ban my right to marry. Before moving back here, I lived in California — where in 2008, the voters of that state overturned marriage equality too.

Why are anyone’s love life, family, and identity a referendum? Why are they a debate? Why must we plead our case to not get fired for who we love in front of the Supreme Court?

I wish we did not even have to dignify our opponents with a response that legitimized the debate, but, sadly, we do. If we don’t, we will be denied those rights. And there’s nothing normal about that at all.