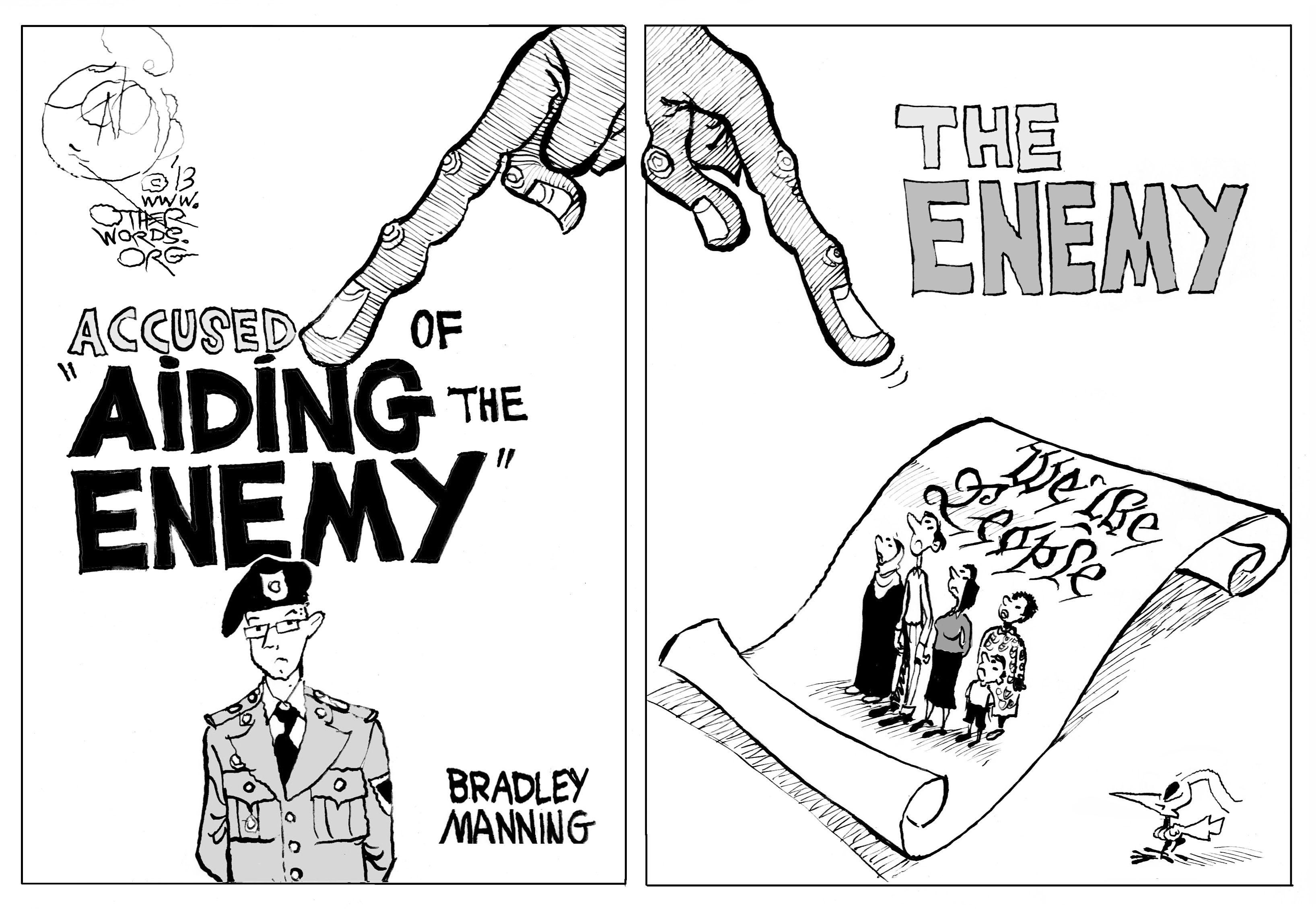 Aiding the Enemy, an OtherWords cartoon by Khalil Bendib

Why I Granted Bradley Manning a Presidential Pardon

He was defending the highest principles of democracy by exposing U.S. war crimes and State Department deception.
By Jill Stein | August 7, 2013

In another America — where democracy reigns and government respects freedom of the press, protects privacy, and honors whistleblowers — Bradley Manning would receive a presidential pardon.

After campaigning for the presidency last year, I was asked by my supporters to set up an alternative administration, a shadow cabinet. Our mandate is to watchdog the federal government and to demonstrate what a government of the people – rather than of the lobbyists — would actually do in office.

As President of this Green Shadow Cabinet, I have the honor of pardoning Bradley Manning — on behalf of the other America that recognizes him as a hero. 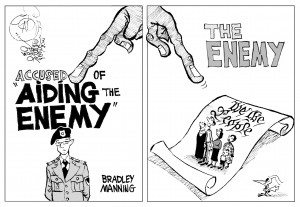 Aiding the Enemy, an OtherWords cartoon by Khalil Bendib

My decision is at odds with the Obama administration, which has labeled Manning a traitorous criminal. But it’s clear that Manning was defending the highest principles of democracy by exposing U.S. war crimes and State Department deception.

These disclosures helped trigger the democracy movements of the Arab Spring that echo the ideals of the American Revolution.

Though Manning has been accused of endangering national security, no actual harm was established in court hearings. State Department officials also acknowledged this in a secret testimony revealed by Reuters.

Bradley Manning has already spent three years in jail and months enduring solitary confinement and cruel, degrading treatment, according to the United Nations rapporteur on torture. Now Manning is facing up to 90 years in prison for doing what the press should have done, had they not been missing in action. That’s enough.

Bradley Manning is a hero for telling the truth to the American people — that our government was committing war crimes and betraying basic American values of honesty and respect for international law in routine State Department operations.

I therefore issue a presidential pardon to Bradley Manning from the Green Shadow Cabinet. I call on President Barack Obama to do the same, only to actual effect.

Dr. Jill Stein, who won half a million votes in the 2012 presidential election, is the president of the Green Shadow Cabinet of the United States.
Distributed via OtherWords. OtherWords.org