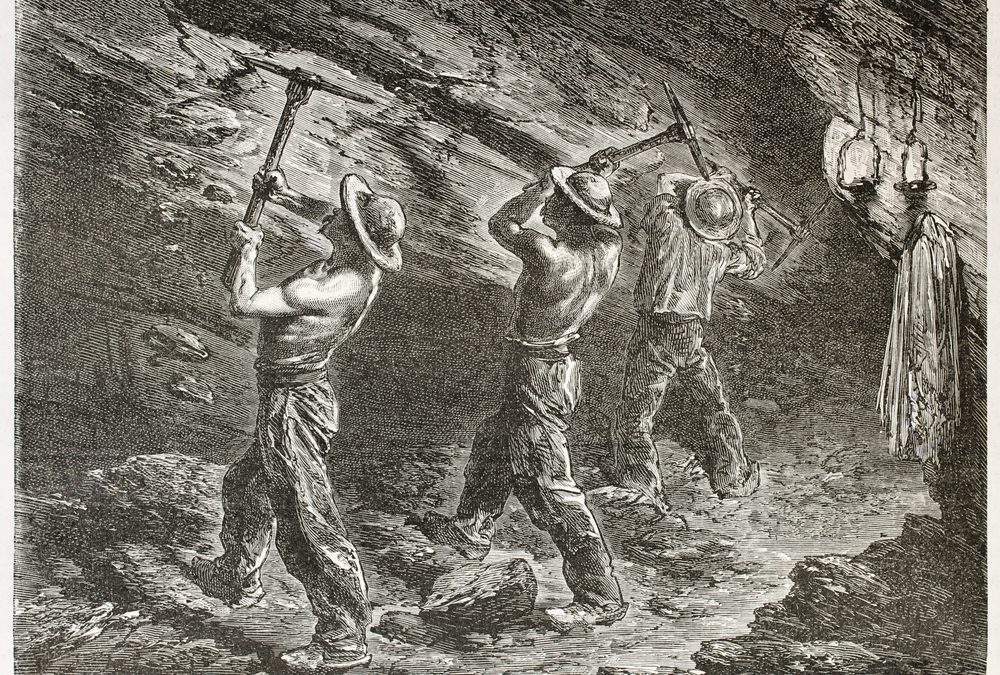 Why Some Men Reject Environmentalism

In the United States, the popular tide has been ever so slowly turning against fossil fuels. But some still reject this change and the underlying science.

Why? Some researchers argue it has to do with masculinity.

A recent Huffington Post story raised the issue of whether fossil fuels could be called a “cultural issue.” The article details a theory that the U.S. fossil fuel industry “serves as an avatar for a certain kind of cultural worldview, one that resonates with tough-guy masculinity.”

First, we should note that masculinities scholars discuss masculinities, plural. Not all men are the same, and culturally recognized forms of masculinity can change. Consider that high-heeled shoes and makeup were considered manly in 18th century France, and cheerleading was founded in 19th century America as an all-male sport.

With those caveats in mind, let’s look at the question of men and environmentalism.

To take but one example, one study found that men are less inclined to buy products marketed as “green” because adults of all genders associate eco-friendliness with femininity.

However, most research in this vein is about certain types of men, not all men. These studies tend to focus on “conservative white males,” “authoritarians,” and white males with “hierarchical and individualistic worldviews” and “extreme risk skepticism.”

One theory is that people disbelieve information that challenges the beliefs of groups they belong to, because believing it would either make them no longer fit into the group, get in the way of the group’s practices, or make the group look bad.

For example, a football fan might resist believing that football causes dangerous concussions because accepting that as true might make the game more difficult to enjoy, or even imply that it shouldn’t be played at all.

The same may be true for these groups of men.

Sociologists Aaron McCright and Riley Dunlap note that conservatives in the U.S. have heard decades of climate denial from conservative news sources. They add that “conservative white males are more likely to favor protection of the current industrial capitalist order which has historically served them well.”

Environmentalism, in short, may threaten their identities as conservative men.

What’s more, industries like coal can play a validating role for men in some communities, even in the face of negative consequences like black lung or pollution. Researchers have found that even men directly harmed by fossil fuel industries often oppose environmental regulations.

Why? Again, it relates to how they see themselves as a group.

In Appalachian towns harmed by the coal industry, researchers observed that women saw activism as consistent with their roles as mothers, protecting their children. But men did not, because they achieved masculinity through work in the coal industry.

On the other hand, there are masculine and even conservative ways to be an environmentalist too.

For example, conservation among white American hunters dates back to the 1800s. Sportsmen implemented regulations to ensure a sustainable supply of game species into perpetuity. Hunters are also strong advocates of public land.

There’s even an evangelical Christian environmental movement, “creation care.” A website dedicated to the idea insists that “human beings are called to care for the rest of God’s creation, not abuse or destroy it.”

The point is that people’s views aren’t set in stone, and there are multiple paths to caring about stewardship of the planet. But people will resist beliefs that they feel conflict with their identities, so it’s unwise to insult, badger, or push men into supporting a form of environmentalism they find “emasculating.”

Instead, we should listen for messages about protecting our planet that come directly from the different groups who live on it.