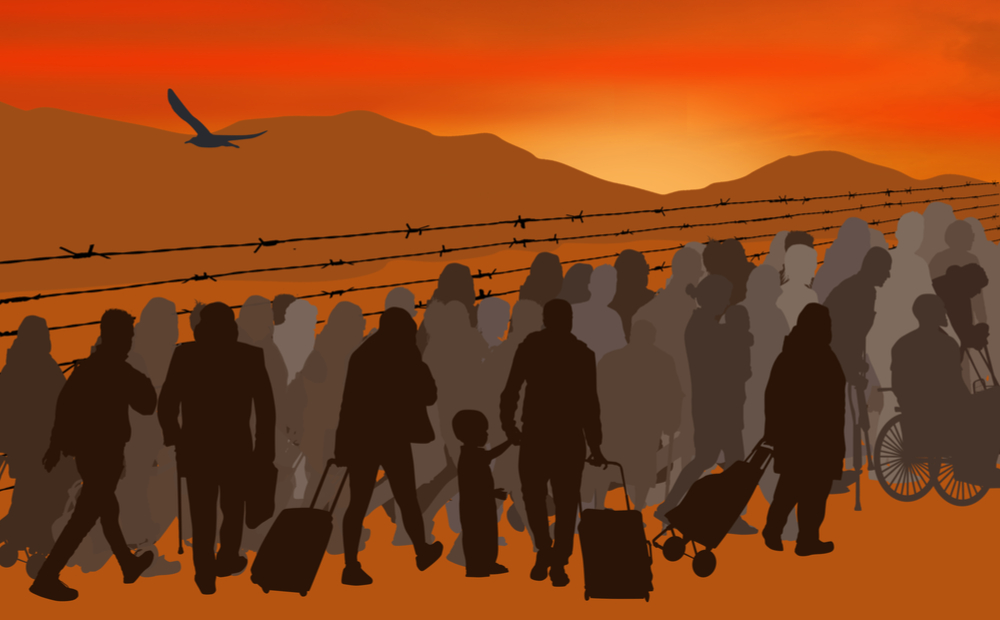 Why They Still Come

The U.S. created conditions in Central America that families are desperate to flee — even if they risk being separated.
By Mitchell Zimmerman | July 9, 2018

What goes around comes around. This familiar phrase explains why Central American families and children are coming up to our back door, seeking asylum in the United States.

And they will keep coming — even if the Trump government resumes tearing small children away from their parents — because for them it is literally a matter of life and death to escape the horrific violence that our government sowed in their homelands.

Why wouldn’t they try? Attorney General Sessions asserts that gang violence is no longer a basis for seeking asylum. But try telling that to a teenager whose parents have been murdered by one of the gangs that have overwhelmed El Salvador, Guatemala, Honduras, and so many parts of Mexico.

Try telling that to a mother whose 13-year-old daughter is being “recruited” on pain of death for sex with a gang leader — and who has seen girls her age gang-raped, mutilated, and murdered.

Would you stay and “wait for your turn” for lawful entry to the United States, a turn that might never come? Or would you tell your daughter: Go! Get away as fast as you can, for God’s sake, and get into the United States any way you can!

It started long ago in the 1980s, when a million Salvadorans fled a brutal civil war. In desperation, many entered the United States unlawfully. Similar struggles in Guatemala, Honduras, and Nicaragua in that era generated still more refugees.

The U.S. backed brutal parties to each of these conflicts, making them that much bloodier.

A decade later, many of those who came to America as children — by then teenagers living in cities awash in racial tension, and despairing of achieving a better life — were recruited into gangs and inculcated into U.S. gang culture. Instead of addressing the problem, America chose an easy solution in the 1990s: Take those who weren’t citizens and dump them elsewhere. Our government “exported” them to El Salvador, Honduras, and Guatemala.

But the thousands of deported gang-bangers — many of whom had been carried to the U.S. as small children, spoke only “Spanglish,” and had few marketable skills — had no better chance of lawful integration in their supposed “home” countries. So they re-formed and resumed gang life and gang warfare in Central America.

We also gave them something to fight over: the multi-billion-dollar business of exporting drugs to the United States. For decades, American politicians made political hay by waging a supposed war on drugs, a war they know can never be won, rather than recognize drug abuse as a public health problem.

The results: ever-more fierce, drug-driven gang wars in Central American and Mexico. And a reign of terror from which unaccompanied children and entire families have fled, as murder, assault, and rape by gang members became rampant. Do you wonder they need to escape to our country?

If common decency — if the crying of small children — isn’t enough for us to recognize them as human beings deserving asylum, then we should recognize that they are America’s responsibility because the United States helped create the disaster they seek to escape.

These children and mothers and fathers aren’t criminals. They’re refugees. If America isn’t a refuge for those in desperate need, what are we as a nation?

Mitchell Zimmerman is an attorney who’s represented a number of DACA applicants. Distributed by OtherWords.org.