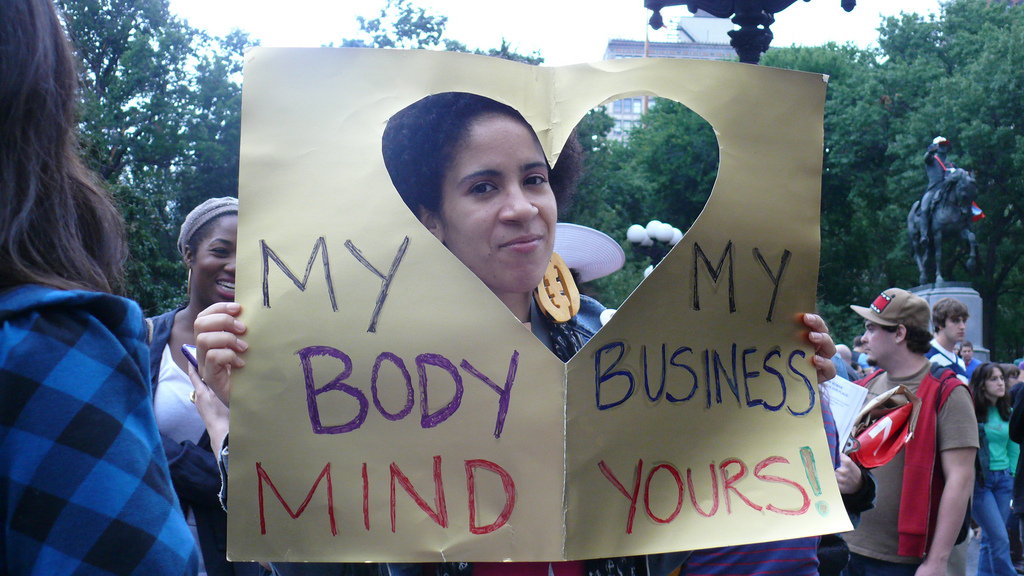 Why We Still Need Feminism

Until recently, American women didn't even own their own bodies.
By Jill Richardson | December 7, 2016

From his campaign rhetoric to his transition appointments, our next president has placed himself squarely in a conservative movement calling itself the “alt-right.” That movement, the Los Angeles Times reports, “generally embraces and promotes white nationalism, racism, anti-Semitism, homophobia, transphobia, and misogyny.”

As a privileged, white, and heterosexual woman, I’ve never considered my rights under attack to the same degree as the other groups in that list. But to this incoming bunch, feminism is a dirty word.

Maybe it’s time to review what feminism is, and why it emerged in the first place.

Odds are that most of us have no idea how bad women once had it. And men, before you check out, let me assure you that this is no man-hating screed. I have a hunch we’ll be on the same page, actually. 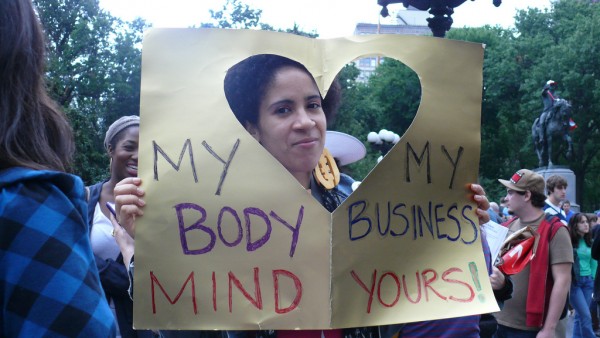 No doubt, you probably know that women couldn’t vote until 1920. And that women were once expected to be homemakers instead of pursuing careers. But what else are those uppity women whining about?

For starters, there’s the right to own things — like our own bodies.

At the founding of our nation, women were bound by something called “coverture” — the idea that a married woman’s legal identity was subsumed under her husband’s. He owned property and voted for the both of them. And he had a legal right to her body.

This is what the first feminists opposed. Through their agitating, married women first won the right to own property in 1848. The right to vote followed in 1920, but marital rape wasn’t illegal in all 50 states until 1994.

Consider that. Just 22 years ago, a Texas man could still legally rape his wife as often as he chose. How dare those crazy man-hating feminists demand they not be raped!

Until 1970, states only permitted divorce when one of the spouses was found “at fault.” Only certain reasons were allowed — and falling out of love wasn’t one of them. In much of the country, neither was domestic violence.

Once married to your spouse, you were stuck with them unless they committed adultery, more or less. If your husband beat you, that was your problem.

Women who wished to work were relegated to “women’s jobs” like teaching, nursing, and secretarial work, and those jobs paid less than “men’s work.” With men doing all the science, it took until 1966 for the “discovery” that women actually have orgasms.

Married couples couldn’t legally use birth control until 1965. Since abortion was also illegal in much of the country, and since a man could have his way with his wife as he chose, women had no control over the number of children they had. (Unmarried Americans only gained the right to use birth control in 1972.)

Over the last two centuries, those are the issues feminists have fought for. So why does feminism still exist?

Because women still earn less than men for doing the same work. And because our bodies still don’t enjoy the full protection of the law. To put a finer point on it, the Stanford rapist served just three months in jail for raping a girl behind a dumpster.

Feminism isn’t about hating men or burning bras. It’s about women wanting to be treated like human beings who matter.

So when the white nationalist website Breitbart, under the management of Bannon, asked, “Would you rather your child had feminism or cancer?” the correct answer is outrage that such a question is asked at all — or that the one who asked it is allowed anywhere near the White House.