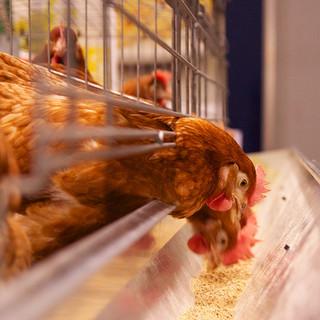 Why the Chicken Crossed the Road

Thanks to the industrializers of American agriculture, we finally know why the chicken crossed the road: to run away from the factory farm.

These livestock and poultry factories are encased in thousands of sprawling, low-slung, metal buildings that now litter much of our nation’s rural landscapes.

Rarely seen by consumers, much less entered by them, the prison-like facilities are officially called “confined animal feeding operations.” They’re as far from pastoral as that name suggests.

Typically, a factory farm has many thousands of chickens, cows, hogs, turkeys, or other animals jammed together in tiny cages and crates that permit little movement beyond eating and defecating. 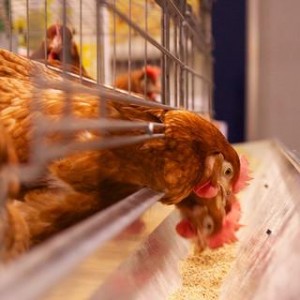 An Ohio egg-producing operation, for example, was found to have four million birds “living” six to a cage. The cages were no bigger than an open newspaper, giving each one a space of roughly eight inches by eight inches. For life.

That’s not a farm, it’s an animal concentration camp.

And unbeknownst to the vast majority of consumers, 97 percent of the eggs we buy come from factory farms. Even less known is the nasty fact that those cages aren’t just crammed with hens. They’re also teeming with salmonella and other pathogens.

Indeed, Big Agriculture rationalizes its assembly-line treatment of animals on the grounds that it yields cheap eggs and meat. But that “low price” is only achieved by passing onto the public the high health costs of food poisonings, antibiotic-resistant bacteria, cancers, and contaminated water that our reliance on the factory farm model creates.

This approach to producing food is so gross that: 1) The president’s cancer panel urges consumers to avoid it altogether by buying organic food; and 2) The industry is trying to make it a crime to take pictures or make videos of factory farms.

Out of sight, out of mind, right?