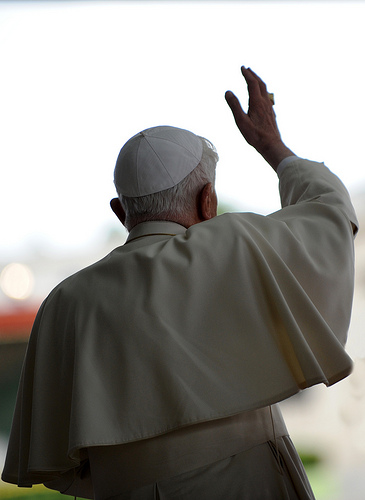 Will the Next Pope Make a Difference?

Pope Benedict XVI doesn't deserve praise from any religious leader who believes the protection and sustenance of children is far more important than the protection of criminal priests.
By Arthur Waskow | March 6, 2013

Will Pope Benedict XVI’s resignation make any difference? He and his predecessor have appointed a College of Cardinals so profoundly rooted in his vision of the world that it would really take a miracle for the next Pope to be more in the tradition of Jesus and John XXIII.

The Vatican claims that the Pope resigned because of his health. But this announcement came upon the heels of a stunning film, Mea Maxima Culpa: Silence in the House of God, on the priestly abuse of children and the cover-up of these crimes. Broadcast by HBO just days ago, it documents the resistance of deaf young men in Milwaukee to the Church’s silence about their being abused.

The film makes clear the former Pope’s responsibility, back when he was still known as Cardinal Joseph Ratzinger, for controlling and arranging the concealment of hundreds of cases of priests around the world who abused and raped children. 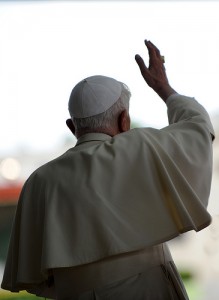 This Pope doesn’t just bear responsibility for much of the cover-up of criminal behavior by priests. As Pope, he also ordered attacks by the Vatican on the American nuns who have committed their lives to working with and for the poor — not only in direct service but in advocating public policy. The Vatican has condemned them for not putting their energy instead into criminalizing abortion and opposing contraception.

Indeed, the protection of criminal, abusive priests is even worse than the original abuse.

Assessing and judging the past is always necessary in order to heal and move into the future. Perhaps the scandal of the priestly abuse of children — and the even worse scandal that bishops, archbishops, cardinals, and popes protected those criminal priests — will so stir the conscience of the College of Cardinals (or at least their prudential concern about the Church’s reputation) that an unexpected choice will emerge. For the sake of the world as well as of the Church, let’s hope so. And even pray so.

Rabbi Arthur Waskow, Ph.D., is the director of The Shalom Center and a former Institute for Policy Studies fellow. theshalomcenter.org