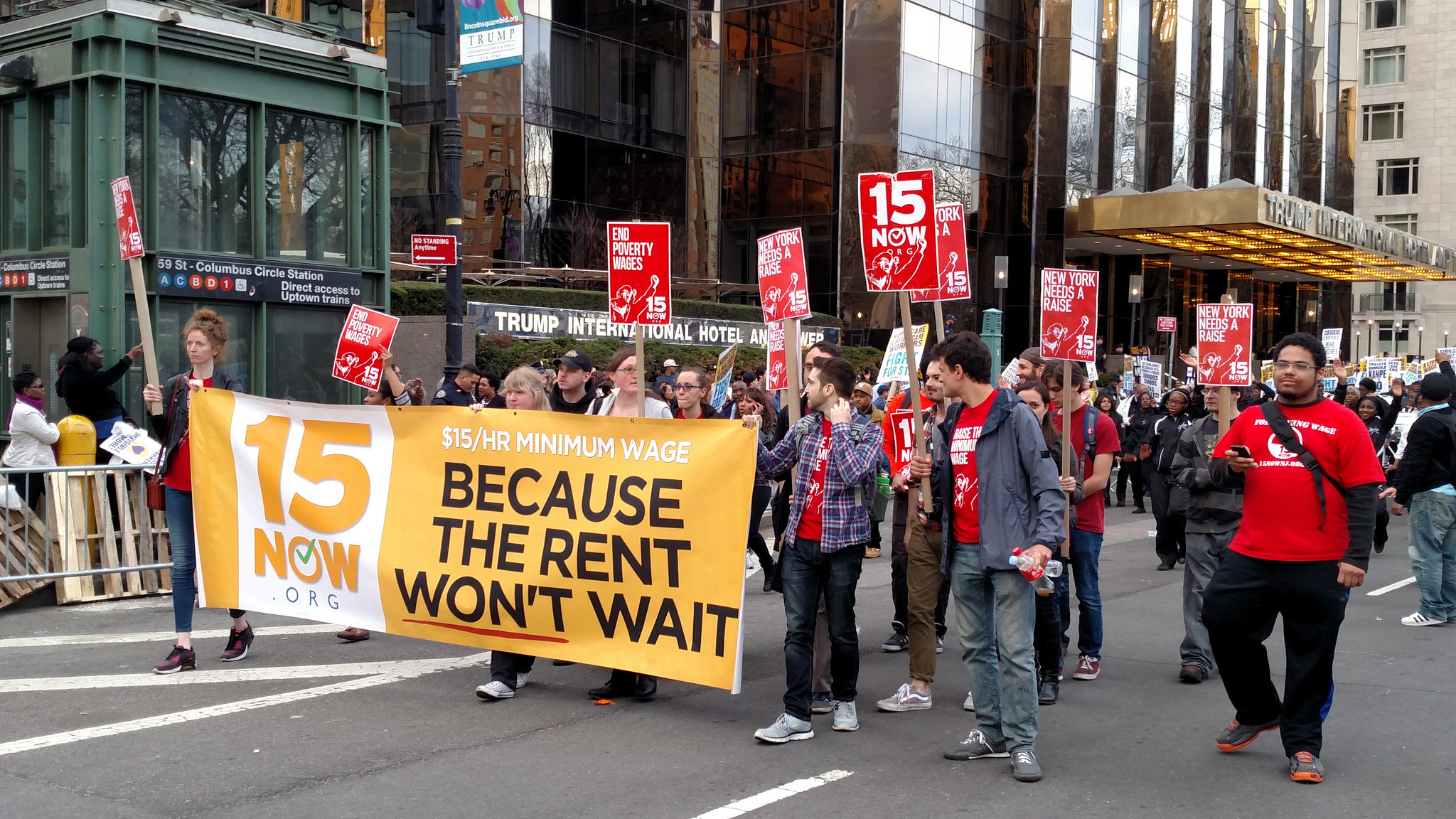 Millions of low-paid Americans rang in 2016 with a raise, as a handful of state minimum wage increases went into effect on the first day of January.

Many of those raises are a barely noticeable 15 or 20 cents an hour — little comfort to people struggling to make ends meet. But workers in the cities and states that voted for more robust wages last year saw much more significant gains.

Minimum wage workers in Alaska, California, Massachusetts, and Nebraska, for example, are finding a dollar-an-hour increase in their paychecks. Workers in Hawaii are enjoying an extra $1.25 an hour. In Seattle, some workers at bigger companies are seeing a substantial $2 hourly increase as the city’s $15 minimum wage is phased in.

The national campaign for a $15 minimum wage emerged as a leading economic justice issue last year. It’s also a critical racial justice issue: Half of all African-American workers and almost 60 percent of Latino workers make less than $15 an hour. 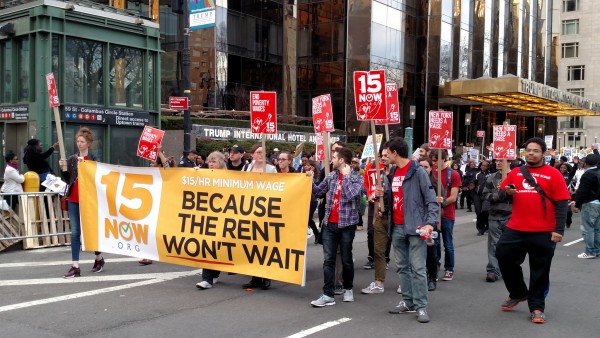 The momentum to raise the minimum wage will only increase in 2016 as public support grows. Yet too many states — 21 of them, concentrated mainly in the South — haven’t budged from the federal minimum wage of $7.25 an hour, unchanged since 2009.

Many of these holdouts have deep pools of poverty. Most deny poor families health care by refusing to expand Medicaid, and nearly all have held the sub-minimum wage for tipped workers to $2.13 an hour for 25 years.

The problem with efforts to raise the wage city by city and state by state is that it leaves out workers in states without a citizen initiative process, or in communities without strong unions or leadership. Millions of low-wage workers are at risk of becoming a left-behind underclass.

That means it’s time for Congress to increase the national minimum wage — and to abolish the lower, sub-minimum wage for tipped workers. If they aren’t sure how to do it, leaders from New York to Los Angeles have provided plenty of examples.

Research from my organization, the Alliance for a Just Society, shows that a living wage for a single adult ranges from $14.26 in Arkansas to $21.44 in Hawaii. On average, a worker would have to put in 93 hours a week just to get by on the federal minimum wage of $7.25 an hour.

The numbers underscore the crisis facing families in our country.

Often, low-wage workers are told that the solution is to go get a better-paying job, but the reality is there are nowhere near enough jobs that pay a living wage. The occupations with the most job openings — in retail and restaurants — pay the least, and they’re most likely to be part-time.

It’s unacceptable that anyone who works full-time in our country should go hungry, homeless, or without care for their child. This is the year to make all wages living wages. Without action, Congress is endorsing the creation of a new class of poverty among our workers.

Jill Reese is the associate director of the Alliance for a Just Society, a national organization focusing on economic and racial justice. AllianceForAJustSociety.org
Distributed by OtherWords.org.