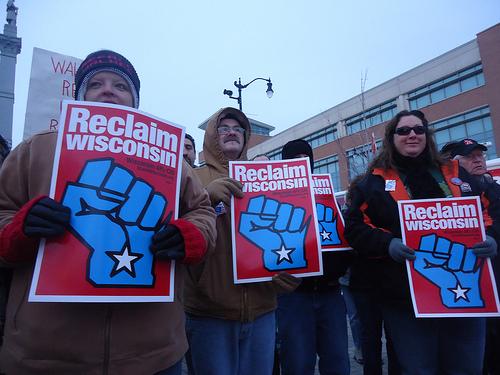 It's too simple to say that money bought this election.
By John Stauber | June 11, 2012

We’re nice people out here in Dairyland. Just ask anyone — that’s our reputation. But the purple state of Wisconsin is a political microcosm of today’s divided America.

The bitter battle over whether to recall our governor divided this state like the Civil War. In the end, union-crushing Gov. Scott Walker won, despite the efforts of the Madison- and Milwaukee-based uprising that at times put more than 100,000 people into the streets. They protested many of Walker’s actions, but above all they objected to what the tea party governor himself described as a secret “bomb” — his bid upon taking office in early 2011 to destroy public employees’ right to collectively bargain.

I’m almost 60 and have lived in Wisconsin since birth. The mobilization to force Walker’s recall election was greater and more energetic than anything I ever witnessed in the Badger State. Bigger than the protests at the height of the Civil Rights struggle or the protests against the Vietnam War, in which I participated. But this uprising stumbled on June 5 when neither the governor nor three of his four targeted legislative supporters were recalled. One Republican state senator did get recalled, but the 2012 legislative session has already ended. 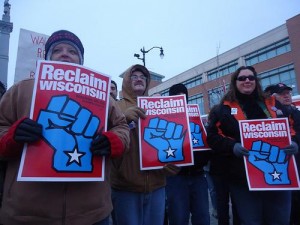 Walker’s victory sent a statement from Wisconsin that a majority of the state’s voters either support his radical agenda or didn’t feel that the recall election was necessary. Democrats pointed to polls showing that President Barack Obama still leads Mitt Romney for the November election here. But that’s just grasping at straws.

What’s the lesson here? Walker outspent his Democratic opponent Tom Barrett by $30.5 million to $4 million. That comes to $23 for every vote Walker won, compared to $3.47 for each of Barrett’s votes. But it’s too simple to say that money bought this election.

In the wake of the Supreme Court’s Citizens United decision, an outpouring from rich people and corporate interests — many based outside Wisconsin — bankrolled Walker’s bid to cling to power. Sure, liberal groups and unions also poured tens of millions into the Democratic side of the battle, but they were severely outspent.

Here’s my take on it. Working class people in Wisconsin are scared. They’re hurting. They’re very willing to turn their backs on unions and the Democratic Party.

Walker is in the crosshairs of an investigation that could kill his political career. Many top aides from his previous government job are under criminal indictment. He could be next.

Yet voters put that aside to send a message against Democrats, liberals, and the urban communities in Madison and Milwaukee. People in Wisconsin are economically desperate. They’re not seeing that unions, liberals, or Democrats are helping. Many of them are willing to give the tea party a chance.

Big money defeated people power, but progressives share the blame for this defeat.