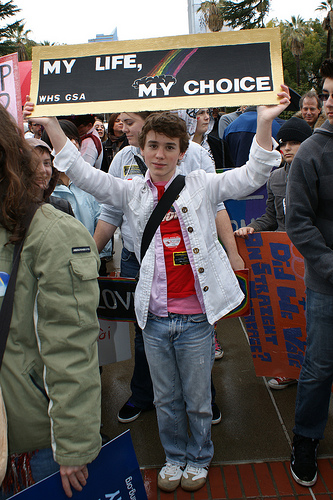 With Americans Moving Forward on Gay Rights, Why Won’t the GOP?

Congress will soon debate something the rest of America decided years ago: whether or not it’s okay to fire people for being gay.
By Drew Courtney | May 22, 2013

By the end of June, the Supreme Court will decide two related cases involving the right of gay couples to get married. We don’t know what the decisions will be, although it seems likely that gay-rights activists will have something to celebrate that day, even if it’s less than what we’re hoping for.

And the celebration has already begun. Delaware and Minnesota recently became the 11th and 12th states to enact marriage equality for same-sex couples, and Illinois could follow suit. At the federal level, things are promising too, as 54 Senators have spoken out in favor of marriage equality. 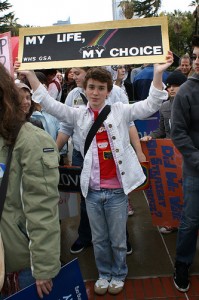 Poll numbers show a healthy majority of Americans agree. Even the NBA is getting in on the action, now that the first openly gay athlete in one of the nation’s Big Four sports has come out of the closet and been greeted with nearly unanimous support from teammates and coaches.

To an outsider, it would appear that marriage equality is an idea whose time has come.

But despite the fact that our national conversation about gay rights is largely focused on marriage equality, this year Congress will be debating something the rest of America decided years ago: whether or not it’s OK to fire people for being gay.

Few Americans still think that’s a live question. Overwhelming majorities of Americans support the passage of the Employment Non-Discrimination Act (ENDA), which would make it illegal to fire someone for being gay or transgender. Even within the business community itself, there’s broad support for the legislation. Tellingly, pollsters have found that most Americans assume that it’s already the law.

Democrats, including President Barack Obama, have supported the legislation for years, but even as the nation gets more and more comfortable with equality for LGBT people, the Republican Party’s leadership has been unable to move forward on the issue. That’s very bad news, not just for the LGBT community, but also for the GOP itself.

Republican strategists are well aware that moderate voters aren’t keen on supporting a party that’s actively working against basic equality for LGBT people, but there are powerful constituencies within the GOP that are demanding fealty to a rigidly anti-gay agenda. While voters in a general election are turned off by nasty anti-gay rhetoric, Religious Right activists have whipped the GOP’s base voters, the ones who show up for primary elections, into a lather.

Tony Perkins of the right-wing Family Research Council says that ENDA is being pushed by the “totalitarian homosexual lobby.” Mat Staver of Liberty Counsel says that the law would lead to sexual molestation and even “the death of some individuals.” Andrea Lafferty of the Traditional Values Coalition compared a similar anti-discrimination measure to the brutal massacre of first graders at Sandy Hook Elementary.

All that because of a law that would stop gay people from getting fired for being gay.

It would be easy to write off these extremists as fringe figures, but the truth is that Republican leaders, so far, have chosen to cast their lot with the anti-gay industry, and against the common sense anti-discrimination laws supported by most Americans.

Every day, it gets clearer and clearer that LGBT people are part of our communities, and that basic legislation, including laws to prevent discrimination on the job, are common sense. But ENDA won’t even get a vote until House Speaker John Boehner and at least a few Senate Republicans stop carrying water for the far-right and instead open the door to some common sense pro-equality initiatives.

In the next few months, GOP leaders will face a choice. They can stand up for common sense, progress, and an increasingly lopsided majority of Americans, or they can side with the rigidly anti-gay activists who are currently calling the shots in the Republican Party.

They should probably hurry up. America is getting way ahead of them.

Drew Courtney is the director of communications at People For the American Way. PFAW.org
Distributed via OtherWords (OtherWords.org)