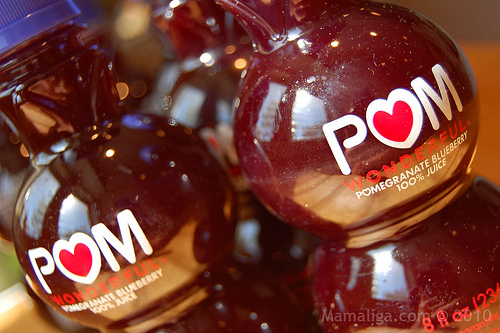 Pom Wonderful made such outlandish claims that the Federal Trade Commission stepped in and told them to cut it out.
By Jill Richardson | May 14, 2014

The new comedy show Last Week Tonight with John Oliver included a well-deserved riff on the food industry in its first episode. Oliver, who you might know from his work on Comedy Central’s fake news program, The Daily Show, went after two well-deserved targets: Pom Wonderful pomegranate juice and Coca-Cola.

He refers to a court case in which Pom Wonderful took on Coca-Cola for its Pomegranate Blueberry Minute Maid drink that is made of 99 percent apple and grape juice. 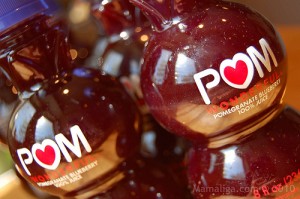 Have you heard about the extraordinary health benefits of pomegranates? More antioxidants than blueberries! At some point in the last decade or so, pomegranates took off as the ultimate health food. Or one of them, anyway, along with other superfoods like green tea, açaí, maca, and goji berries.

And all of these foods are truly healthy. Some of them even taste good. But that doesn’t mean one must eat them to the exclusion of all other foods.

So-called superfoods usually are good for you, but variety is the key to a healthy diet. So is eating whole foods. And most whole foods provide wonderful health benefits, even if researchers haven’t isolated and published scientific articles on them yet.

So, sure, eat a pomegranate. I love sprinkling pomegranate seeds on my salads. But also eat a wide variety of other fruits, plus grains, nuts, seeds, veggies, and legumes.

However, that’s not the message we got from the people behind Pom Wonderful. They made such outlandish, unsupported claims about pomegranate juice’s power to reduce the risk of heart disease, prostate cancer, and erectile dysfunction that the Federal Trade Commission stepped in and told them to cut it out.

As John Oliver put it, the Pom Wonderful v. Coca-Cola case “is actually about Pom Wonderful saying: Hey, we didn’t spend years misleading people about the health benefits of our snake oil for you to come in and lie about how much snake oil you have in your products.'”

Finding superfoods that will provide the key to health is an attractive idea, but it’s not realistic. Relying on marketers to key you in to which foods rank as superfoods is even sillier. They just want you to buy whatever they are selling.

Once they hook you into believing they are selling the magic food for health or weight loss, they can charge big bucks.

Worse yet are the superfood knockoffs you’ll see, like pomegranate martinis, which might be made with artificial pomegranate flavored syrup that contains no antioxidants whatsoever.

Another winner I’ve seen: cookies laced with a powdered form of the hyped-up maca plant. I don’t think you get credit for eating a health food when you mix it in with butter, flour, and sugar and bake it into a cookie.

Unfortunately, even 100 percent fruit juice doesn’t get a free pass, even when it’s actually pomegranate juice instead of 99 percent apple and grape juice.

While fruit is terrifically good for you, its juice provides vitamins and lots of sugar without the fiber to fill you up. You might eat one apple in a sitting, but you could eat the juice of several apples in a few gulps. The same goes for pomegranate juice. Down a glass of it and you’ll be full of antioxidants, but you will be swallowing way too much sugar for your own good. You’re better off just eating a pomegranate.

Sadly, there’s just no free or effortless healthy lunch. We don’t get a shortcut to healthy eating by binging on green tea ginger blueberry pomegranate goji hempseed granola bars. And we can’t rely on advertising to educate us about nutrition.