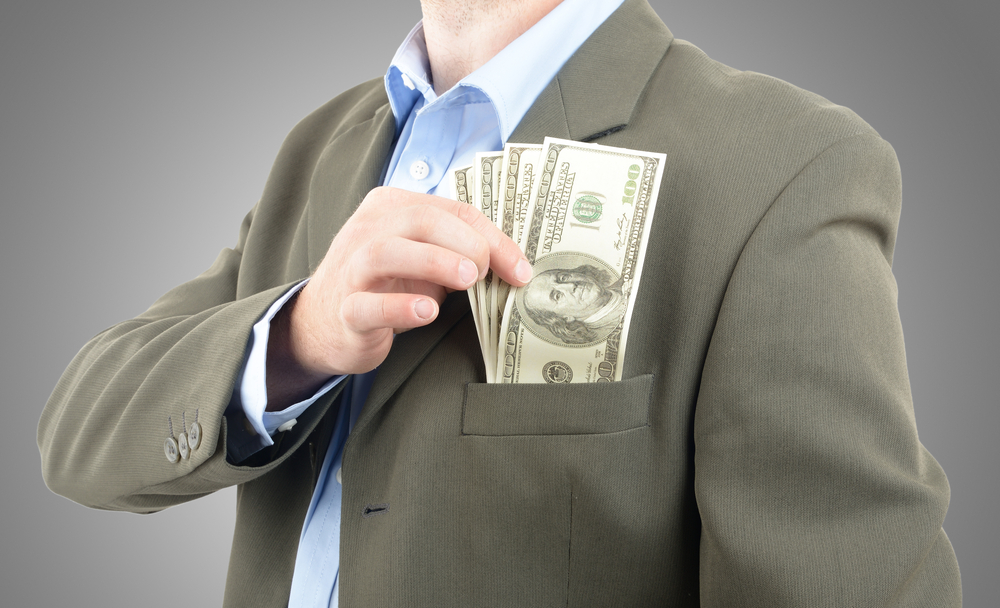 Your Dollars at Work — for the Rich

The taxes we all pay should bankroll quality public services, not grand fortunes.
By Sam Pizzigati | March 25, 2015

Conservative pundits and politicians routinely divide our U.S. economy into two totally distinct spheres. We have the noble private sector over here, they tell us, and the bumbling, bloated public sector over there.

In reality, of course, we have just one economy, with the private and public sectors inextricably entangled. Each year, in fact, hundreds of billions of tax dollars end up flowing directly into the private sector.

This massive privatization of everything from prisons to public schools hasn’t done much of anything to make the United States a better place to live.

On the other hand, this privatization has paid off quite handsomely for America’s most affluent. They’re collecting ever more generous paychecks, courtesy of the tax dollars the rest of us are paying. 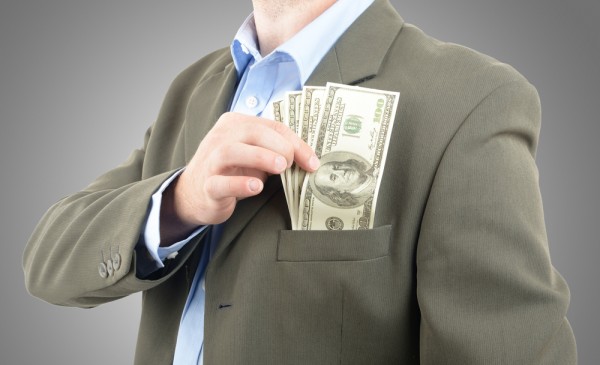 In Washington, D.C., for instance, top officials of the private companies that run many of the city’s charter schools are taking in double or triple what traditional public schools take in, or even more.

The CEO at one company that runs five of these charters, The Washington Post recently reported, pulled in $1.3 million in 2013. That’s nearly five times the pay that went to the top public official responsible for the District of Columbia’s 100-plus traditional public schools.

America’s taxpayer-funded military contractors would, of course, consider that chump change. The CEO at Lockheed Martin, for one, personally pocketed over $25 million in 2013.

So do you like this idea of executives in power suits raking in multiple millions of your tax dollars?

Rhode Island state senator William Conley sure doesn’t. He and four of his colleagues have just introduced legislation that would stop the stuffing of tax dollars into the pockets of wildly overpaid corporate executives.

Conley’s bill directs Rhode Island to start “giving preference in the awarding of state contracts” to business enterprises whose highest-paid execs receive no more than 25 times the pay of their median — most typical — workers.

If Conley’s bill becomes law, the ramifications could be huge.

That’s because we may soon know, for the first time ever, the exact ratio between CEO and median worker pay at every major American corporation that trades on Wall Street.

Five years ago, legislation that mandates this disclosure passed Congress and made it into law. Intense corporate lobbying has been stalling its enforcement, but the stall may soon end. The federal Securities and Exchange Commission finally appears ready to issue the regulations needed to enforce full pay ratio disclosure.

CEO-worker pay comparisons for individual companies will likely start hitting the headlines the year after next. With these new stats, taxpayers will be able to see exactly which corporations feeding at the public trough are doing the most to make America more unequal.

With this information, average taxpayers could then do a great deal. They could, for starters, follow Senator Conley’s lead in Rhode Island and urge their lawmakers to reward — with our tax dollars — only those corporations that pay their workers fairly.

OtherWords columnist Sam Pizzigati, an Institute for Policy Studies associate fellow, edits the inequality monthly Too Much. His latest book is The Rich Don’t Always Win: The Forgotten Triumph over Plutocracy that Created the American Middle Class, 1900-1970. OtherWords.org.