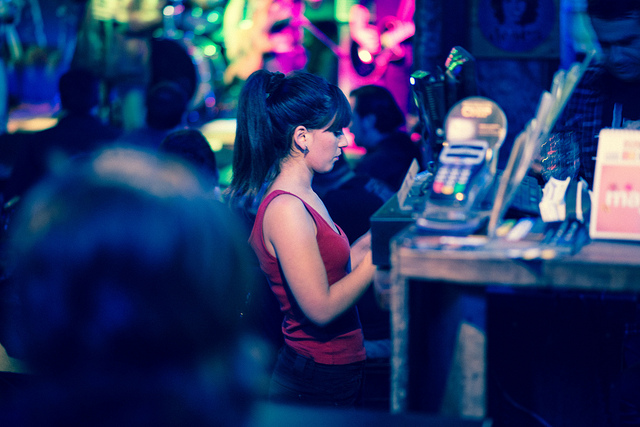 Your Server Isn’t on the Menu

For women who make their living off tips, sexual harassment is a constant workplace peril.
By Marjorie E. Wood | November 5, 2014

At a popular sit-down restaurant in Independence, Missouri, Allison waits tables for $3.60 an hour — the going rate for servers at her restaurant.

Advocates of raising the federal hourly tipped minimum wage of $2.13 up to the standard minimum wage — currently pegged at $7.25 — understand that living on tips is difficult. As Allison put it, “There are times when guests have left me one dollar or 50 cents just because they got angry at something.” 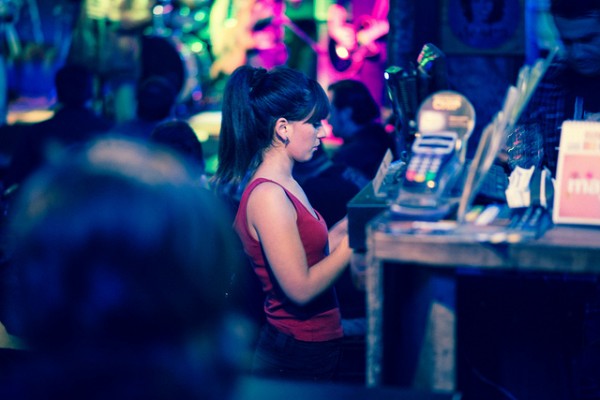 But there is another, less obvious, reason to abolish this sub-minimum wage, according to a new report from the Restaurant Opportunities Centers United (ROC).

Not only are servers like Allison more likely to be poor — they are also highly likely to experience sexual harassment on the job. The new report found that a staggering 90 percent of tipped workers in the restaurant industry are sexually harassed.

Surveying nearly 700 current and former restaurant workers, ROC — in partnership with Forward Together — found that customers, co-workers, and management regularly impose “unwelcome sexual advances, requests for sexual favors, and verbal or physical conduct of a sexual nature” on industry employees.

Women reported experiencing sexual harassment more often than men, with a majority of respondents encountering it on at least a weekly basis. Women were also more likely to say that sexual harassment was “an uncomfortable aspect of the work environment.”

Living on tips means that women — who make up two-thirds of all tipped restaurant servers — are forced to rely on customers for their income rather than on their employer.

This creates an environment, the report says, in which women must “please and curry favor with customers” for their livelihood. Often, that means tolerating unwanted sexual advances. So it’s no surprise that while the restaurant industry employs only 7 percent of American women, it generates more than a third of all federal sexual harassment claims.

Yet the phenomenon varies widely from state to state. Interestingly, the report found that in states that pay the same minimum wage to all workers — tipped and non-tipped alike — women were less likely to experience sexual harassment.

In so-called “$2.13 states,” however, tipped women workers were three times more likely to be told by management to “alter their appearance and to wear ‘sexier,’ more revealing clothing” than they were in states that had eliminated the tipped wage. And they were twice as likely to experience sexual harassment as women in states that have one minimum wage for all workers.

Men and non-tipped workers were also more likely to report being sexually harassed in $2.13 states.

What does all this add up to?

Eliminating the sub-minimum wage for tipped workers would do more than just improve women’s financial security. It would also create a safer, more equitable workplace where servers like Allison won’t have to tolerate inappropriate advances to make a living.

ROC is continuing to collect stories from tipped restaurant workers on its website at rocunited.org. If you’ve ever experienced sexual harassment in the restaurant industry, share your story with ROC.

It’s time to send a message to the industry and to policymakers that servers aren’t on the menu.