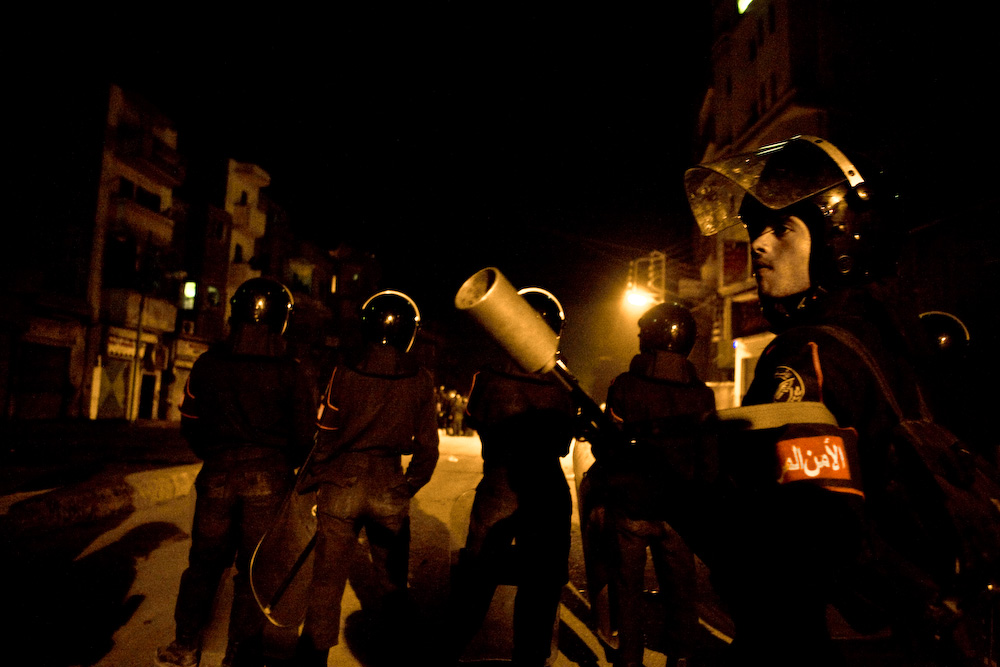 Washington wants to loosen aid restrictions even as security forces crack down on innocent Egyptians.
By Chris Toensing | March 9, 2016

Ever since the Black Lives Matter movement exploded into the headlines, violence by American police officers has come under fire from activists and ordinary citizens alike. Less discussed, however, is how the U.S. government winks at the police brutality of its client states abroad.

The military government in Egypt, for example, is cracking down hard on its restive citizenry — harder than any time in memory. And the United States, which sends the country over a $1 billion a year in security aid, is looking the other way.

The cops on the beat in Egyptian cities are a menace. They demand bribes from motorists on any pretense and mete out lethal violence on a whim.

On February 18, a Cairo policeman shot 24-year-old Muhammad Sayed in the head because the youth asked him for a few extra dollars to do the cop a favor. The policeman is facing murder charges. But, as in the United States, it’s common for Egyptian courts to acquit officers or send them away with a slap on the wrist. 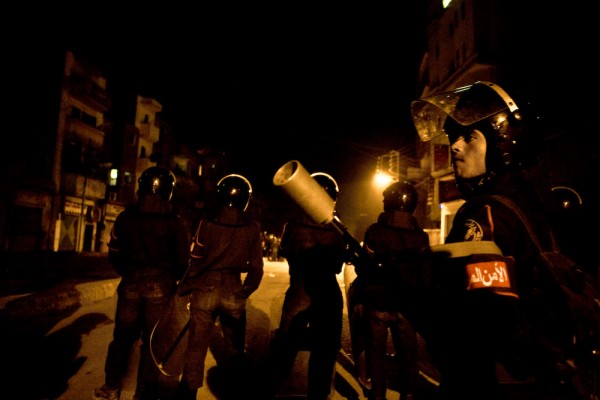 Beatings and other abuses are rampant at the country’s police stations.

Last month, according to the heroic El-Nadeem Center for the Rehabilitation of Victims of Violence, a Cairo-based group, there were eight deaths in police custody — and almost 80 cases of torture. The group estimates that nearly 500 Egyptians died in police custody last year, and over 600 were tortured.

Even worse are the plainclothes agents of the Interior Ministry, who operate with near total impunity against perceived political dissidents. When these secret police take people away, Egyptians say they’ve gone “behind the sun.” No one knows where the detainees are, and anyone who looks for them too long will go blind.

Those Interior Ministry goons are the leading suspects in the torture and murder of Giulio Regeni. The Italian graduate student was found dead on a desert roadside, his body bearing cigarette burns and other signs of repeated torture, in early February. He’d been missing for 10 days.

Because he was from Europe, Regeni’s case got a lot of media attention. But it’s grimly ordinary for Egyptians to disappear and die under similar circumstances.

Egyptians don’t take these outrages lying down. Students at the American University in Cairo, where Regeni was a visiting scholar, hung banners in protest. Thousands more surrounded a police station to demand justice for Muhammad Sayed.

Most famously, five years ago young protesters chose January 25 — designated by the government as Police Day — to start the enormous popular uprising that forced the octogenarian dictator Hosni Mubarak to step down. For a time after the 2011 revolt, the hated police disappeared from the streets, and neighborhood watches sprang up in towns and villages across Egypt.

But as the authoritarian state reasserted itself, so did the most appalling tactics of repression. Police torture, in particular, has become more frequent and more severe. El-Nadeem Center director Aida Seif al-Dawla calls it “a beast that took a break and came back in full force to take revenge.”

This makes it pretty odd timing for the United States to remove all the remaining human rights conditions on the $1.3 billion aid package it sends annually to its cherished ally on the Nile. But that’s exactly what the Obama administration is asking Congress to do.

Secretary of State John Kerry says human rights concerns in Egypt are outweighed by Washington’s “huge interests” there — among them a counterterrorism partnership, a strong state in a region roiled by civil war, the Suez Canal, and Egypt’s peace treaty with Israel.

These are the same arguments for “stability” that U.S. administrations of both parties have made for decades. The Egyptian regime gets the message, and so do the Egyptian people: Washington doesn’t care, ultimately, if the police state is unleashed.

The United States is in no position to lecture other countries about police brutality. But the Obama administration’s stance toward Egypt effectively condones it.