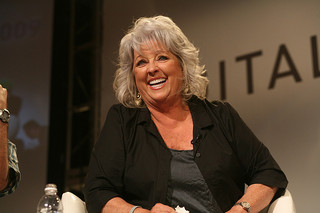 A Big Season for Falling Stars

Paula Deen and Aaron Hernandez are suffering fates of their own making.
By Donald Kaul | July 3, 2013

Reversals of fortune can be breathtaking. One minute, people are riding high, surfing the wave of life. The next, they tip over like capsized canoes.

Take Paula Deen. This Typhoid Mary of the obesity epidemic made untold fortunes in becoming the unchallenged champion of southern cooking. 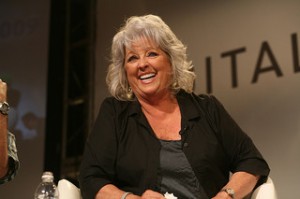 Her television shows, books, and restaurants were dedicated to the proposition that the only food groups that mattered were salt, sugar, and whipped cream. And if you could figure out a way to combine them with something deep-fried, so much the better.

I once turned on one of her shows and gained three pounds, just watching. But she’s a lively, cheerful sort, and her down-home charm won her hundreds of thousands, if not millions, of followers.

Until it was revealed, as part of a discrimination lawsuit filed against her, that she had used racist language in the past — the “N” word in particular — and allowed racist, sexist, homophobic, and anti-Semitic jokes to be part of the kitchen talk in at least one of her restaurants. Then there was that cringe-worthy concept of a “plantation-style wedding” with an all-black wait staff she suggested for her brother’s nuptials.

The Food Network immediately cancelled one of her shows and announced plans to sever ties with her. Smithfield Foods, Walmart, Target, Caesar’s Entertainment, and QVC, all huge sources of Deen’s income, quickly followed suit.

Shortly thereafter, Sears, Kmart, and J.C. Penney said they would stop selling products branded with her name, which prompted Random House to cancel a multi-million-dollar book contract with her.

Deen apologized. Then she apologized some more, desperately trying to stem the damage, but to no avail. The more she apologized, the more damage there was to stem.

Perhaps the cruelest blow fell when the pharmaceutical company, Novo Nordisk, fired her as its spokesperson for a diabetes drug. Thus ended the supreme hypocrisy of Deen, a Type 2 Diabetic whose recipes are virtual prescriptions for acquiring the disease, getting paid to flog its remedy. (It turned out she’d known she had the disease for several years but didn’t admit it until the drug company hired her.)

Her fans still love her. She’s still hugely popular with the huge people who keep lining up at her restaurants. But her days as a national figure are over.

He was 23, just approaching his prime, and had recently become a father. He survived a rough childhood and was set up to live happily ever after.

Until last month — when police arrested him and charged him with being involved in the murder of one of his own friends. That was shocking, but pro football is no stranger to off-the-field incidents of a similar sort, often involving gunfire. Usually it turns out that the player was simply in the wrong place at the wrong time.

But as this drama unfolded, it became obvious that the victim hadn’t merely been shot, but executed gangland style and that policed believed that Hernandez might have been personally involved.

Then, as the story spun out, police tied Hernandez to the recent drive-by shooting of two other acquaintances after they’d had an altercation with him. It was possible he’d been the triggerman, police said. That moved the story from OJ Simpsonville into Tony Sopranoland.

He was jailed without bond and the Patriots voided his contract.

In a blink, Hernandez went from a life of fame and fortune to facing a future in a maximum-security prison. And from what we know, it wasn’t even for a comprehensible reason. The killings grew out of two garden-variety barroom dust-ups.

I don’t know whether these stories have a moral, but I do know this:

When you’re on top of the world, there’s only one direction for you to go — down.

So watch your step.