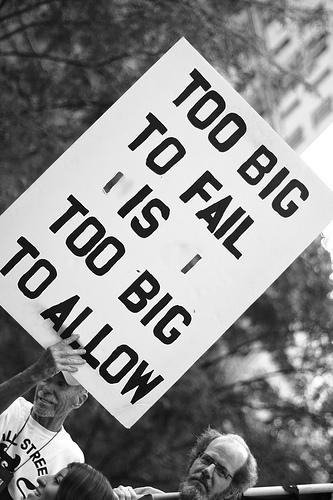 Putting more money in the hands of those who already have jobs so they can buy more Chinese imports does very little to put Americans to work in good jobs that pay good wages.
By John Cavanagh, David Korten | November 28, 2011

Most Americans are now waking up from the Thanksgiving holiday and the bruising Washington battles of a failed congressional “supercommittee” with a giant hangover. The hangover results from the lack of clear answers to the most important question facing most of us: Where are the jobs that our children, our communities, and our nation so desperately need?

Neither major national political party has a credible plan for putting America to work. Republicans generally argue that freeing Wall Street and the wealthy from regulation and taxes is the path to job creation. But we’ve tried that and wound up with sky-high Wall Street profits and bonuses at the expense of working people and Main Street businesses. 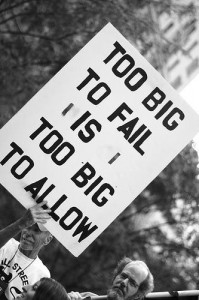 Democrats are more likely to see a need for appropriate regulation, a progressive tax system, and government stimulus spending. But both parties ignore the fact that putting more money in the hands of those who already have jobs so they can buy more Chinese imports does very little to put Americans to work in good jobs that pay good wages.

The two of us are the principal authors of a new report that offers a seven-point jobs plan that builds on a past American success story.

The economy we envision builds on the 1950s Main Street economy that created the American middle class and made our nation the world leader in industry and technology. That economy was a direct result of effective struggles by workers during the Great Depression to limit Wall Street power and hold it democratically accountable to Main Street needs and interests.

The government also raised taxes to pay for the GI Bill and other jobs programs that reduced inequality and created a vast middle class. This arrangement served America well for more than 30 years.

Then what happened? In the late 1970s, a well-funded Wall Street campaign began to roll back the rules and programs that created the middle class. After the election of President Ronald Reagan, an all-out assault on regulation, unions, and social safety nets shifted economic and political power from Main Street economies accountable to the interests of local people and communities to a global corporate-ruled Wall Street economy accountable only to itself.

These shifts laid the foundation for the 2008 financial crash and a massive wave of unemployment, foreclosures, and depressed wages. African Americans and Hispanics, few of whom ever enjoyed middle-class prosperity, have been particularly hard hit.

The Occupy movement has shifted the spotlight back onto an unaccountable Wall Street as the source of the economic failure that has weakened the nation and reduced millions of Americans to lives of desperation. This opens space for a much-needed national debate about what is required to put Americans to work rebuilding American strength and prosperity in a 21st-century world.

Beyond just creating jobs, we need to help people shift from jobs that are harmful or simply unproductive to jobs that address currently unmet needs.

Examples include the transition from jobs in military industries to jobs in environmental remediation and elder care, and from jobs guarding prisons to jobs rehabilitating ex-offenders. We need to shift the resources we’re squandering marketing junk food to children to teaching them, from mining coal to installing and maintaining solar panels, and from building an ever-increasing number of automobiles to expanding public transportation. More broadly, we need to shift from mining to recycling, from growing urban sprawl to retrofitting cities for sustainable living, and from financial speculation to the local financing of productive enterprises.

The structure of the 1-percent economy concentrates power in Wall Street institutions that primarily serve the richest 1 percent of humanity. An economy that works for all must distribute power equitably and democratically among people who share a vision of a world that works for all.

The time has come to shift from a Wall Street-driven economy to a Main Street-driven one built upon successful, independent, locally owned, human-scale enterprises.

John Cavanagh, director of the Institute for Policy Studies, and David Korten, board chair of YES! Magazine, are the principal authors of Jobs: A Main Street Fix for Wall Street’s Failures, a New Economy Working Group report.
Distributed via OtherWords (OtherWords.org)