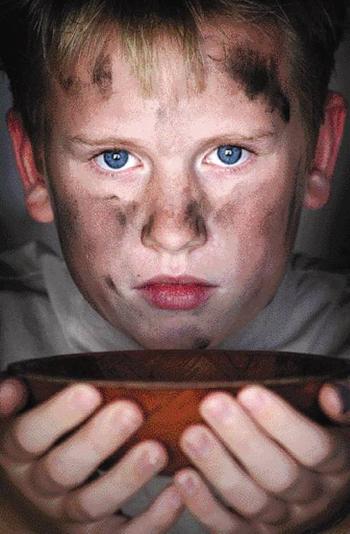 If the United States were to update the way we measure poverty, we'd find that about 28 percent of American families of four are now living in poverty.
By Salvatore Babones | November 14, 2011

The Census Bureau recently released a highly-anticipated report suggesting ways to improve the measurement of poverty in America. It found that adjusting for medical expenses, the value of benefits payments, regional differences in the cost of living, and other technical factors raised the poverty rate to 16 percent, up from the official count of 15.1 percent.

Needless to say, the new numbers are controversial. Advocacy groups tend to push for measurement changes that make more families eligible for benefits, while conservative organizations like the Heritage Foundation argue aggressively that the poverty line is already set too high. 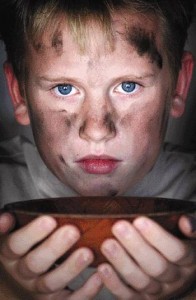 The truth is that even the 16 percent revised figure is way too low.

The poverty line we use today — official or recently revised — was fixed in 1969. Economists and social statisticians can debate whether or not it is a good measure of poverty, but good or bad it represents more or less what people in 1969 considered the minimum decent standard of living. Since 1969, the poverty line has been updated every year for changes in the cost of living (inflation).

It has not been updated for changes in the standard of living.

As a result, when we say that a family lives in poverty today, what we really mean is that that family lives in what was considered to be poverty in 1969. The standard of living represented by the poverty line hasn’t changed. According to the Census Bureau, 46.2 million (official definition) or 49.1 million (revised definition) Americans live in what was considered poverty in 1969.

The official poverty line for a family of four is $22,350. Updating that figure for growth in U.S. national income per capita since 1969 would yield a 2011 poverty line of $46,651. By that standard, about 28 percent of American families of four are now living in poverty, almost twice the official poverty rate. If that sounds high, it’s only because we are much more stingy today than our grandparents were in 1969.

This year is 2011, not 1969. The tortured technical debate over poverty measurement misses the point. However we measure it, our standard of what constitutes a decent standard of income should be higher in 2011 than it was in 1969. Our accepted poverty line is now 42 years out of date.

How long will it take before we accept that a 1969 poverty standard is just too old? It’s already too old. Human dignity requires that people today live better than people lived in 1969. Even poor people.

Salvatore Babones, an Institute for Policy Studies associate fellow, is a senior lecturer in Sociology & Social Policy at the University of Sydney.