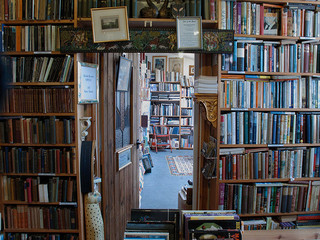 An Endangered Species Up in Arms

The number of students taking humanities courses is plummeting, and financing for liberal arts education is being tea-partied to death.
By Donald Kaul | June 26, 2013

I’m what used to be called “a generalist,” someone whose knowledge in any direction is a mile wide and a quarter-inch deep.

Sad to say, we generalists are an endangered species. 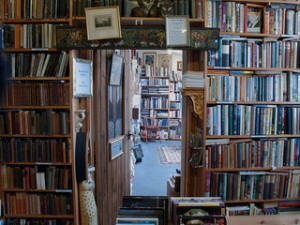 Everywhere, the pressure is on young people to specialize. They’re also being urged to concentrate on the so-called STEM subjects: science, technology, engineering, and math. Why? These are disciplines that can predictably get you a job upon graduating from college.

A Florida task force last year went so far as to suggest that college courses in the humanities — literature, history, the social sciences, the arts — be made more expensive than STEM courses just to steer students away from them.

This idea has the humanities people up in arms.

Duke University President Richard Brodhead headed a study group of educators, business leaders, artists, and politicians that recently delivered a report to Congress decrying the attitude that studying the humanities and social sciences is a waste of time.

“This facile negativism forgets that many of the country’s most successful and creative people had exactly this kind of education,” he said.

The report comes at a time not when hordes of students are crowding into “wasteful” humanities classes, but rather when attendance in them is plummeting and financing for liberal arts education is being tea-partied to death.

Our higher education system is forgetting what education is supposed to do in the first place.

I entered college as an engineering student — a mistake on the order of Napoleon’s decision to invade Russia. I was lucky though. I made a last-minute escape to the English department where I was not only allowed to read novels for fun but also find out about things I was actually interested in — history, psychology, architecture, and the arts.

I hasten to add that I had no idea what I was going to do with this information. Neither did my father, a tool and die maker who wanted me to join one of the more practical professions — preferably dentistry. He wanted me to make a living without being in danger of killing someone.

That didn’t appeal to me either. Like many students (particularly English majors) of the 1950s, I wasn’t going to school merely to learn a trade. I was out to become an educated person — well-read, witty, sophisticated — like someone in a Noel Coward play.

Unfortunately, Coward never tells you how his people earn a living. When I graduated with my English degree firmly in hand I had no answer for my father’s question: “What now, bigshot?”

Thus, I drifted into journalism. It wasn’t an unfamiliar story in the newspaper business of the time. Back then, it served as a refuge for failed novelists, playwrights, and other flotsam bearing a liberal education.

The thing is, it worked out fine for me. I led an interesting life, had a lot of fun, and earned enough to raise a family in modest comfort. Moreover, at one time or another, I pretty much put to use everything I had learned in college.

And that’s my point — a point these STEM people miss — there’s nothing wrong with learning for its own sake. Knowledge doesn’t go to waste. It comes in handy somewhere along the line, sometimes in the most unlikely places.

I realize that the world now is a very different place from the one I grew up in. Back then, you didn’t have to be a hedge fund manager to work your way through school for one thing. But another difference is that workers today change jobs, even professions, four, five, or six times during their working lives.

Specialists who know only one thing might be left out in the cold when circumstances change. Generalists have the intellectual tools to adapt.

Actually, we’d be better off if more of our politicians had read a few more good novels. Or if perhaps they’d written a poem or two.

Knowing something is always better than knowing nothing.