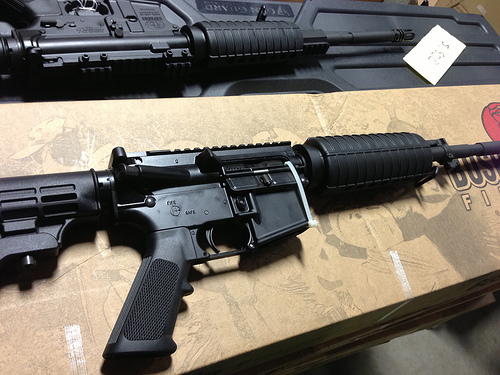 If what you need weapons for is to fight the government, semi-automatics don't cut it.
By Donald Kaul | February 6, 2013

They’ve been holding hearings on gun control up on Capitol Hill in Washington. It’s always an inspiring spectacle.

There are few things as bracing as watching terrified lawmakers duck behind the Second Amendment while they justify their lack of significant response to the latest mass murder committed by a lunatic with an assault rifle. They’d love to do something about it, you see, but the Constitution won’t let them.

As a matter of fact, pretty much all the arguments that gun advocates advance for virtually unlimited access to guns are pathetic.

The primary reason cited in the avalanche of mail I received on the subject recently is self-defense. Apparently, it’s a dangerous world out there and only a fool walks in it without protection.

I can see the attractiveness of that argument. But it essentially skirts the most important gun control issue: restricting access to “assault weapons.” Military-style guns aren’t good for much except killing a lot of people quickly.

They’re too unwieldy to be a practical self-defense tool. And do you really want large numbers of people walking into schools, supermarkets, and banks with what amount to machine guns slung over their shoulders? 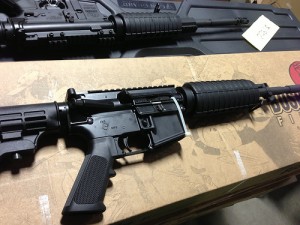 As for warding off home invasions, you can do as well with a shotgun or handgun. And a ban on either of those kinds of weapons isn’t on the table.

Then there’s the matter of accessories like high-capacity magazines and silencers, which the NRA seeks to shelter from control. What has that got to do with self-defense against a home intruder?

But self-defense is not the only justification for the Second Amendment, my correspondents informed me. The Framers intended to arm the people against their government, in case it turned tyrannical, they said.

Well, the Constitution was written 226 years ago after the Revolutionary War. It’s easy to imagine citizens of the time feeling a need to protect themselves against oppression.

But today it’s an unrealistic and paranoid view — and I must report that a lot of the people who write me on the subject seem very paranoid. Really, if what you need weapons for is to fight the government, semi-automatic weapons don’t cut it. You need fully-automatic machine guns, rocket launchers, landmines, helicopters, and drones. Is that what the Founders had in mind? Get serious.

Besides, the best defense against tyranny is robust democracy.

The NRA does have some ideas to prevent the next Newtown — bad ones. It wants to put an armed guard in every school in the country, an idea so impractical as to be risible.

It would cost a damn fortune, for one thing. How would we pay for it? Gutting art and music programs? And who would these guards be? Off-duty policemen? We don’t have enough cops to go around now. Minimum wage rent-a-cops? Right. That’s whom you want walking around your school locked and loaded.

Some would arm the teaching staff. That just seems loony to me. Do you want your kid’s science teacher pretending he’s Dirty Harry? I didn’t think so.

Others seized upon the idea of better screening for mental health problems that might lead to violence.

Now that’s an idea that has some promise. All people who buy or own weapons should be required to pass a psychological exam before they get society’s permission to go around packing heat.

There’s the question of whether an assault weapons ban would make much difference and, sad to say, I can’t guarantee it would. There are too many weapons already out there to think shutting off the spigot will do the trick.

Still, it would be nice to at least try something, to show we care.