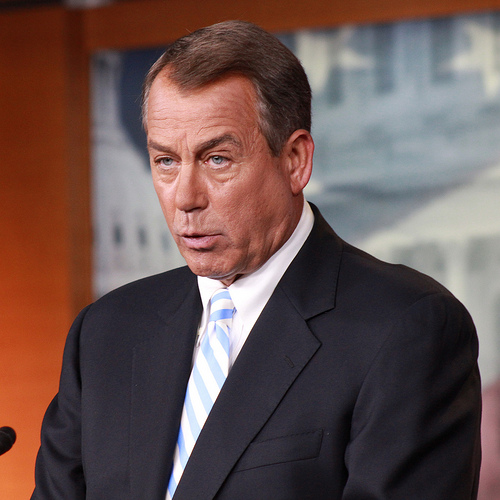 Republicans are calling for a "compromise" as they gear up for another knock-down-drag-out fight.
By Donald Kaul | February 13, 2013

The other day, House Speaker John Boehner accused Barack Obama of being mean to the Republican Party. Our president, he said, was trying to “annihilate” the party and “shove us into the dustbin of history.”

Would that it were so. If ever a political party needed annihilation, it’s the current Republican model.

Having lost the November presidential election handily — by some five million votes — the GOP suffered a moment of self-doubt. At a meeting of Republicans later that month, Louisiana governor Bobby Jindal, one of the rising stars of the party, called for Republicans to “stop being the stupid party.”

He suggested that they broaden their appeal to include the rising minority groups in the nation.

The Republicans, especially those holding seats in the House of Representatives, thought about that for about 15 minutes, then said: “Nah.” And no wonder. In recent decades the Republican Party has served as a bulwark of ignorance whose mission is to hold back the nation’s progress. It’s the party of climate change deniers, creationists, anti-conservationists, tin-foil-hat collectors, and those people who dress in camouflage outfits hoping that someone will take them for war heroes. Get rid of that crowd and there wouldn’t be enough Republicans left to serve as pall bearers at the party’s own funeral.

Which is not to say Republicans don’t have a plan. They do. The technical name for their new electoral strategy is “cheating.” 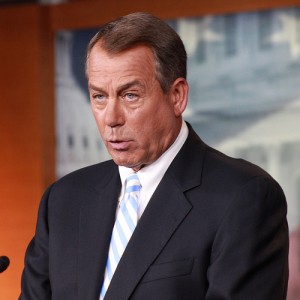 In swing state after swing state, Republican legislatures, having redistricted all semblance of democracy out of their congressional and state assembly districts, are contemplating doubling down on the Electoral College. They claim that it yields unfair representation in presidential elections. The Republican answer is to make it even more unfair.

Republicans in Pennsylvania, Florida, Michigan, Ohio, Wisconsin, and Virginia are working on plans that would allocate electoral votes by the number of congressional districts carried, rather than by statewide popular vote.

Here’s how it would work: My state of Michigan, for example, has 14 congressional districts and 16 electoral votes. President Obama, while he won the state by 450,000 votes, carried only five of the 14 districts. So Republicans, instead of getting no electoral votes, would pick up nine. (Some analysts have calculated that if similar plans had been in place last year, Mitt Romney would have won the election, despite getting five million fewer votes than his opponent.)

So yeah, Mr. President, if you get a chance to annihilate those losers you should take it. Do it to them before they do it to you.

While there’s a good chance Republicans will sober up before they take drastic election-rigging measures, there’s no doubt that they’re gearing up for another knock-down-drag-out fight. Only this time they’re calling it “compromise.”

I watched Paul Ryan, the failed vice-presidential candidate, on one of those Sunday TV talk shows and he said he was all about compromise.

Striking a theme that we are sure to hear again and again in the coming months, he said that the gridlock in Washington was Obama’s fault. “He’s looking to go farther to the left,” Ryan said, “and he wants to fight us every step of the way politically.”

He said that if someone like Bill Clinton were still president, he’d have had the country’s problems solved by now.

Even for someone like Ryan, who is always careful to keep truth at a safe distance, that’s a whopper.

When the freshly minted President Clinton raised taxes early in his first term, he did so without a single Republican vote. Not one. Neither did he get any support for his efforts to fix our national health care mess.

The tax boost increased revenue and allowed Clinton to balance the federal budget for the first time in decades. The grateful Republicans spent the next six years trying to impeach him. And that was when Republicans were reasonable, compared to what we’ve got now.

So I don’t think Obama is going to annihilate the Republican Party. I guess I’m just a pessimist.