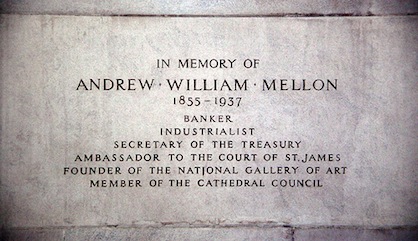 The Power Politics behind a Long, Gilded Life

The last link between America's plutocratic past and present has left us.
By Sam Pizzigati | March 26, 2014

Let us pause now to pay our respects to Bunny Mellon. She died in mid-March on her Virginia horse-country estate. But no tears, please. Bunny — nobody called her by her given name Rachel — lived a long and rich life. 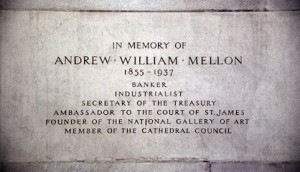 One hundred and three at her death, Bunny Mellon spent every year of her century-plus life in luxury. Her grandfather had made a fortune off Listerine, her father off Gillette. She became wealthier still. In 1948, she married Paul Mellon, the only son of Andrew Mellon, one of the richest men in 1920s America.

Paul and Bunny would spend over 50 years together, shuttling between their horse farm and an assortment of other homes in Antigua, Paris, New York, Washington, Nantucket, and Cape Cod.

One obituary describes Bunny Mellon as “the last standing true American aristocrat.” Bunny’s life actually holds a deeper historical significance. At her passing, she represented the last link between America’s original plutocrats, the gang that ushered in the Great Depression, and our contemporary plutocrats, the crew that gave us the Great Recession.

Mellon had her high-society debut in October 1929, the same month the stock market crashed. America’s top 1 percent was then collecting nearly a quarter of the nation’s income, a level the nation’s deepest pockets would not match again until Bunny Mellon’s last decade.

Bunny’s life, in effect, saw the demise of one plutocracy and the rise of another.

And that presents us with a bit of a mystery. How did Bunny’s mammoth family fortune survive the mid-20th century, a span of years that saw America’s other original plutocratic fortunes battered down by a 91 percent federal tax on income over $400,000 and a 77 percent estate tax on bequests over $10 million?

The answer: The Mellons had an ace up their sleeve. Bunny’s father-in-law, Andrew Mellon, didn’t just hold a huge fortune. He held enormous political power, as the longest-serving secretary of the treasury in U.S. history. On his watch, between 1921 and 1932, America’s top income tax rate, 77 percent on income over $1 million in 1918, would drop to just 25 percent.

Mellon despised the estate tax even more than taxes on high incomes.

“The social necessity for breaking up large fortunes in this country,” he pronounced in 1924, “does not exist.”

Congress had enacted a gift tax to prevent the wealthy from sidestepping estate tax levies by “giving” their money away to family. Mellon in 1926 had this gift tax eliminated — and then showered his dear ones with millions in untaxed gifts.

Mellon also had the Treasury Department quietly issue tax rebates to the rich for the high taxes they had paid before tax rates started falling. These rebates upped his own net worth by the equivalent of over a quarter-billion dollars today.

Mellon’s grand fortune, thanks to maneuvers like these, passed largely intact to his nearest and dearest. In 1957, Fortune published a list of America’s wealthiest individuals. Half of the top eight owed their wealth to Andrew Mellon.

This immense wealth enabled Bunny Mellon to skate through the mid-20th century. Her rich contemporaries found the going much more difficult. By the 1950s, newly restored high taxes on America’s richest people had their grand estates turning into college campuses and suburban housing tracts.

Not all the rich, to be sure, had such a hard time in the high-tax years right after World War II. Oil industry fortunes flourished mightily, fueled by a set of special tax breaks zealously guarded by the nation’s two most potent lawmakers, House speaker Sam Rayburn and Senate majority leader Lyndon Johnson.

These Big Oil fortunes — with substantial Mellon heir cash on the side — later bankrolled a new conservative political infrastructure and set the stage for the Reagan era’s wildly successful assault against high taxes on America’s richest.

By Bunny Mellon’s golden years, that assault had completely recreated the plutocracy of her youth. She outlived America’s era of greater equality. The great irony: Greater inequality, public health researchers have documented, tends to limit how long the rest of us live.