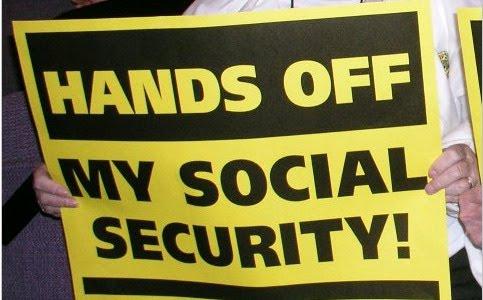 Chained COLAs and the Battle over Social Security

The supercommittee shouldn't have considered this unreasonable, unprincipled, and unfair cost-cutting plan.
By Salvatore Babones | December 19, 2011

Like something out of a bad movie, the failed congressional supercommittee plotted to use “chained COLAs” to cut future Social Security benefits for America’s retired workers.

No, chained COLA isn’t some kind of carbonated beverage gone bad. It’s a new way to calculate cost of living adjustments that will reduce Social Security benefits more and more every year. It represents the ultimate triumph of theory over reality. 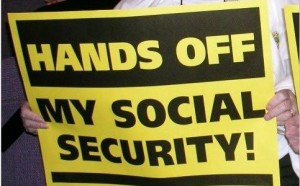 The supercommittee’s basic idea was that when prices go up, you cut back on consumption. When the price of gasoline went up from $3.00 to $3.60 a gallon, you probably started driving less. You had to. You couldn’t afford gas at $3.60 a gallon.

To anyone who knows how to do percentages, when prices went up from $3.00 to $3.60 a gallon, they went up 20 percent. If you want to keep driving like you used to, it’s going to cost you 20 percent more than it used to. It’s that simple.

It’s not that simple to the economists who want to cut Social Security. They argue that when prices went up to $3.60 a gallon, you bought less gas. Maybe you took the bus more than you used to. Either way, you didn’t buy the same amount of gas that you bought before.

Learning how to live on a fixed income for the rest of your life is hard enough. With the chained COLA system, you’d have to learn how to adjust your lifestyle every year the way government economists expect you to. If the price of gas goes up 20 percent, for example, they’ll figure out what you could buy instead of gasoline and adjust your COLA accordingly.

Of course, it’s not quite that simple. Everyone has different consumption habits and buys different things. The current method for making cost of living adjustments assumes that everyone consumes just like the average consumer. That’s not perfect, but it’s worked well enough for almost 100 years now.

The chained COLA method uses an economic model to figure out how people could better spend their money so that they can remain just as well off even though prices have gone up. It’s unreasonable, unprincipled, and unfair. The supercommittee considered it for one reason and one reason only: to cut future Social Security payments.

Our lawmakers shouldn’t balance the budget on the backs of America’s retired workers.