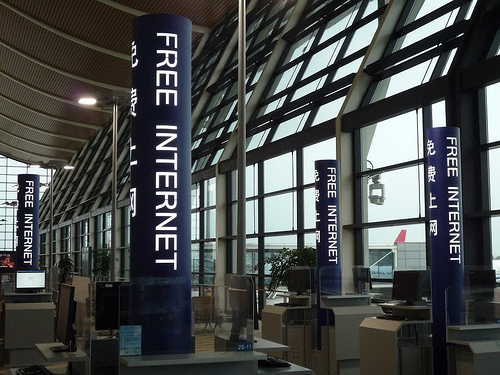 Corporate Interests Are Warping the Internet

Someone submitted millions of fake comments against the open internet using stolen identities — including mine.
By Mark Luskus | December 13, 2017

My identity was stolen this year. The perpetrator didn’t open credit cards in my name or gain access to my finances. Instead, they used my name to submit a comment to the Federal Communications Commission (FCC) in support of repealing net neutrality rules.

Those rules, enacted in 2015, declared the internet to be a free and open place. They prevent internet service providers, or ISPs, like Comcast and AT&T from restricting access to any websites — either permanently or to charge you more money to access them.

That’s what net neutrality rules protect consumers from when it comes to the internet.

But Ajit Pai, the current FCC chairman and a former lawyer for Verizon, has scheduled a vote to repeal net neutrality. To do this, he had to solicit public to comment on the matter.

Why? Because of the 22 million comments received, half or more of them appear to be fake, likely posted by bots or special interest organizations attempting to sway the FCC’s opinion. When I checked the FCC’s website, I learned that one of those fake comments used my own name and address.

Someone had stolen my identity to advocate for a position that I didn’t agree with.

Several people and organizations, including the New York attorney general, have petitioned the FCC for information on the scale and origin of fake comments. However, the FCC has rejected these petitions.

As a federal agency, the FCC should be far more concerned about the identity theft of the citizens they’re tasked to represent.

Internet providers like Verizon, the former employer of the FCC chairman, complain that net neutrality rules slow their investments in internet technology. However, ISPs exist in a shockingly non-competitive market.

More than 50 million households in the United States have only one choice of provider, and those providers score the lowest customer satisfaction rates of all 43 industries tracked by the American Consumer Satisfaction Index. Personally, I’ve never had an ISP that offers reasonable customer service or internet speeds and reliability at the levels I pay for.

This isn’t an industry that consumers are satisfied with, so why should they hold even more power than they already do? No wonder they have to rely on sleazy tactics like stealing identities and posting fake comments.

The internet has become an essential tool in the 21st century. A small handful of companies shouldn’t have the power to decide which parts of it people can access.

Corporate-funded lies and identity theft highlight a major threat to the benefits of increased communication. How can we prevent special interest groups from warping the internet to spread misinformation and further their political goals?

That’s a question we must answer, because misinformation campaigns are rampant, and they’re being used to restrict your rights and freedoms. But at the very least, a former Verizon employee shouldn’t hold the power to give ISPs a major win at the expense of consumers — and a free and open internet.

Mark Luskus is a med student at Emory University. He’s interested in infectious diseases and public policy. Distributed by OtherWords.org.