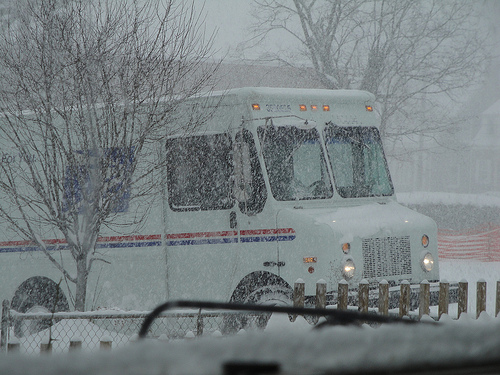 If the Postal Service were run like Congress, postal workers would only show up on Tuesdays, Wednesdays, and Thursdays — except when they were on vacation, which would be a lot.
By Donald Kaul | February 27, 2013

The Postal Service says it’s going to stop delivering mail on Saturdays. This won’t happen until August, but the overseers of our postal workers in Congress are already swooning.

“Outrageous” is the cry rolling through the halls of the Capitol.

Can’t help it, responds Postmaster General Patrick R. Donahoe. Our postal service is hemorrhaging money, he says, and we have to cut back. Cutting Saturday delivery would save $2.7 billion a year.

I don’t know about you, but my mail consists mainly of bills, circulars, and requests for money. I can get by with five days of that instead of six.

Apparently Congress can’t. Many of our lawmakers are fuming. Senate Majority Leader Harry Reid called it “short-sighted” and a “crippling blow.”

Whoa! Am I hearing right?

Listen, if the Postal Service were run like Congress, postal workers would only show up on Tuesdays, Wednesdays, and Thursdays — except when they were on vacation, which would be a lot.

Postal workers would repeatedly go overseas on fact-finding missions and come back empty-handed. Empty-headed too, for that matter. 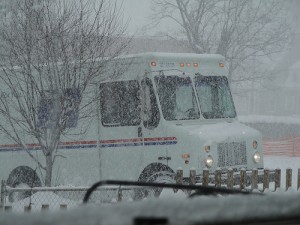 They’d have to change their motto from, “Neither snow nor rain nor heat nor gloom of night stays these couriers from the swift completion of their appointed rounds,” to, “Will deliver mail for campaign contributions.”

The postal system today is under siege from the Internet. The volume of mail handled by the postal service dropped 22 percent between 2007 and 2011. People complain about the Postal Service all the time. But that’s largely because people these days complain about almost everything all the time.

My own experience with the Post Office has been excellent. The clerks at the office I frequent are polite and helpful. The mail I send gets where it’s going in a reasonable time. And my postman knows my name.

The Postal Service is a strange, hybrid creature. It’s not quite private, but not completely public either. It doesn’t get any money from Congress, but Congress gets to decide how it runs its business.

It’s saddled by our lawmakers, for example, with the obligation of setting aside $5.5 billion every year for future retirees, an obligation that no other entity, public or private, endures.

Meanwhile, we have the cheapest first class rates in the English-speaking world.

A first class stamp in Canada costs 63 cents. In the United Kingdom, it’s the equivalent of 94 cents. Here, it’s 46 cents. And we complain about that, naturally.

The Postal Service is running about a $16 billion-a-year deficit these days. It has some ideas to close the gap, beyond getting rid of the pre-funding of retirement benefits and dropping Saturday delivery. It would like to reduce door-to door service in favor of centralized neighborhood mailboxes, and run its own health care system. But it can’t do all of that without Congress’s cooperation, which seems to have gone on permanent vacation.

Sometimes I think we’d be better off if we let Congress run the mail system and let postal workers run the country.

At least they’d show up for work.