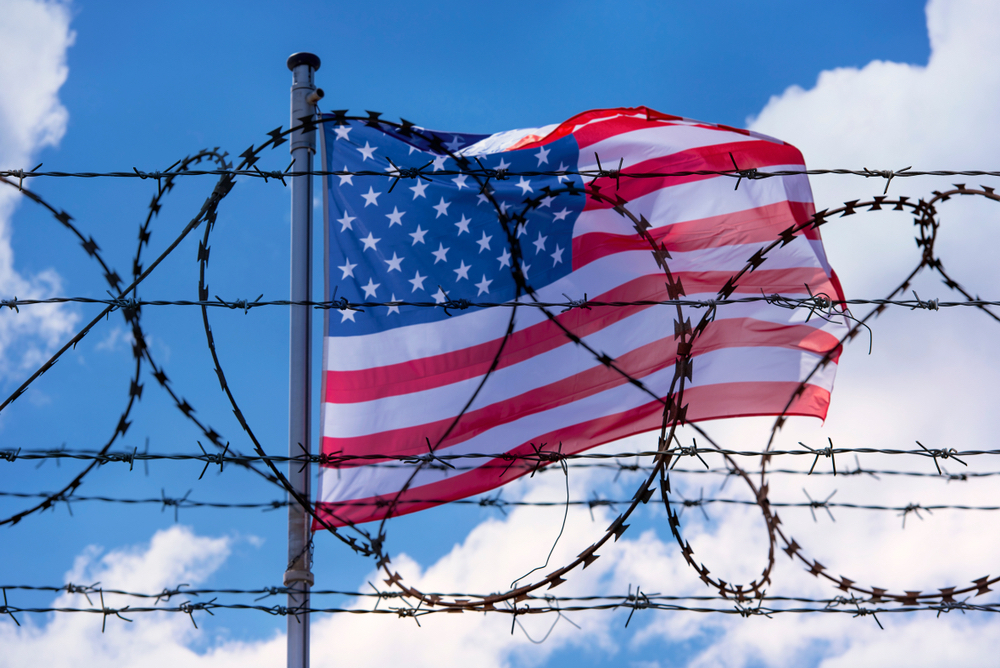 Until the federal government stops its relentless persecution of immigrants, it's up to us to provide refuge in whatever ways we can.
By Chia-Chia Wang | July 18, 2018

In the early hours of a winter day in 2017, “Laura” — a Montclair, New Jersey resident and single mother of four — received a visit from the local police, responding to a household dispute that had taken place hours beforehand.

The police took Laura to Montclair jail, where they inquired into her immigration status. Laura refused to reply to a question about her “papers.” That evening, she was transferred to Essex County Jail, which has a contract to house Immigration and Customs Enforcement (ICE) detainees.

Three days later, she was taken into ICE custody and detained at Elizabeth Detention Center in Union County, where she would remain imprisoned for three and a half months.

I first heard Laura’s story through my work addressing conditions in detention centers and advocating for policies to stop detentions and deportations. I’ve met hundreds of families whose lives are thrown into chaos, who spend months or years in detention, and who get deported to countries they haven’t seen in decades.

Often it’s a chance encounter with law enforcement that sets these events in motion. Because of this, I spend a lot of time trying to keep ICE out of our communities.

As the abuses perpetrated by ICE gain widespread attention, so too do the calls to abolish the agency. But while we’re working to end ICE long-term, we also have proven, effective methods to reduce the harm they’re causing now. These include robust sanctuary policies that end the collusion with local law enforcement that ICE relies so heavily on.

ICE is notorious for racial profiling, human rights violations, and for a lack of accountability and transparency.

In 2017, immigration enforcement activities went up 30 percent nationally, and 42 percent in my state of New Jersey. This means more New Jersey immigrant communities are being torn apart. It means that New Jersey is losing important labor force and tax contributions. It means taxpayers are footing the bill for costly and immoral immigrant detention. And it means more children will grow up without their parents.

This pattern is being repeated in states all over the country.

Here, we’re using sanctuary policies to protect our communities from these abuses. This March, after years of public pressure, Hudson County ended its controversial partnerships between local law enforcement and ICE. Cities like Newark and Jersey City — where many residents are foreign-born and may have family members with no or pending immigration status –—have adopted strong and meaningful policies to not collaborate with ICE.

Hundreds of localities are considering, or have passed, sanctuary policies to preserve privacy, protect data, ensure access to services, and cut ties with the federal government’s increasingly aggressive immigration raids, detentions, and deportations.

For Laura and her family, policies like these could have helped prevent the devastating consequences of her incarceration. While detained she lost her job, and her children were forced to stay with her abusive partner. Though Laura is out on immigration bond, she still hasn’t reunited with her children and is living in poverty.

The good news is that sanctuary policies work. According to a study by the Migration Policy Institute, the majority of ICE arrests rely on some form of collaboration with local law enforcement, and jurisdictions that limit their cooperation with the agency see arrest and detention numbers go down.

Here in New Jersey, I’ve seen the destruction caused when ICE is allowed to operate unchecked, and I’m proud of the work we’ve done — in coalitions across the state — to protect the rights and lives of all New Jersey residents. Thousands of others are campaigning hard in other states, too.

Until the federal government stops its relentless persecution of immigrants, it’s up to us to provide refuge in whatever ways we can.